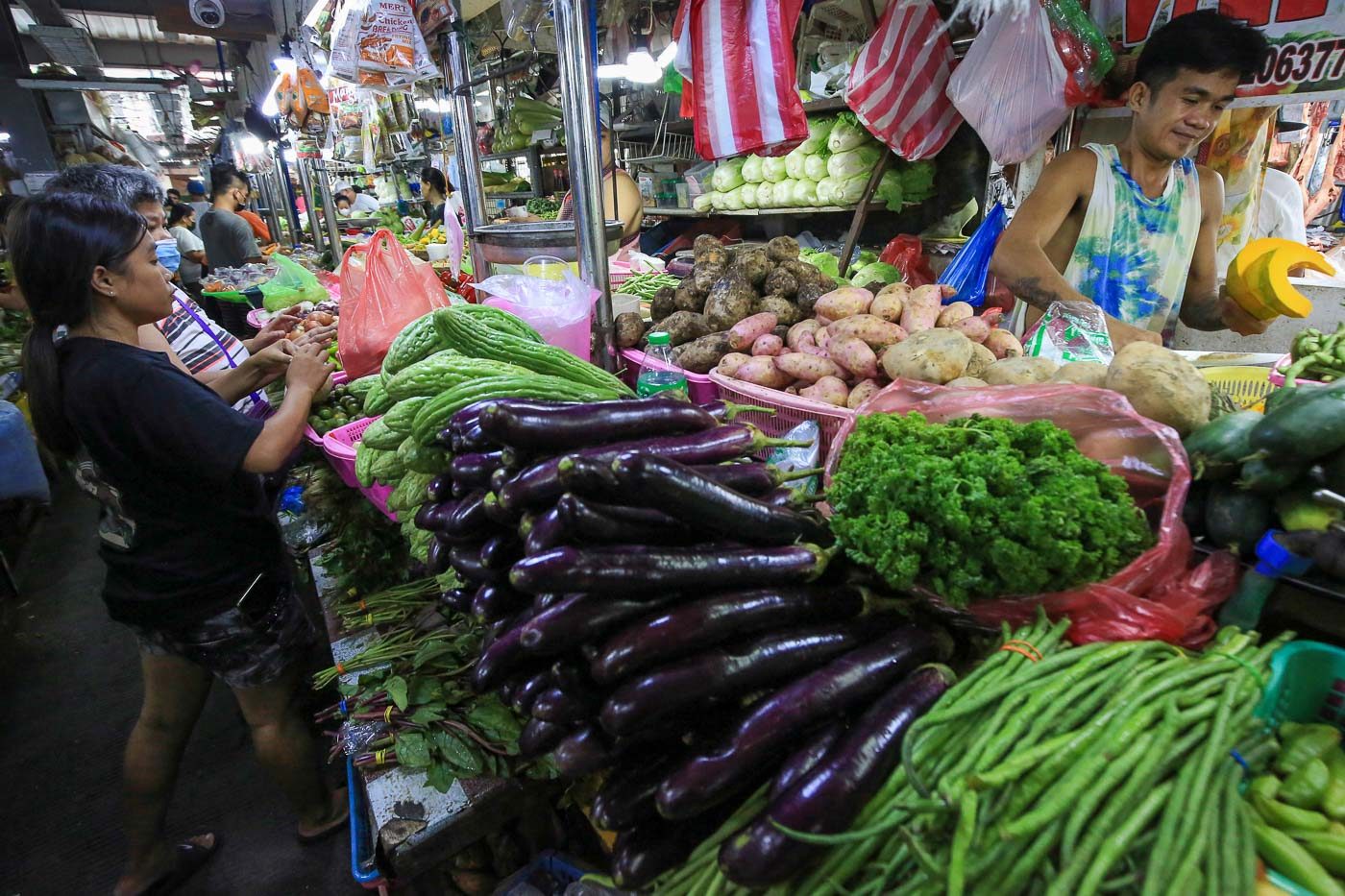 FOOD INFLATION. Shoppers and vendors are busy at the Paco Public Market in Manila on October 6, 2022.

MANILA, Philippines – The Philippines’ inflation rate spiked to a nearly 14-year high of 7.7% in October, as a confluence of global shocks and gaps in domestic policies trigger a consumer crisis.

National Statistician Dennis Mapa said on Friday, November 4, that the 7.7% posted in October 2022 is the highest since December 2008’s 7.8%, when the world suffered a financial crisis.

The latest figure tops the 6.9% posted last September. It is also well above the average of around 4% since the start of the new millennium, and nearly double the high end of the government’s current target range of 2% to 4%.

The inflation rate of food and non-alcoholic beverages accelerated to 9.4% in October from 7.4% in September, as a result of external price pressures, including Russia’s invasion of Ukraine, disrupted global supply chains, and the lingering impact of recent storms.

Mapa said there is a high probability that October’s 7.7% is not yet the peak, given recent storms pushing up food prices.

Inflation flaring up to this level was expected by the Bangko Sentral ng Pilipinas, which estimated the rate falling between 7.1% and 7.9%.

He said those affected by recent storms should immediately be given aid.

“Our immediate priority is to continue supporting the most vulnerable sectors of the economy, hence, the cash transfers and fuel discounts will continue. This will alleviate the effects of the sustained increase in commodity prices as a result of global headwinds as well as the recent typhoons which damaged our domestic production and disrupted food supply,” Balisacan said.

The country’s chief economist added that it is “high time” to boost support for agriculture.

Inflation is among President Ferdinand Marcos Jr.’s stickiest economic issues, with a Pulse Asia survey showing 42% of Filipinos disapprove of his administration’s performance in cooling prices.

While inflation has hit most countries, experts have repeatedly emphasized that Marcos could take various steps to address it, including shifts in import policies or addressing domestic supply constraints. – Rappler.com