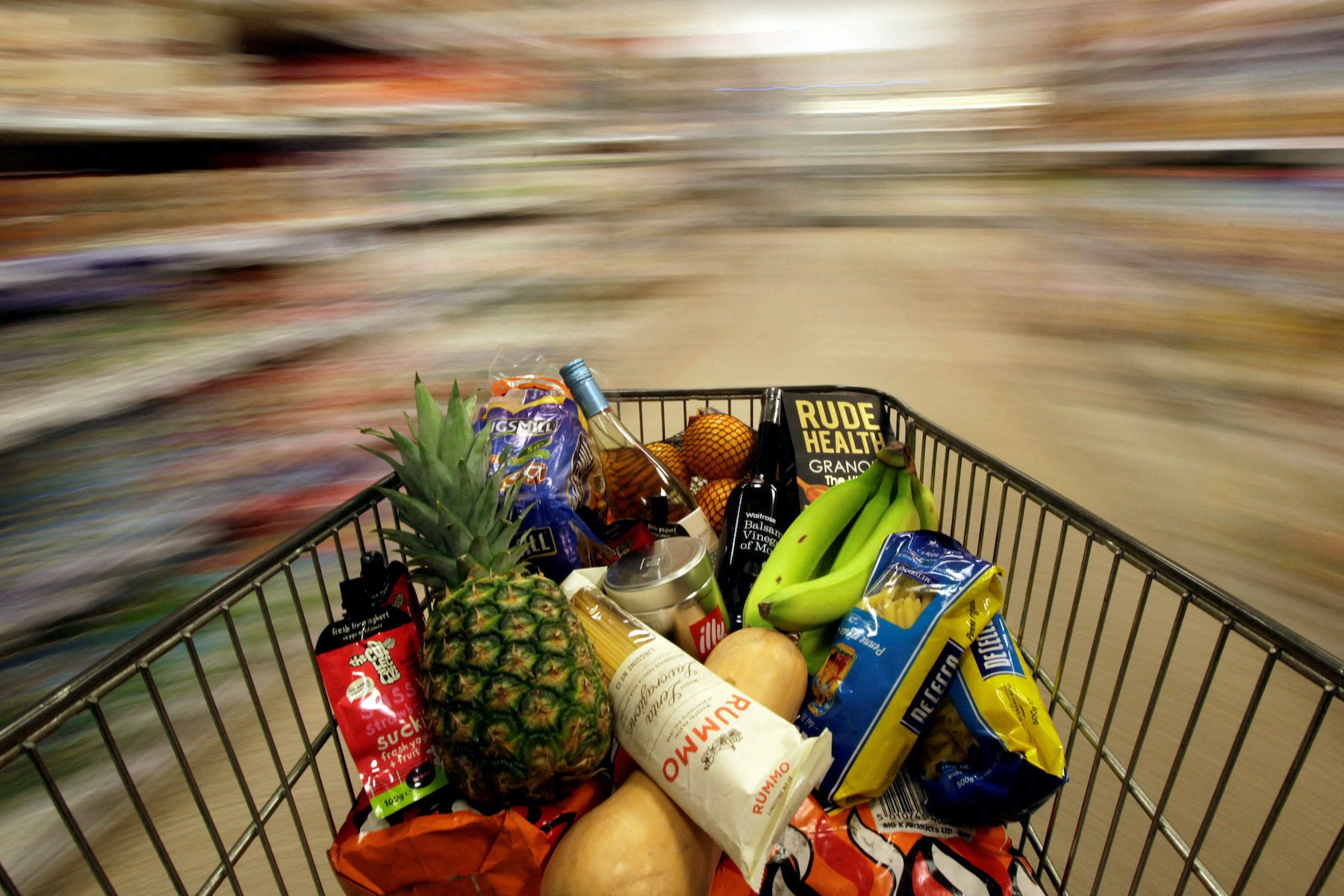 INFLATION. A shopping trolley is pushed around a supermarket in London, Britain, May 19, 2015.

Consumer prices rose 11.1% in the 12 months to October, the most since October 1981 and a big jump from 10.1% in September, the Office for National Statistics (ONS) said on Wednesday, November 16.

Economists in a Reuters poll – many of whom think inflation is probably peaking around now – had forecast inflation would rise to 10.7%.

Inflation would have risen to around 13.8% in October had the government not intervened to limit the price of household energy bills to 2,500 pounds ($2,960) a year on average, the ONS said.

In response to the data, Hunt – who is due to outline a new budget on Thursday, November 17 – said “tough but necessary” decisions were required to tackle rising prices.

“It is our duty to help the Bank of England (BoE) in their mission to return inflation to target by acting responsibly with the nation’s finances,” he said in a statement.

Analysts said the jump maintained pressure on the BoE to keep on raising interest rates but the scale of austerity due to be announced on Thursday could mean borrowing costs need to go up by less.

“The UK is in a fairly unique situation where the government is planning a vast program of measures to help balance its books,” Ellie Henderson, an economist with Investec, said.

“The scale of fiscal tightening proposed will no doubt drag on economic growth and as such should bring inflation down with it, opening the door for the Bank of England to tighten policy at a less aggressive pace.”

But Mike Bell, global market strategist at JP Morgan Asset Management, said Wednesday’s data suggested inflation pressures from the tight labor market had been underestimated and the BoE would probably raise rates to a peak of 4.5% from 3% now.

“These numbers sit uncomfortably alongside the message sent from the Bank of England…when it argued that only modestly higher interest rates would be necessary to bring inflation back towards its 2% target,” Bell said. “We are not so convinced.”

The BoE had predicted inflation of 10.9% in October in forecasts published this month.

Hurting those on the lowest incomes the most, 12 months to October prices of food and non-alcoholic beverages rose at the fastest rate since 1977, the ONS said.

The cost of milk has increased by almost 50% in the past year, the figures showed. Pasta prices have increased 34%, butter 30%, and cheese 27%.

Unlike the leap in the headline number, core inflation – which excludes food and energy and other volatile components – was unchanged at 6.5%.

The lowest-income households, for whom energy and food take up a bigger share of spending, suffered an inflation rate of 11.9% while top earners faced a 10.5% rate, the ONS said.

Centre for Cities, a think tank, said some of Britain’s most deprived towns and cities were suffering from the highest effective rates of inflation.

The northern English town of Burnley – where some pensioners are skipping meals to make ends meet – tops the list. Consumer prices there have increased 13% over the last year.

Producer price data showed there was still inflation pressure in the pipeline but hinted at a possible slowdown.

Manufacturers’ costs for raw materials and energy rose at their slowest pace since March but at 19.2% the increase was still huge by historical standards.

Prices charged by factories rose by 14.8% in the 12 months to October, the slowest increase since April. – Rappler.com