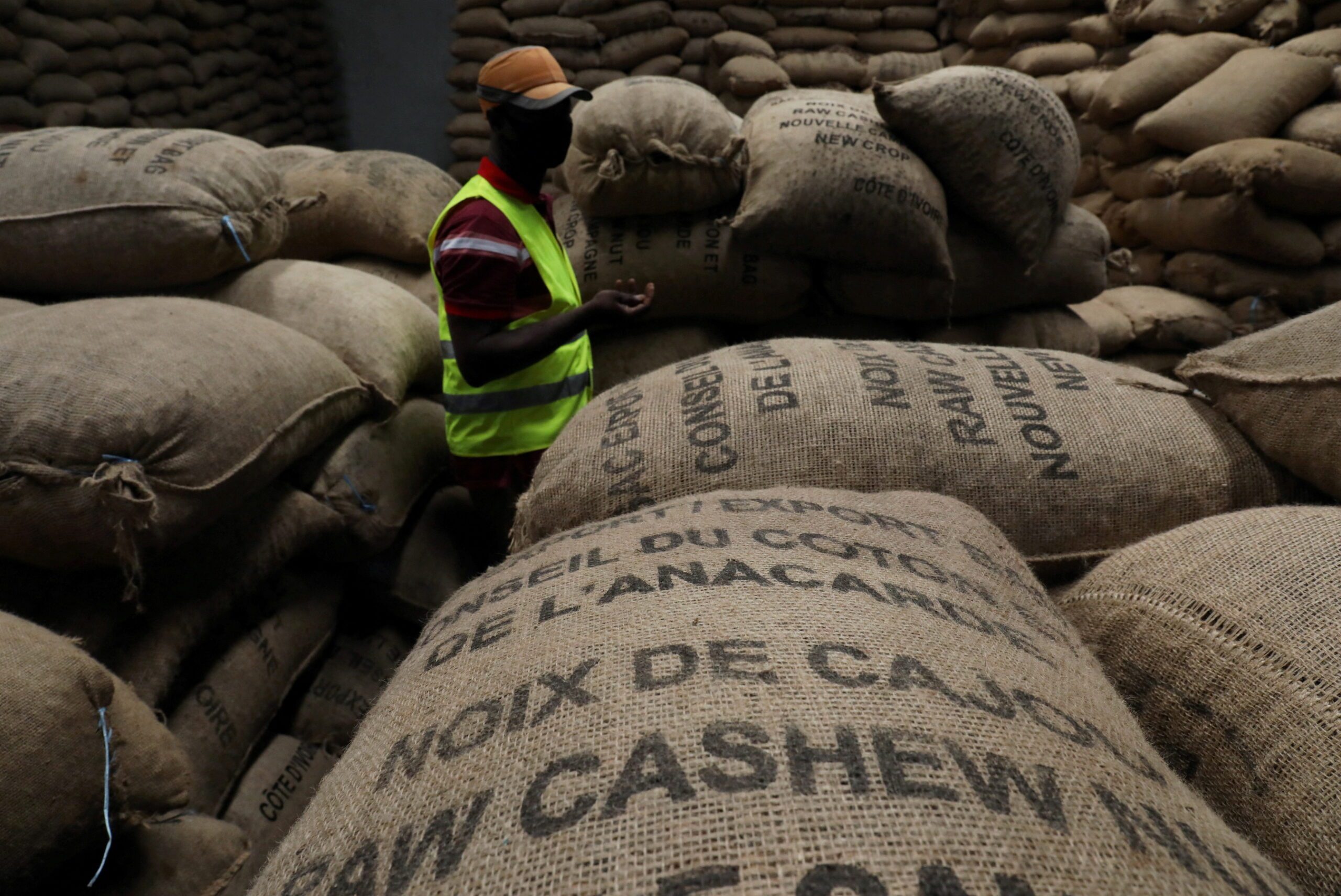 CASHEWS. A worker checks the cashew nut bags at a warehouse in Abidjan, Ivory Coast, May 13, 2020.

ABIDJAN, Ivory Coast – Ivory Coast cashew processors are being driven towards bankruptcy by Asian exporters who buy up all the local supply, thwarting a government plan to invigorate the sector, company sources said.

Five Ivorian processing companies have gone bankrupt and closed their factories in the last two years, while four others are in difficulty and have considerably reduced their activities, according to interviews with company leaders.

Ivory Coast, the world’s top cocoa producer, produces about 1 million tons of cashews a year and aims to process half of that locally by 2025. Currently, only about 100,000 tons of cashews are processed within the country annually, and less than 25,000 tons by Ivorian-owned firms.

The government offers companies a bonus payment of 400 CFA francs ($0.68) for every kilogram of processed cashews they export, but it has not been enough to keep them in business.

“We can’t compete with the Asian factories despite the state subsidy, notably Vietnam which buys all the supply, leaving Ivorian processing plants empty,” said the head of one company which reduced its activities a few months ago due to a lack of raw cashews.

TNT, a processor based in Vietnam, declined to comment. Independent buyers working for TNT said it was more cost-effective to export raw nuts and process them in Asia because of the high costs of power and labor in Ivory Coast.

One of the most promising of the Ivorian plants, CASA, declared bankruptcy in November, laying off 1,200 workers.

“We closed our company because of difficulty in the sector,” manager of the CASA plant Hussain Gilani told Reuters.

To fix the supply problem, Ivorian processors said they want the CCA, the cashew marketing board, to set up a system of priority sales for Ivorian companies and to stabilize the pricing.

The CCA declined to comment, but an internal source there said that it was working to find solutions to these problems.

“The subsidy for Ivorian companies should be increased to 610 CFA Francs ($1.04) per kg of processed nuts if they want us to survive. If not, it’s over,” said another company director. – Rappler.com