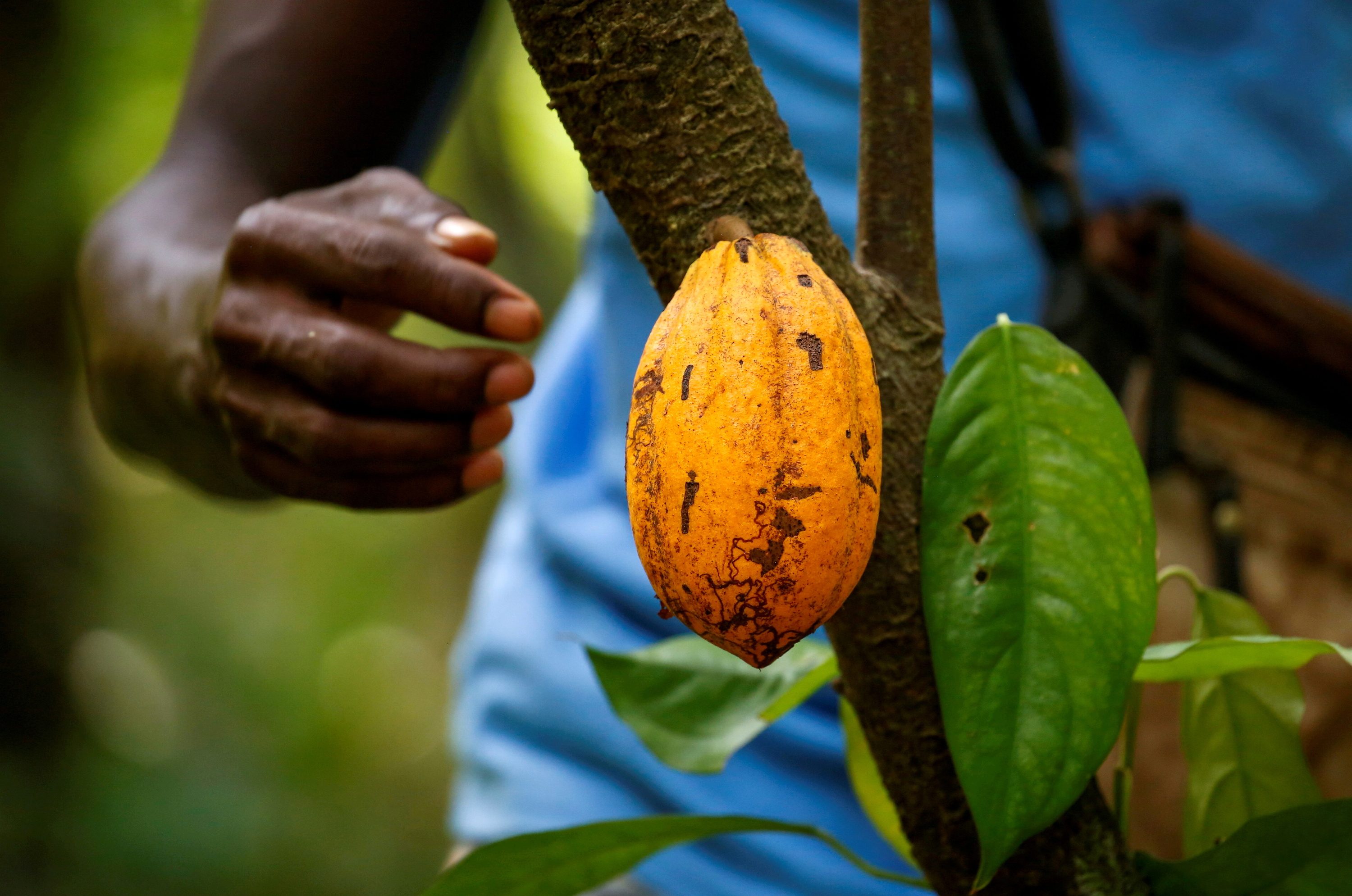 HARVEST. A farmer prepares to collect a cocoa pod at a cocoa farm in Alepe, Ivory Coast, December 7, 2020.

The world’s top two cocoa producers Ivory Coast and Ghana on Monday, June 21, threatened to name and shame top chocolate brands who they say are undermining a scheme aimed at paying cocoa farmers a living income.

The neighboring West African states, who account for over 60% of global output of cocoa, the main ingredient in chocolate, are locked in a protracted battle with chocolate makers over the price of their beans.

The countries introduced a $400 per ton premium scheme known as the Living Income Differential (LID) at the start of a 2020-2021 season to enable them to pay farmers a decent income.

But a drop in demand because of COVID-19 and an abundant harvest have left farmers with surplus beans.

A separate premium on beans from both countries paid by chocolate makers also made their cocoa expensive in a sluggish market, forcing cocoa buyers to demand discounts.

“While they are paying [the LID] on the right hand, they are taking the money from the left hand by not paying the country premium,” Joseph Boahen Aidoo, the chief executive of Ghana’s cocoa regulator COCOBOD, told journalists in Abidjan.

“Once the country differential is discounted by between 100 and 250 pounds sterling ($348.25), it means essentially the LID has been eroded,” Aidoo said on the sidelines of a meeting where the countries launched an organization to represent them.

He added that consumers buy brand chocolates and pay the premium price for chocolate which should go to the farmers.

“This amounts to robbing the consumers by collecting premium on bars of chocolate and then refusing to pay when buying cocoa beans,” he said. “Very soon the buyers may force us to name and shame all those who are not paying the country premium.”

He declined to name the chocolate makers.

Yves Brahima Kone, the head of Ivory Coast’s Cocoa and Coffee Council regulator, told journalists that some buyers in the sector had a short-term view.

“They want to make money today and do not think about tomorrow,” adding that while the chocolate makers are reluctant to pay the LID which could cost around $900 million globally, the industry was spending $5 billion on marketing. – Rappler.com