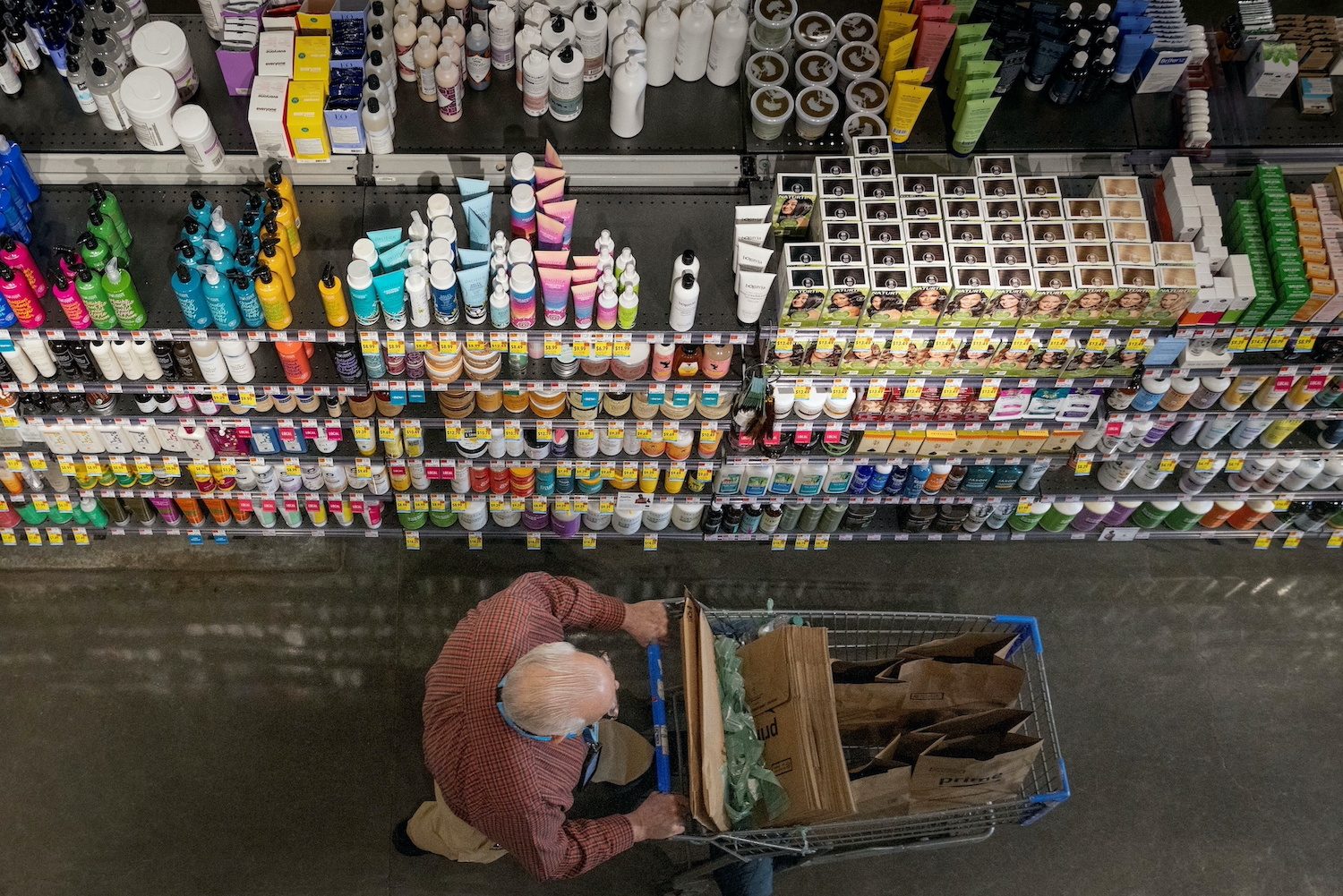 INFLATION. A person pushes a shopping cart in a supermarket in Manhattan, New York City, March 28, 2022.

“We’re seeing high inflation in almost all of the developed countries around the world. And they have very different fiscal policies,” Yellen said. “So it can’t be the case that the bulk of the inflation that we’re experiencing reflects the impact of the ARP.”

Yellen said she saw the bulk of inflation being caused by supply and demand mismatches, including excessive demand for goods over services during the pandemic and severe supply chain disruptions. High energy and food prices caused by Russia’s invasion of Ukraine also have pushed inflation higher, she said.

She insisted that addressing inflation was Biden’s top priority and said that elements of the president’s proposed social and climate legislation could help lower costs for Americans, including for prescription drugs and clean energy initiatives.

“We currently face macroeconomic challenges, including unacceptable levels of inflation as well as the headwinds associated with the disruptions caused by the pandemic’s effect on supply chains, and the effects of supply side disturbances to oil and food markets resulting from Russia’s war in Ukraine,” Yellen said in prepared remarks. Yellen had come under fire from Republicans after admitting she was “wrong” last year in forecasting that inflation would be transitory and quickly subside. She is facing tough questions on the issue from the Senate panel and from the House ways and means committee on Wednesday, June 8.

“Well, when I said that inflation would be transitory, what I was not anticipating was a scenario in which we would end up contending with multiple variants of COVID that would be scrambling our economy and global supply chains, and I was not envisioning impacts on food and energy prices we’ve seen from Russia’s invasion of Ukraine,” Yellen said.

She has said that the Federal Reserve has primary responsibility for bringing down inflation and that she respects the Fed’s independence in setting monetary policy.

“To dampen inflationary pressures without undermining the strength of the labor market, an appropriate budgetary stance is needed to complement monetary policy actions by the Federal Reserve,” she said.

The Biden administration is still pushing for a scaled-back version of its stalled climate and social spending agenda, which would offer tax credits for clean energy technologies and reform prescription drug pricing.

Yellen said that even though the United States is a major energy producer and exporter it was “virtually impossible” for the United States to insulate itself from oil market price shocks and needed to press ahead with a transition to renewable energy sources.

Regarding efforts to increase economic pressure on Russia, she said the United States was “extremely active” in discussing with European countries ways to limit Moscow’s oil revenues. Yellen also said she was “keenly focused” on proceeding with a global tax reform deal among 137 countries, including a 15% global minimum tax.

“I am hopeful that Congress will also implement this global minimum tax as part of its legislative agenda.”

She said that another part of the tax deal, a reallocation of taxing rights to market countries, could have a slight impact on US tax revenues. – Rappler.com