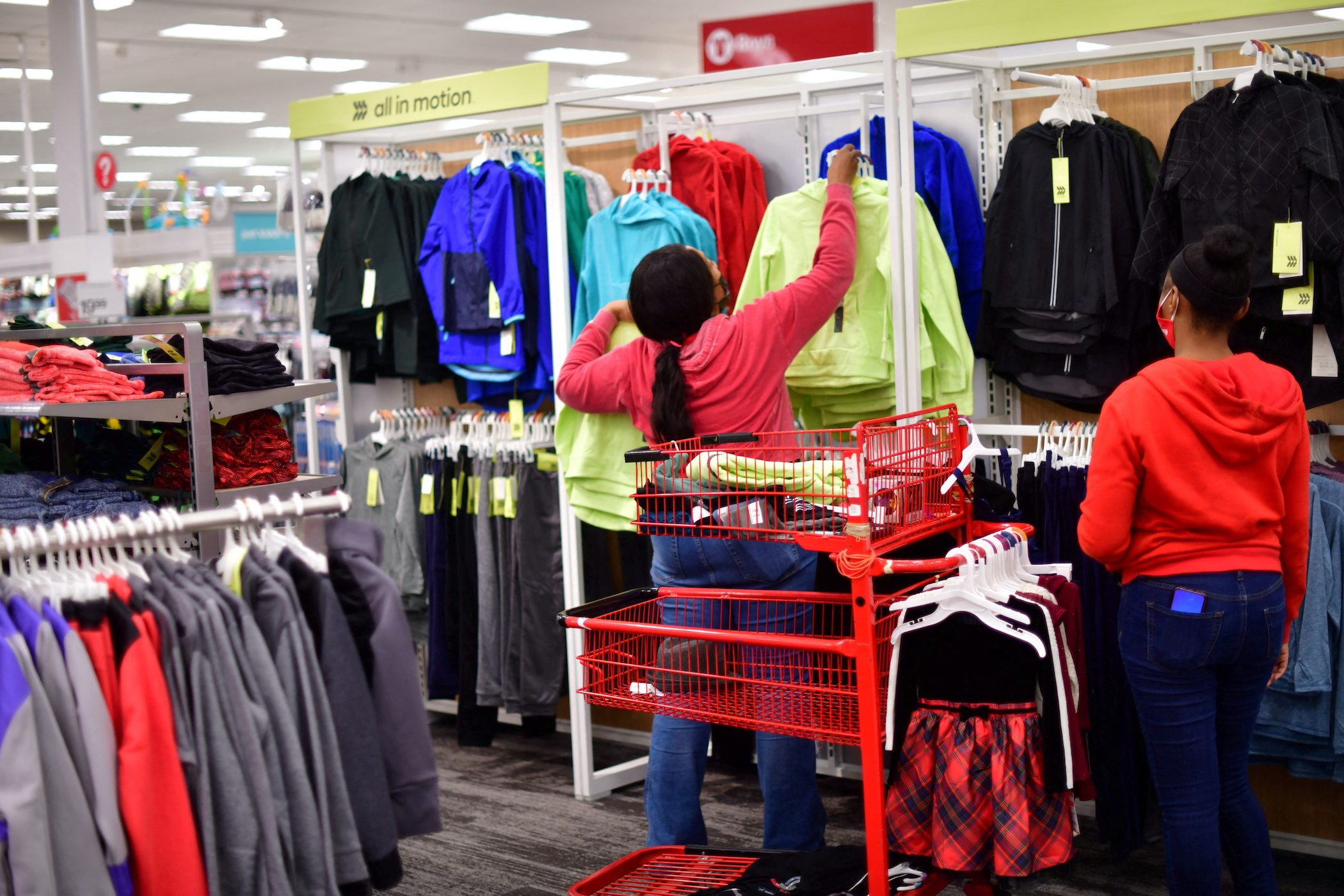 TARGET. An employee hangs children's clothing at a Target store in King of Prussia, Pennsylvania, November 20, 2020.

Facebook Twitter Copy URL
Copied
'You gotta brace yourself. JPMorgan is bracing ourselves, and we're going to be very conservative in our balance sheet,' says JPMorgan CEO Jamie Dimon

Jamie Dimon, chairman and chief executive of JPMorgan Chase & Co., described the challenges facing the US economy akin to an “hurricane” down the road and urged the Federal Reserve to take forceful measures to avoid tipping the world’s biggest economy into a recession.

“It’s a hurricane,” Dimon told a banking conference, adding that the current situation is unprecedented. “Right now, it’s kind of sunny, things are doing fine. Everyone thinks the Fed can handle this. That hurricane is right out there down the road coming our way. We just don’t know if it’s a minor one or Superstorm Sandy,” he added.

The Fed is under pressure to decisively make a dent in an inflation rate that is running at more than three times its 2% goal and has caused a jump in the cost of living for Americans. It faces a difficult task in dampening demand enough to curb inflation while not causing a recession.

“The Fed has to meet this now with raising rates and QT (quantitative tightening). In my view, they have to do QT. They do not have a choice because there’s so much liquidity in the system,” Dimon said.

Major central banks, already plotting interest rate hikes in a fight against inflation, are also preparing a common pullback from key financial markets in a first-ever round of global quantitative tightening expected to restrict credit and add stress to an already-slowing world economy.

The inflation battle has become the focal point of Biden’s June agenda amid his sagging opinion polls and before November’s congressional election.

Uncertainty about the US central bank’s policy move, the war in Ukraine, prolonged supply-chain snarls due to COVID-19, and higher Treasury yields have rocked global stock markets, with the benchmark S&P 500 index falling 13.3% year-to-date.

“You gotta brace yourself. JPMorgan is bracing ourselves, and we’re going to be very conservative in our balance sheet,” Dimon added.

Wells Fargo & Co.’s CEO warned that the Federal Reserve would find it “extremely difficult” to manage a soft landing of the economy as the central bank seeks to douse the inflation fire with interest rate hikes.

The CEO of the fourth largest US lender also said that Wells Fargo is seeing a direct impact from inflation on consumers’ spending, particularly on fuel and food.

“The scenario of a soft landing is…extremely difficult to achieve in the environment that we’re in today,” Wells Fargo CEO Charlie Scharf said at the conference.

“If there is a short recession, that’s not all that deep…there will be some pain as you go through it, overall, everyone will be just fine coming out of it,” he added.

Scharf said while the overall consumer spending is strong, growth is slowing.

“Corporations are still spending, where they can they’re increasing inventories…we do expect the consumer and ultimately businesses to weaken, which is part of what the Fed is trying to engineer but hopefully in a constructive way,” he added.

Recent Fed reports and surveys reported households on average in a strong financial position, with working families doing well, and unemployment at levels more akin to the boom years of the 1950s and 1960s. Wages for many lower-skilled occupations are rising, and bank accounts, on average, are still flush with cash from coronavirus support programs.

But confidence has waned, and in a recent Reuters/Ipsos poll the economy topped respondents’ list of concerns.

“I don’t think our crystal ball relative to the macro later this year, 2023, 2024 is necessarily any better than others. Clearly, we’re going to see with the Fed actions different impacts in different businesses,” GE CEO Larry Culp told the conference.

Still, not everyone in corporate America is seeing slowdown.

“Of the vast majority of the markets we serve are still quite strong,” Caterpillar CEO Jim Umplebly said.

“And our challenge at the moment, quite frankly, is supply chain, our ability to supply enough equipment to meet all the demand that’s out there,” he added. – Rappler.com