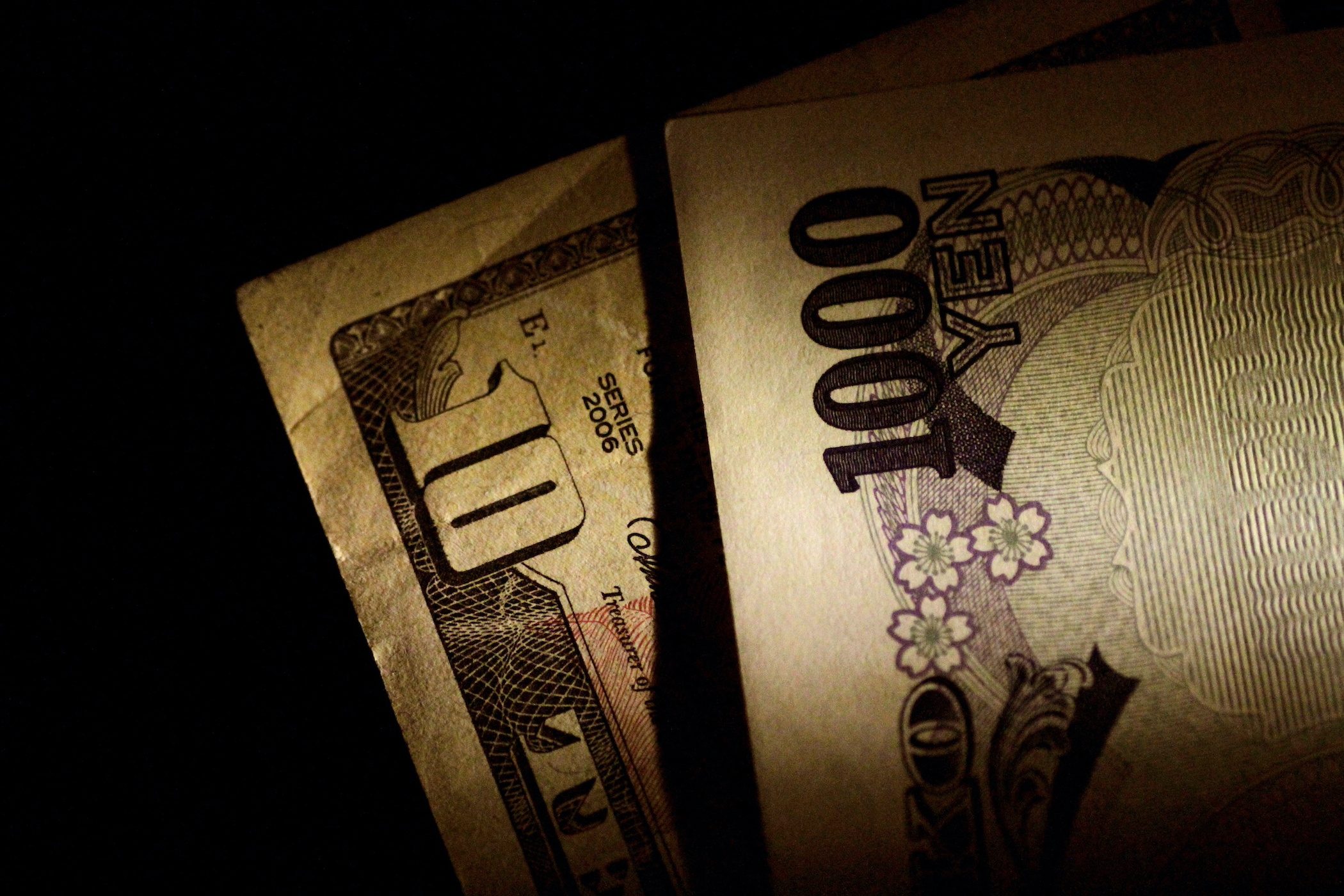 CURRENCIES. Japanese yen and US dollar notes are seen in this June 22, 2017 illustration photo.

SINGAPORE – The yen has tumbled 10% to a two-decade low to the dollar in a matter of weeks. But history suggests that still isn’t cheap, and investors are betting that it’s going to fall even further.

The drop, precipitous for a major currency in the $6.6-trillion-a-day global foreign exchange market, has been triggered by the fragility of the world’s third largest economy and the Bank of Japan (BOJ)’s reluctance to follow the United States and the rest of the world in tightening monetary policy.

That has created an unfavorable gap in government bond yields which has widened at the same time as the soaring cost of energy imports has slammed Japan’s trade balance into deficit.

Yet even as yen selling extended for a record 13-day streak, analysts say the downtrend has room to run. The trade outlook and lessons from previous bouts of yen weakness point to a further decline, especially while tourism flows are absent.

“This is a regime change and when the regime changes there is no support,” Junichi Inoue, who manages a portfolio of Japanese stocks at Janus Henderson, said by phone from Tokyo.

“I think there is no valuation on the currency,” he said, leaving it adrift after breaching resistance around 125-per-dollar.

“Once the direction is set towards weakening there are no hedging activities – until something happens. So I think 130 yen isn’t going to stop [the currency’s decline],” referring to a level where some traders think Japanese authorities may intervene.

Selling carried the yen close to that on Wednesday, April 20, when it touched 129.43 per dollar, its weakest since April 2002.

Back then, investors thought Japan was beginning to emerge from its “lost decade” of the ‘90s and the yen was beginning a long rise. Today, traders are drawing parallels with the yen’s weakness at the advent of deflation-fighting “Abenomics” in 2013 to make a case that there is no such turning point ahead.

In 2013, when a weaker yen was part of then-prime minister Shinzo Abe’s drive to raise inflation, the gap between the benchmark US and Japanese 10-year yields widened about 120 basis points and the yen fell by nearly 27%.

This year, the rates move is comparable, but the yen has lost less in percentage terms, dropping about 20%. Thus far traders have also discounted officials’ verbal efforts to steady the yen, while the BOJ has been spending billions to anchor bond yields.

At the same time, capital has flowed out of Japan to seek better returns elsewhere, and for eight months in a row the trade balance has been negative.

“The most convincing turns on the currency are apt to occur when trade and financial accounts combine,” said Alan Ruskin, macro strategist at Deutsche Bank.

He said average growth rates for Japan’s exports are lagging near the bottom of 45 countries the bank’s analysts cover.

“We still seem some way from a yen positive scenario,” he added.

In theory, a weaker yen improves exporters’ competitiveness, driving growth and prompting a policy response that lifts the yen back up. The yen’s value, weighted for trade and inflation among its biggest trading partners, is at a multi-decade low.

Shifting production patterns – for example, cars made abroad now account for some two-thirds of Japanese automakers’ sales – make that less likely to support growth and can be more than offset by the dampening effects of rising import costs.

For some analysts, this raises the risk of government intervention to steady the currency, especially as higher energy costs are starting to hurt households.

There is also an outside chance that the BOJ raises or abandons its bond yield target, which would cause the yen to jump.

But previous experience has most betting that even an intervention wouldn’t be enough to turn around the momentum.

“History shows that intervention rarely delivers its policy objective of changing the trend in the currency,” said Joe Capurso at the Commonwealth Bank of Australia in Sydney, who has analyzed the past four BOJ interventions dating back to 2010.

“We found success in only the March 2011 episode,” he said, when the BOJ was helped by other big central banks to weaken the yen in the wake of a devastating earthquake and tsunami. In the other three instances, the yen reverted to its pre‑intervention levels within two weeks, Capurso said.

The four interventions were all aimed at stemming yen strength. The last time Japan intervened to buy yen was in 1998.

Positioning data also shows long dollar/yen positions have built to a three-and-a-half year high but are short of peaks hit in 2017, 2013 and 2007, suggesting there is room for investors to keep on selling for a while yet.

Dollar-yen risk-reversals, which show the biases in the options market, showed dollar longs in favor, but not as much as in 2015, which Citi analysts said was consistent with the idea that the yen has further to fall.

“We see neither as posing a significant headwind to further yen depreciation,” he said, adding that a move to 130 or beyond would be consistent with a 10-year Treasury yield in the low 3% range. It was last at 2.91%. – Rappler.com