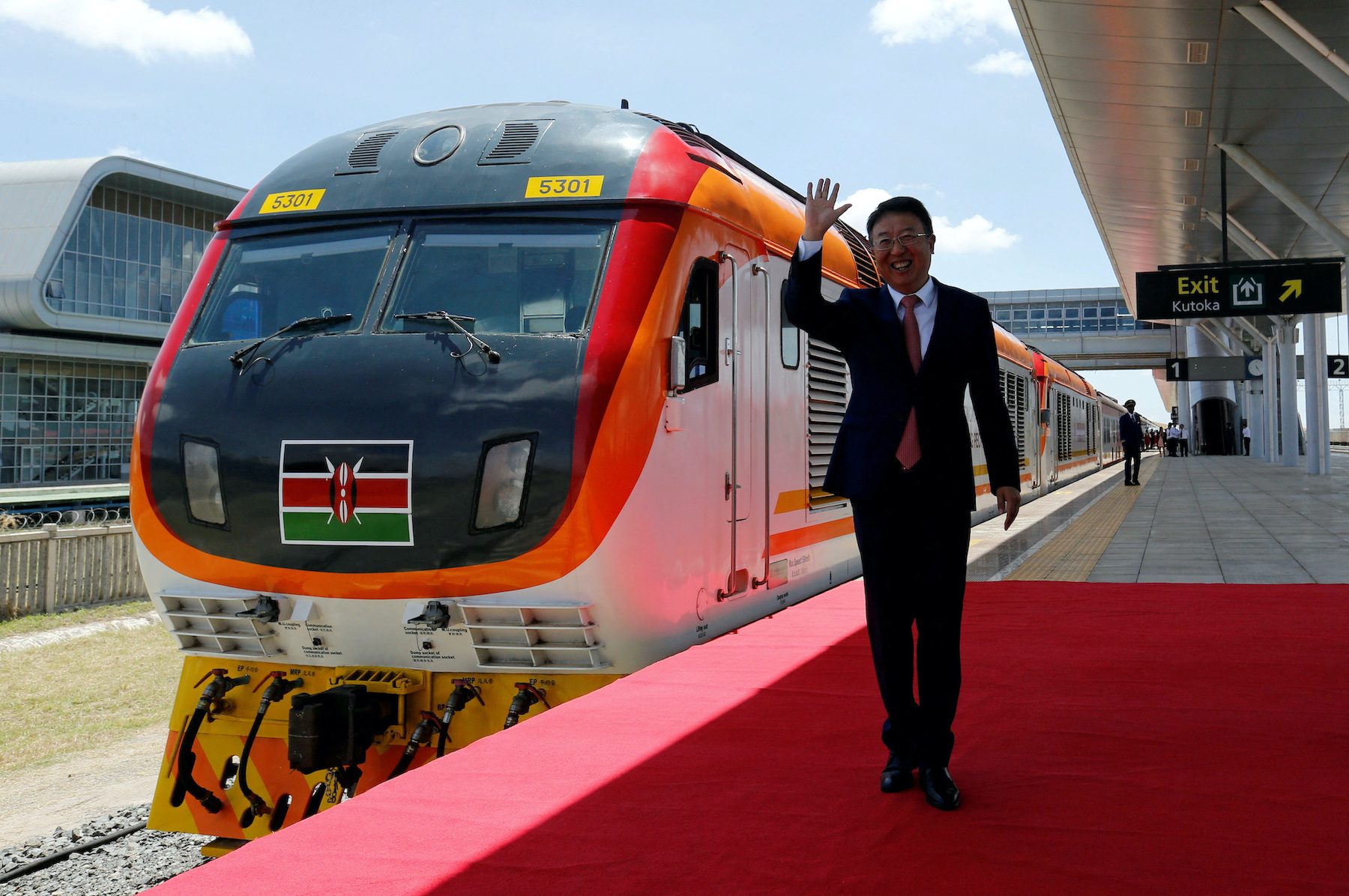 RAILWAY. Chinese Ambassador to Kenya Wu Peng arrives at the Nairobi Terminus building operating the Standard Gauge Railway constructed by the China Road and Bridge Corporation and financed by the Chinese government, in the outskirts of Nairobi, Kenya, October 16, 2019.

NAIROBI, Kenya – The government of Kenya‘s new President William Ruto has released loan documents related to a controversial Chinese railway that his predecessor’s administration fought a years-long battle in the courts to keep secret.

The publication of the agreements for $3 billion of loans honors Ruto’s campaign promise to bring more transparency to dealings between Nairobi and Beijing, which some in Kenya blame for bogging the country down in debt.

It is also a rare move in Africa, where large-scale infrastructure deals remain mostly opaque.

However, the decision, which would violate the agreements’ confidentiality clauses if lender China Exim Bank did not agree to their publication, risks straining relations between Kenya and its largest trading partner.

“As promised I have released the SGR (Standard Gauge Railway) agreements to the people of Kenya,” Transport Minister Kipchumba Murkomen said in a tweet.

China’s embassy in Kenya and Wu Peng, the Chinese Ministry of Foreign Affairs’ Africa director, did not immediately respond to requests for comment.

Chinese state-owned lenders committed to lending $9.3 billion to Kenya between 2000 and 2020, according to Boston University. Kenya’s total debt is almost 70% of gross domestic product.

The contracts for the railway, which began operating from Mombasa to Nairobi in 2017 and was extended two years later, have long been a subject of controversy, with the previous government citing confidentiality clauses when a court ordered their publication earlier this year.

One of the published loan agreements, with the Export-Import Bank of China and governed by Chinese law, is for a 20-year loan for $1.6 billion signed in 2014, with a seven-year grace period, 2% interest rate, and 0.5% fees.

China has lent billions of dollars to countries in Asia, Africa, and Latin America over the past two decades, much of it for large infrastructure projects linked to its Belt and Road Initiative.

The pandemic has pushed up debt levels in the developing world, however, leading countries including Sri Lanka and Zambia, which owe much of their debt to Beijing, to default. – Rappler.com