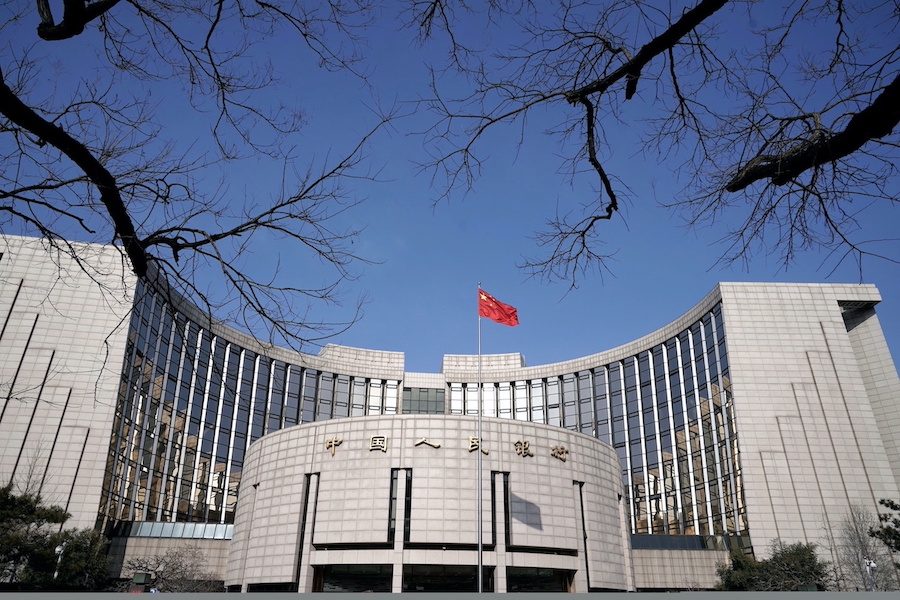 CENTRAL BANK. The headquarters of the People's Bank of China is pictured in Beijing, February 3, 2020.

China‘s lack of experience with tricky debt restructurings and slow coordination among its public lenders is holding up debt relief for Zambia, a test case for the top emerging market creditor, three sources familiar with the matter said.

Zambia became in 2020 the first country to default in the COVID-19 pandemic era, struggling under a debt burden worth 120% of gross domestic product. Its external debt topped $17 billion at the end of 2021, of which a third was owed to China, according to Zambian government data.

China agreed last month to co-chair Zambia’s official creditor committee with France, a move welcomed by Zambia’s government, which has made tackling the country’s debts a priority since taking power last year.

Emerging market investors and other debtor countries are closely watching Zambia’s case for signs of how lenient Beijing will be in the future with overextended borrowers.

China became over the last decade the dominant public lender to African countries, extending $160 billion in credit since 2000, according to Boston University researchers.

“There is a learning curve for China and that is something we need to recognize,” said a French official, who declined to be named due to the sensitivities of the issue.

The official also cited “delays in the internal processes of China,” adding, “we also need to have better coordination among China itself, because there are a lot of agencies that have been lending.”

With the creditor committee still to have its first meeting, G7 finance ministers called on China to “contribute constructively” to the debt relief process after a meeting in Germany this month.

China’s foreign ministry said in a statement emailed to Reuters that the country attached “great importance to Zambian concerns about debt and supports multilateral efforts to resolve its debt problem.”

Another source familiar with the situation said that while China’s central bank had been willing to move ahead, the finance ministry has been wary of “setting a costly precedent” elsewhere if it accepts big losses on loans made to Zambia.

The source added that the finance ministry was in particular looking out for China’s development banks, through which much of Chinese credit is extended.

A third source familiar with the situation told Reuters that, alongside coordinating its many lenders, China has been hesitant to take part in the Group of 20 leading economies’ multilateral debt process, versus bilateral negotiations where it can also focus on the country’s broader strategic goals.

China’s foreign ministry did not respond specifically to questions about whether delays were partly due to internal coordination issues and unwillingness to accept losses on loans.

Zambia’s case is likely to be watched closely in other countries. Sri Lanka, for example, defaulted on its debt for the first time this month and owes money to a mix of creditors including China, India, Japan, and Eurobond holders.

Zambia reached a staff-level agreement with the International Monetary Fund on a $1.4-billion extended credit facility in December, but the money cannot flow until Lusaka and its creditors agree on reducing the debt to sustainable levels.

“China is ready to work with the international community and continue to provide within its capability Zambia with the necessary support to address its current practical difficulties,” the Chinese foreign ministry’s statement said.

Zambia’s finance minister has repeatedly said he hopes the negotiations will be concluded by the end of June, a timetable analysts deem ambitious.

“Our debt burden is choking our country’s growth potential and the debt restructuring exercise is becoming more urgent day by day,” Zambia’s finance ministry said in an emailed statement in response to questions about China’s role in the debt process. – Rappler.com