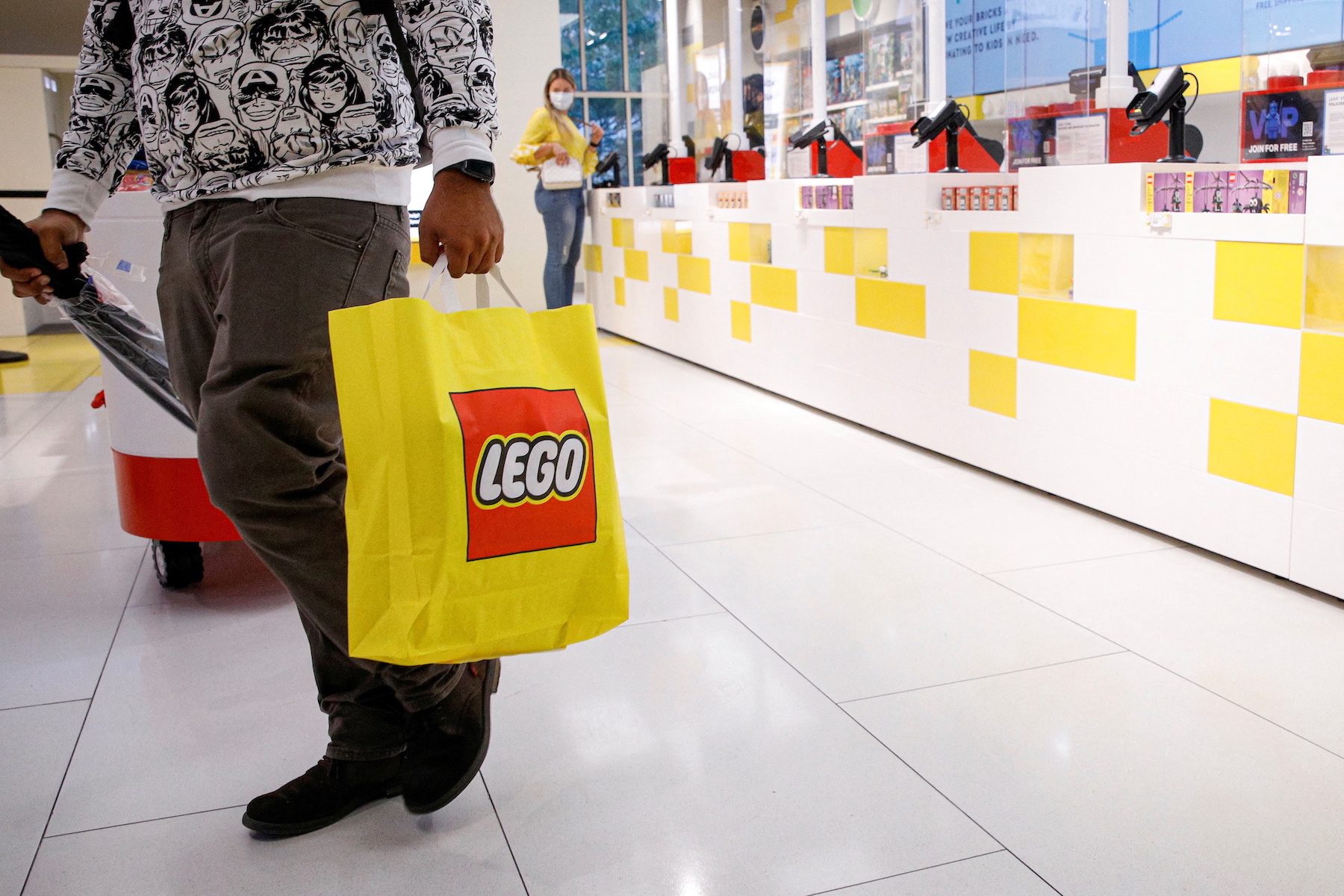 LEGO. A customer carries a bag while shopping in the 5th Avenue Lego store in New York City, September 28, 2021.

COPENHAGEN, Denmark – Lego‘s sales jumped 27% last year driven by new store openings in China and customers flocking back to its reopened shops but are expected to normalize this year, the toymaker said on Tuesday, March 8, after earlier halting shipments to Russia.

The family-owned company said it had outpaced the toy industry in all major markets during the year, when sales of its colorful plastic bricks totaled 55.3 billion Danish crowns ($8.11 billion).

It opened 165 new Lego stores last year, most of them in China, bringing the total number of Lego branded stores to 832 worldwide.

However, Lego Group expects growth rates to fall back to single-digits this year.

“The growth we’ve seen over the past two years has been extraordinary. Mid-single digits is still strong growth for the sector and a level that we believe is sustainable over the long term,” a spokesperson said.

Lego has benefitted from a decade-old strategy of placing production close to its key markets, cutting logistical issues and costs at a time when the global retail industry was reeling from the pandemic.

However, sales in Russia and Ukraine will be hit. Lego has halted new shipments to the 81 Lego stores in the country, which are operated by Inventive Retail Group, as a consequence of Russia’s invasion of Ukraine. The company, which employs around 24,000 people worldwide, declined to say what proportion of its sales the Russian market accounts for. Lego has 80 employees in Russia.

“This is a volatile and rapidly developing situation, and we are monitoring it closely. It is too early for us to speculate about its impact on demand,” a spokesperson said.