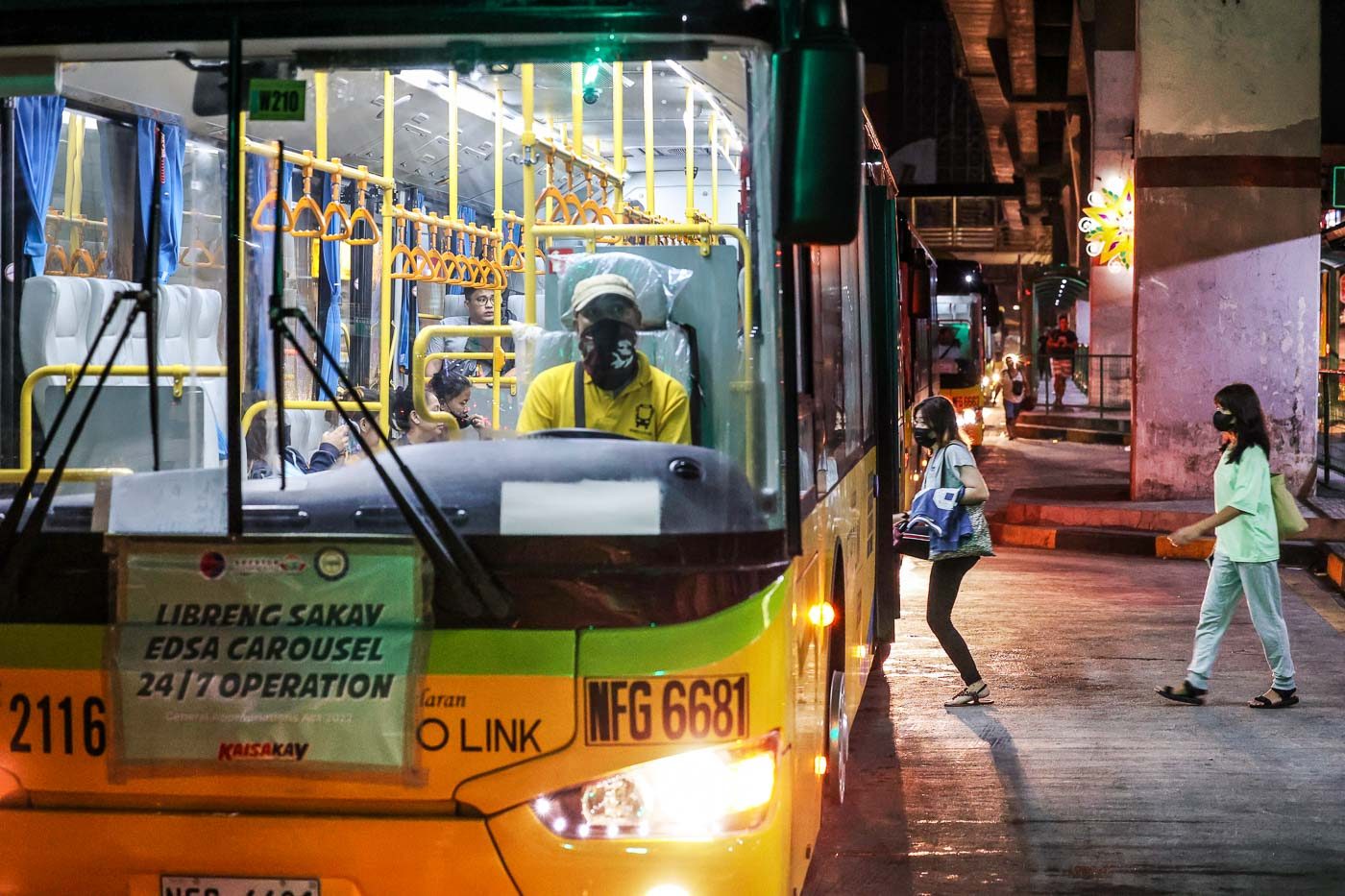 LIBRENG SAKAY. Commuters take advantage of the free ride of the EDSA busway at the Monumento stop in Caloocan during the start of the 24/7 Libreng Sakay program of the Department of Transportation on December 1, 2022.

MANILA, Philippines – The government is looking to extend its Libreng Sakay program in 2023 while also eyeing to privatize the EDSA Busway (EDSA Carousel) by the 3rd quarter of next year. 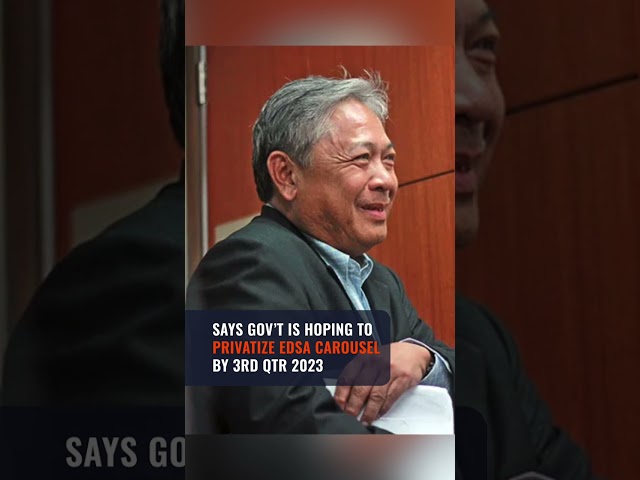 The Department of Transportation (DOTr) issued a statement clarifying its earlier announcement that free rides for the EDSA Carousel under the Libreng Sakay program would end by December 31.

(The termination of the program was because of the depletion of funds allotted for it under the General Appropriations Act, which amounted to P7 billion, along with the P1.4 billion added by the Department of Budget and Management on August 16, 2022.)

Regarding its budget of P1.285 billion for service contracting in 2023, the DOTr will be using this to reimplement the Libreng Sakay program nationwide, in cooperation with the Land Transportation Franchising and Regulatory Board (LTFRB) and local government units (LGUs).

(Next year, there is an approved P1.285 billion for the service contracting program under the 2023 GAA. Given this, the DOTr and the LTFRB are already planning on how to implement the program again nationwide in cooperation with LGUs.)

The DOTr gave no further details on what the possible reimplementation of the program may look like.

Transportation Secretary Jaime Bautista previously said that the Libreng Sakay program is unlikely to be extended, according to a CNN Philippines report on Wednesday, December 28. While the Department of Transportation’s (DOTr) budget for 2023 included P1.2 billion for service contracting, Bautista had said this would not be enough to continue the Libreng Sakay program.

The Transport Secretary also said that the government is hoping to privatize the EDSA Carousel by the 3rd quarter of 2023, according to a report by CNN Philippines. Private sector investors have already shown interest in the busway, although no official bids have been submitted yet.

A joint statement by 30 private groups also urged the government to privatize the EDSA Carousel immediately, saying that public-private partnerships could develop the busway in accordance with global standards.

However, transport group PISTON has pushed back on the privatization move.

In a press release on Thursday, December 29, the group underscored that privatizing the EDSA Carousel does not guarantee greater efficiency and may even result in higher fares, as private groups attempt to maximize profit.

The transport group said that the current transport crisis was borne out of an overreliance on the private sector in the first place. The group urged the government to increase support and subsidies for services.

In the case of the EDSA Carousel, the government ought to continue subsidizing social services through programs such as Libreng Sakay rather than privatizing the busway. The group stressed that essential public utilities should be funded through a progressive tax system instead of through private investments.