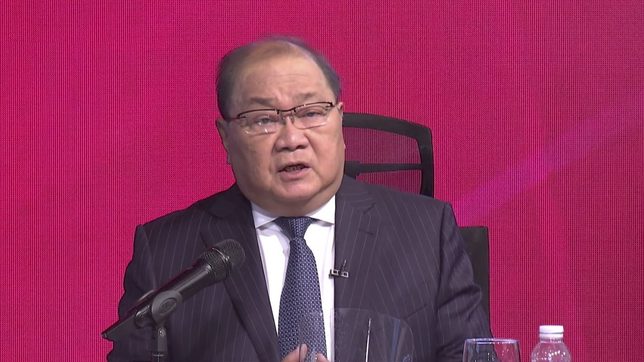 Facebook Twitter Copy URL
Copied
As Manny Pangilinan steps down and Al Panlilio becomes PLDT president and CEO, here's a look back on how the tycoon revamped the telco industry

When PLDT and Smart Communications boss Manny Pangilinan was hospitalized in early 2020, he told reporters that watching Crash Landing on You or CLOY on Netflix kept him entertained in the hospital.

Pangilinan, like many Filipinos nowadays, is a fan of Korean drama. It was among the light topics that the 74-year-old bachelor discussed after going into company financials and prospects.

Only a few months after Pangilinan’s chat with reporters, South Korean actor Hyun Bin, who played Captain Ri in CLOY, was announced as Smart’s newest endorser.

In just less than a week, the advertisement featuring the actor garnered over 3 million engagements on Facebook.

In 2021, global K-pop phenomenon BTS headlined a new Smart campaign, another testament to Pangilinan’s ability to get a pulse of what’s hot and boost the telecommunications company’s image.

But of course, picking endorsers is but tiny compared to his many skill sets as a businessman.

He was, after all, the man who plucked PLDT out of the Asian financial crisis in the late ’90s.

Pangilinan also made it somewhat easier for his successor, Al Panlilio, to take on bigger challenges in the telecommunications space.

From sealing deals that brought 5G to the Philippines earlier than Asian counterparts, to a vision of making the Internet of Things a reality amid the country’s lackluster internet speed, Pangilinan leaves a storied legacy.

The Wharton-educated Pangilinan took his first step into PLDT in 1998, as the company weathered the Asian financial crisis. This was his return to the Philippines after spending 22 years abroad building a career in finance.

The company, like many other businesses back then, was crippled by debt. But the business environment augured well for him. At the time, then-president Fidel V. Ramos embarked on an ambitious agenda to break up monopolies in regulated industries, such as telco.

Pangilinan’s Hong Kong-based blue chip company First Pacific picked up PLDT shares for P29.7 billion (around $749 million at that time) for a 17.5% stake.

First Pacific is an investment company Pangilinan founded in 1981 with Chinese-Indonesian businessman Sudono Salim and his son Anthoni Salim.

Pangilinan met Anthoni Salim way back in 1978 through a client call in Hong Kong. Since then, they became business partners.

While Pangilinan got the shares fairly cheap due to stock prices falling, making a profit was far from easy.

At that time, it took over a year for Filipinos just to get a phone line due to inefficiencies and lack of manpower. Collecting fees for those who had a telephone was also difficult, further bleeding out the company’s bottom line.

PLDT’s subsidiary then, Piltel, had debt amounting to $870 million. Pangilinan was surprised that a portion of the loans were either due or were not on the balance sheet.

“I’ve had to tell creditor banks that Piltel could not pay its debts – the first time I’ve done that in my life,” Pangilinan said in a graduation speech at the Ateneo de Manila University in 2006.

Pangilinan was told by close business friends to shut down Piltel – which later on became Talk ‘N Text – but he refused to do so.

With these problems, Pangilinan went on to make unpopular decisions. He trimmed PLDT’s manpower from 14,000 to 9,000.

“Decisions about people are always difficult for us because First Pacific is an Asian company with Asian values. But head count reduction was critical for PLDT to survive,” Pangilinan said.

He admitted on several occasions the stress of reviving a troubled company.

The year after Pangilinan’s acquisition of PLDT, he forged a strategic partnership with NTT Communications, a wholly owned subsidiary of Japanese firm Nippon Telegraph and Telephone Corporation. Smart Communications, the country’s largest mobile phone operator, was also acquired by PLDT.

The purchase of Smart proved strategic, as consumers started shifting from using telephones and beepers to texting.

But even as PLDT started to slowly recover, it still hit several snags along the way.

For instance, the telco lost P140 billion in market value due to stock weakness back in 2008, as stocks fell by 23% amid spiking inflation.

While its market capitalization then was around P460 billion, the P140 billion wiped out was equivalent to its valuation in 1998.

Pangilinan was able to turn around PLDT and Smart, propelling them into profitability. But competition in the telco space was getting fierce at the turn of the century.

Ayala-led Globe Telecom was building its empire, slowly catching up to Pangilinan’s PLDT-Smart.

In 2012, the two telcos got caught in a fierce word war over who had more subscribers and who had more dropped calls.

Both claimed to be No. 1 in the postpaid segment – PLDT by number of subscribers and Globe by revenue per subscriber in the first three months of 2012.

In August 2012, their word war intensified. Globe CEO Ernest Cu lashed out at PLDT over Smart ads on dropped calls of “other networks.”

“They choose to focus on a negative aspect of advertising against us. If you look at Globe, our advertising has always been on the positive side.… It’s a little bit surprising to see this type of advertising going on,” he told Rappler in a press briefing in 2012.

Four years later, in 2016, Globe shocked Pangilinan as it dislodged Smart as the country’s largest telecommunications company in terms of subscriber base with 65.8 million subscribers, 200,000 more than Smart.

Latest figures show Globe, including its TM brand, has the most subscribers with 76.6 million, while Smart and Talk ‘N Text have a total of nearly 73 million.

Both networks are also competing for better internet speed.

Globe and PLDT recently claimed to be the market leader for mobile data and fixed broadband, respectively. Both cited Ookla’s Speedtest Intelligence data.

Smart’s mobile internet speed, meanwhile, was at 31.42 Mbps against the Philippine average of 25.43 Mbps.

“If PLDT will be the sole telco in the country today, our rankings would be 15 places higher,” said Pangilinan, referring to global rankings.

“I will be very careful about making statements given that we are in a similar position [with PLDT] as legacy telco, given the fact that they compete with an upstart like Converge – an all-fiber company,” Cu said.

“It would be very difficult to say they would pull the speeds down when on average, the speed of an all-fiber network will be faster than a hybrid network that PLDT and Globe have,” Cu added.

Since Pangilinan took over leadership of PLDT, the company has been among the most profitable in the Philippines.

As of June 2021, PLDT’s market capitalization is at P286.9 billion, among the biggest in the Philippines and in Asia.

Before the coronavirus pandemic, PLDT’s core income was at P27.1 billion. It even went up to P28.1 billion in 2020 despite the health and economic crisis.

If PLDT maintains momentum, it would be a windfall for investors, with a 5% special dividend in 2021, on top of the regular 60% dividend payout.

“With confidence built on how we not only weathered but thrived despite the ‘year from hell’ that was 2020, we anticipate more growth in 2021,” Pangilinan said.

After years of hinting at retirement, Pangilinan said in May 2021 that he was ready to “pass the baton” to Panlilio, PLDT’s No. 2 boss.

“I simply wish my successor all the best. It’s a great company but it needs a lot of care and feeding. It’s a hungry animal hungry for capital expenditures, which means you have to generate a lot of cash to feed the requirements of the business,” Pangilinan said.

Panlilio’s rise to president and CEO was finalized at the annual stockholders’ meeting on Tuesday, June 8. Pangilinan remains as PLDT’s chairman. As Pangilinan takes a step back from operations, PLDT races against Globe, as well as Dennis Uy’s Dito Telecommunity, in expanding 5G to address dependence on fixed and wireless internet.

“Obviously, Globe is not sleeping. We’re also aggressive to make sure we do better than them,” Pangilinan said in a Philippine Daily Inquirer article.

Pangilinan also leaves it to the 58-year-old Panlilio to roll out infrastructure for 6G, a technology being researched by the world’s industry leaders. It also means a possible retirement of 4G and LTE in the next decade. – Rappler.com