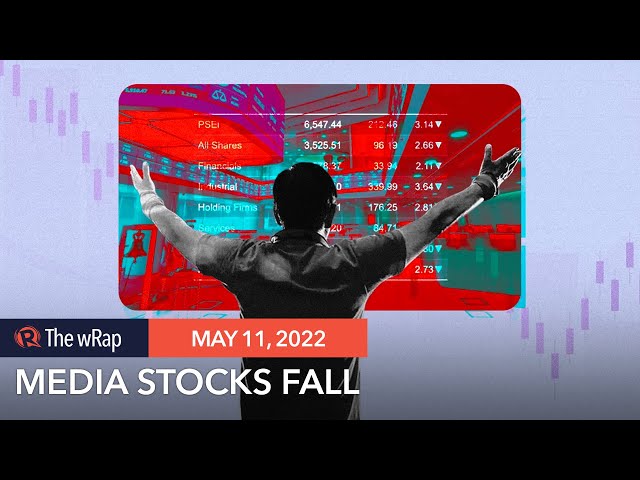 DAVAO CITY, Philippines – Philippine investors got jitters as trading on the local bourse resumed on Tuesday, May 10, with partial, unofficial election tallies pointing to a Ferdinand Marcos Jr. presidency.

The benchmark Philippine Stock Exchange index slipped by as much as 3.1% to the 6,500 level, before closing 0.58% lower. All indices succumbed to the bloodbath.

Media stocks were among the biggest losers. Marcos, son and namesake of the late dictator Ferdinand Marcos, has shunned the media.

The share price of Manila Broadcasting Company, which operates DZRH and five other radio stations, dipped over 22%.

Media giant ABS-CBN, whose franchise renewal bid was rejected under the Duterte administration, tumbled as much as 22.6%. ABS-CBN Holdings, which issues Philippine Depositary Receipts (PDRs), slid 21.2%.

Shares of GMA Network dropped by as much as 18.7%. GMA Holdings, the holding company of the network which issues PDRs, fell as low as 17.8%.

Not all media stocks suffered. Prime Media Holdings soared almost to the ceiling at 43.7%. It is poised to be the backdoor vehicle of Prime Collective Media Corporation, a company founded by House Majority Leader Martin Romualdez. PCMC has no operations and has capital deficit.

Philweb Corporation, owned by Gregorio “Greggy” Araneta III – husband of Irene Marcos, the late dictator’s daughter – saw its stock price shoot up by as much as 43.5%.

Araneta Properties, also owned by Araneta, had a 36.9% jump.

Analysts are also awaiting the release of the Philippines’ first-quarter gross domestic product figures on Thursday, May 12. – Rappler.com