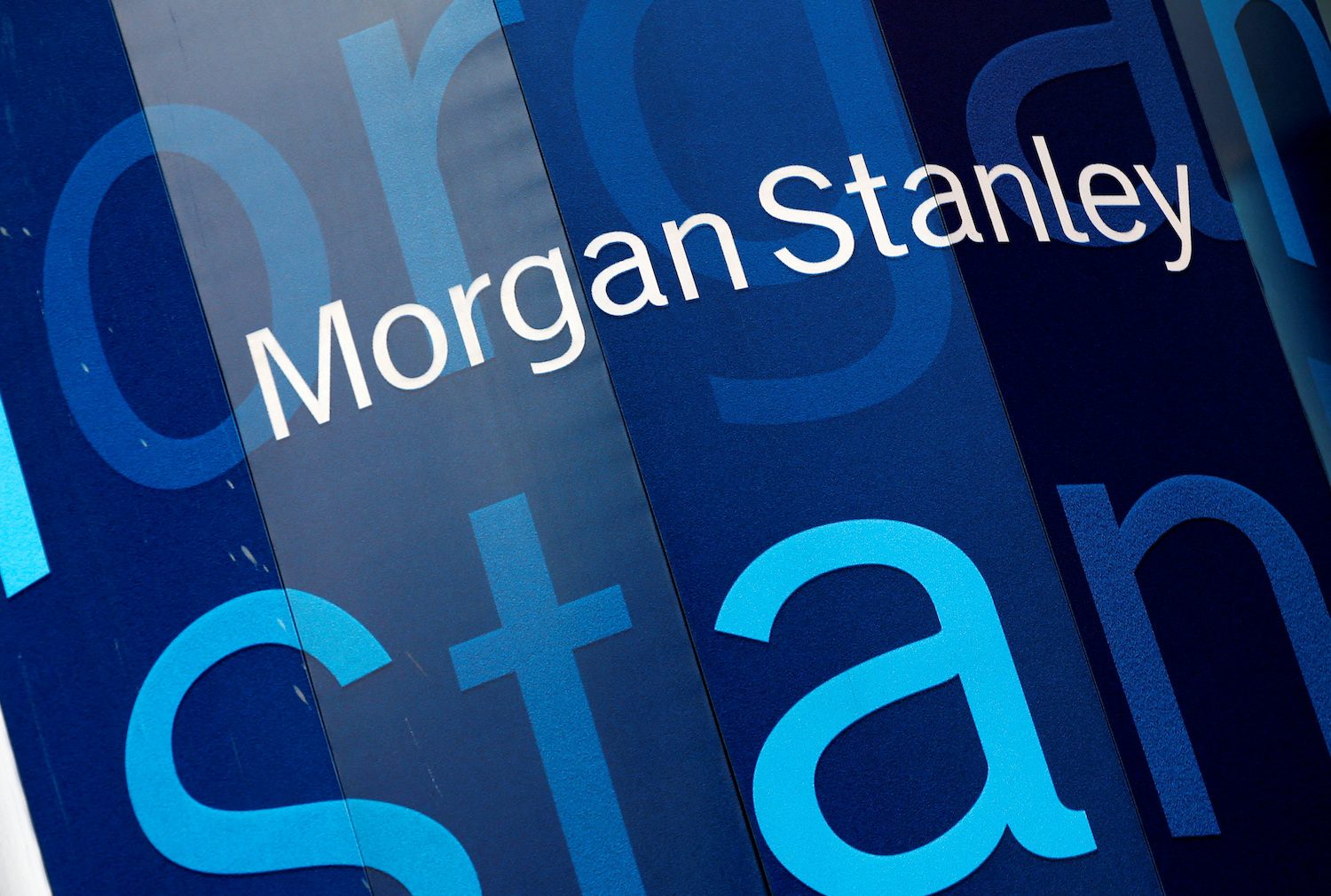 MORGAN STANLEY. The corporate logo of financial firm Morgan Stanley is pictured on the company's world headquarters in the Manhattan borough of New York City, January 20, 2015.

Morgan Stanley on Friday, October 14, reported a 30% slump in third-quarter profit, missing analysts’ estimate as a slowdown in global dealmaking hurt its investment bank business, sending its shares down nearly 4% in morning trading.

The outlook for deals has steadily worsened this year as the US Federal Reserve raised benchmark rates to tame inflation, clouding the economic growth forecast, while the highs of a record last year drew tough comparisons.

Chairman and chief executive James Gorman said in a conference call he has not seen any clarity around inflation abating. “My guess is that we will see that clarity and it will be more evident certainly by the middle of next year,” he said, adding benchmark rates are likely to go to 4.5%.

Gorman indicated the bank is taking some measures to navigate the challenging environment. “We’ve been quite cautious in our leverage finance arena,” he told analysts.

Some cost-cutting actions are also on the radar. “We’re looking at headcount. You’ve got to take into account the rate of growth we’ve had in the last few years, and we’ve learned some things through COVID about how we can operate more efficiently,” he said without providing details.

The bank’s investment banking revenue more than halved to $1.3 billion, with declines across the bank’s advisory, equity, and fixed income segments.

Global M&A with volumes in the United States plummeted nearly 63% as the rising cost of debt forced companies to delay big buyouts.

Companies have also been delaying plans to go public amid depressed investor sentiment due to turmoil in financial markets triggered by the Ukraine war and rapidly rising borrowing costs.

For a dealmaking rebound, chief financial officer Sharon Yeshaya told Reuters both cost of capital and valuations need to stabilize.

Analysts on average had expected a profit of $1.49 per share and revenues of $13.3 billion, according to Refinitiv IBES data. It was not immediately clear if the reported numbers were comparable with the estimates.

In a note to clients, UBS analysts said the results were solid, but “noisy” as provisions and the tax rate came lower than expected, offsetting negative performance fees.

Its return on tangible equity was at 14.6%, down 5 percentage points from a year earlier. This fell well short of the bank’s long-term goal of 20%, a JPMorgan analyst said. – Rappler.com