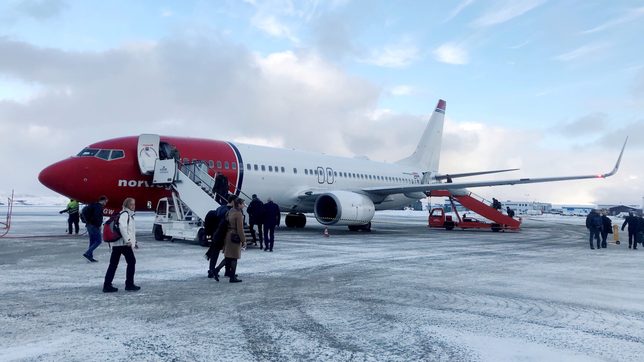 Facebook Twitter Copy URL
Copied
Norwegian Air, which emerged from bankruptcy proceedings in May 2021, says it is now 'in a strong financial position'

Norwegian Air reported a 68% rise in third-quarter revenue on Thursday, October 28, as European travel gradually recovers from the pandemic, and the airline said it would continue to scale up following a brush with bankruptcy that slashed its business.

The budget carrier’s sales for July-September amounted to 1.52 billion Norwegian crowns ($180 million), up from 905 million crowns a year ago when travel remained severely restricted by COVID-19 lockdowns.

The pandemic sent the indebted airline into bankruptcy proceedings last year, forcing it to terminate its transatlantic network before emerging in a slimmed-down version in May 2021.

“We are now in a strong financial position going into the traditionally more challenging winter months,” chief executive Geir Karlsen said in a statement.

“We have seen a positive trend in forward bookings month on month and an increasing number of passengers are choosing to fly Norwegian across our European network,” he added.

Bookings have risen in response to vaccinations and the relaxation of travel restrictions, and the company said it expected its available seat kilometers (ASK), a key capacity metric, to rise to 29 billion in 2022 from 18.2 billion in 2020.

Norwegian’s court-ordered restructuring, which was also supported by Norway’s government, cut the airline’s fleet to 51 aircraft from around 160, but the company said on Wednesday, October 27, it had agreed to lease a further 13 planes to support growing demand.

Norwegian’s debt was reduced by around 80% during reconstruction as creditors took control, but the company now faces fresh competition from Flyr on domestic routes in Norway and some foreign destinations.

The company has cash and cash equivalents of 7.6 billion crowns, and said cash burn would be low during the traditionally loss-making winter season. – Rappler.com