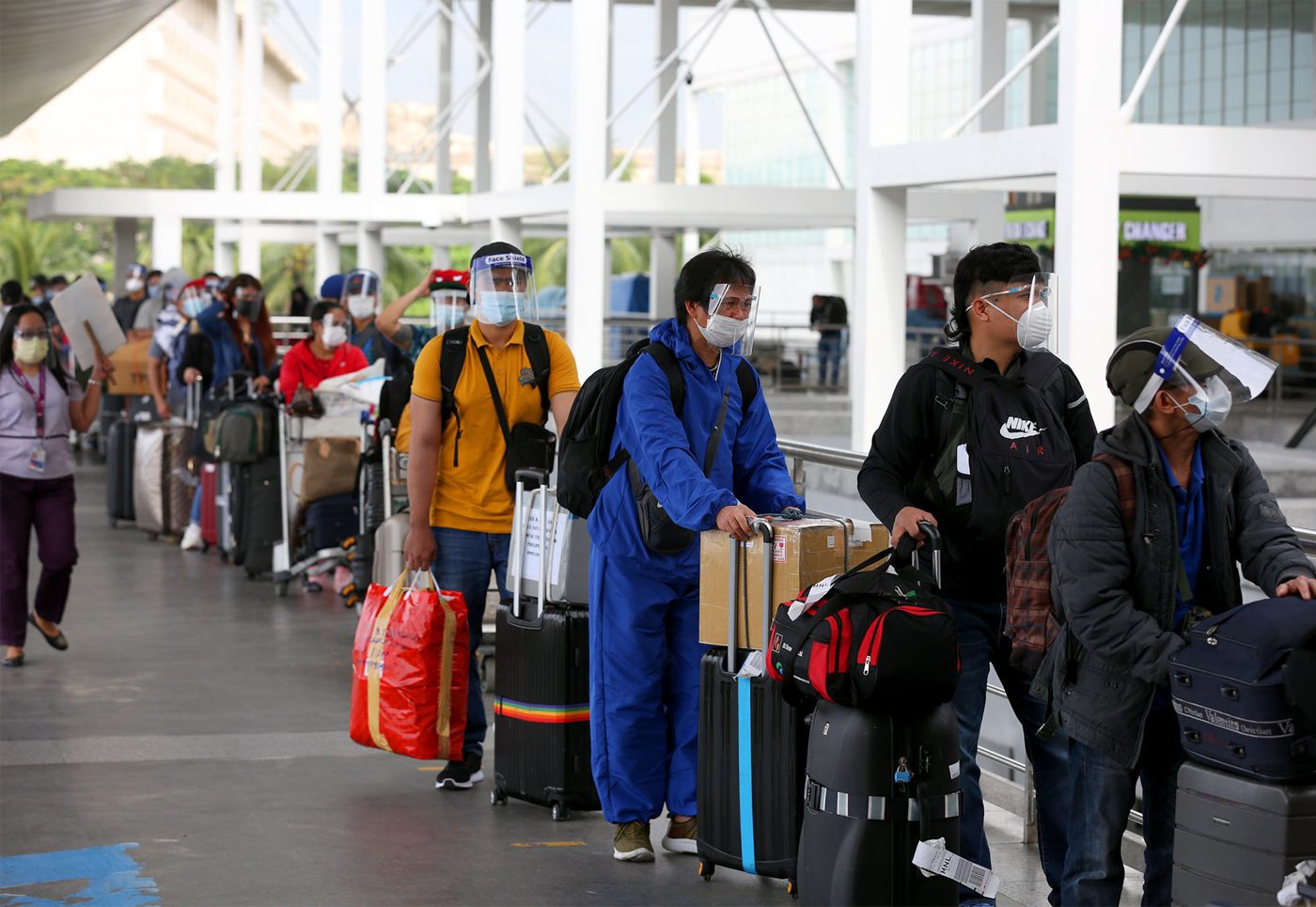 Facebook Twitter Copy URL
Copied
As the Philippines banks on dollars from overseas Filipino workers to shore up the economy, remittances show weakness in January

Personal remittances from overseas Filipinos dropped by 1.7% to $2.895 billion in January 2021 compared to the $2.944 billion in the same month in 2020, latest figures from the Bangko Sentral ng Pilipinas (BSP) showed.

The 3-month low marks a wobbly start for remittances, which helped support the Philippine economy undergoing a recession.

The decline in personal remittances in January was attributed to the 2.4% drop in remittances from land-based workers with work contracts of one year or more to $2.2 billion.

Remittances from sea-based workers and land-based workers with work contracts of less than one year inched up by 1% to $609 million.

Similarly, remittances coursed through banks went down by 1.7% to $2.603 billion.

Remittances fell by 0.8% in 2020, less than what most analysts expected. The BSP expects remittances to bounce back by 4% in 2021. – Rappler.com