Flag carrier Philippine Airlines (PAL) announced on Tuesday, February 2, that 30% or 2,300 of its over 7,000 workforce will be laid off by mid-March, as the beleaguered airline weathers the coronavirus pandemic.

The retrenchment program, which combines voluntary and involuntary separation, was first announced by PAL in October 2020.

The airline initially announced that retrenchment will take place during the 4th quarter of 2020. It implemented furloughs and flexible working arrangements to hold off the job cuts.

“This has been an extremely difficult and painful decision. For our colleagues who are leaving, rest assured that we are committed to support you through this transition,” said PAL president Gilbert Santa Maria.

“We extend to you our deepest gratitude for your years of hard work and dedicated service, and we will always cherish the ties you have established with the PAL family.”

The retrenchment is being carried out, according to PAL, after a comprehensive review. It is part of PAL’s recovery plan to survive the pandemic, which severely hit the global airline industry.

PAL said it will assist the affected employees with job placement.

Despite the reduction in its workforce, the flag carrier said it will continue to gradually increase international and domestic flights as demand recovers.

EXPLAINER: How Philippine Airlines plans to survive as its debt mounts 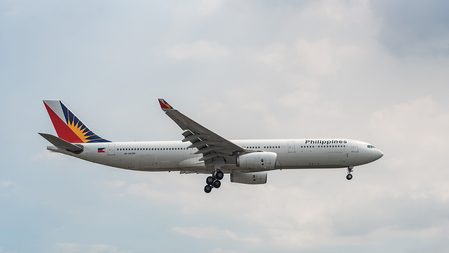 During the 1st half of that year, PAL president Lucio Tan had pumped around P6 billion in capital into the airline to keep it afloat, as losses topped P29 billion from January to September.

The International Air Transport Association expects global airline traffic to fall by 66% in 2020. It predicted traffic will not return to pre-pandemic levels until 2024. – Rappler.com