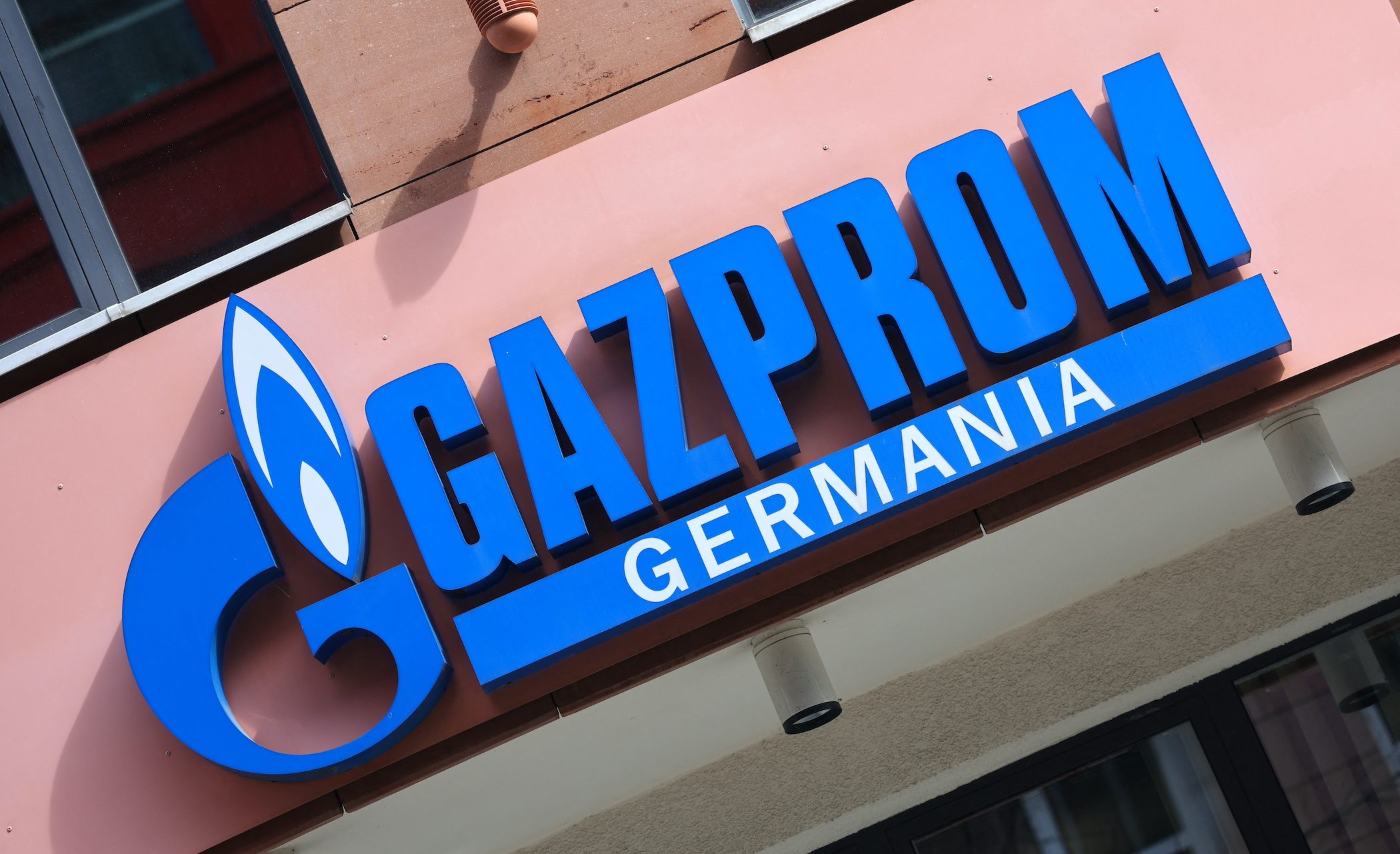 GAZPROM GERMANIA. The logo of Gazprom Germania is pictured at its headquarters in Berlin, Germany, April 1, 2022.

Facebook Twitter Copy URL
Copied
Gazprom Germania is based in Berlin and its only shareholder is Gazprom Export, a wholly owned subsidiary of Gazprom

Russian energy giant Gazprom said on Friday, April 1, it was exiting its business in Germany, amid a row between the two countries over Moscow’s insistence on switching payments for Russian gas to roubles from euros.

It was not immediately clear how the move would affect the supply of Russian gas, on which Germany depends for about 40% of its needs.

The company said it had terminated its participation in Gazprom Germania GMBH and all of its assets, including Gazprom Marketing & Trading Ltd. It provided no further details or explanation.

German business daily Handelsblatt reported on Thursday, March 31, that the German economy ministry was considering expropriating the Gazprom and Rosneft units in the country amid concerns about the security of energy supplies.

The Kremlin said on Friday that any such move would be a violation of international law.

Gazprom Germania is based in Berlin and its only shareholder is Gazprom Export, a wholly owned subsidiary of Gazprom.

The German entity has subsidiaries including in Switzerland and the Czech Republic.

It lists its main business areas as storage, trading, and supply of gas as a fuel for road transport and shipping, with a network of filling stations in Germany and the Czech Republic.

Russian President Vladimir Putin signed a decree on Thursday to impose rouble pricing for gas on buyers from what Moscow considers unfriendly countries. Germany rejects the change, and its economy minister said on Thursday it would not be “blackmailed by Putin.” – Rappler.com