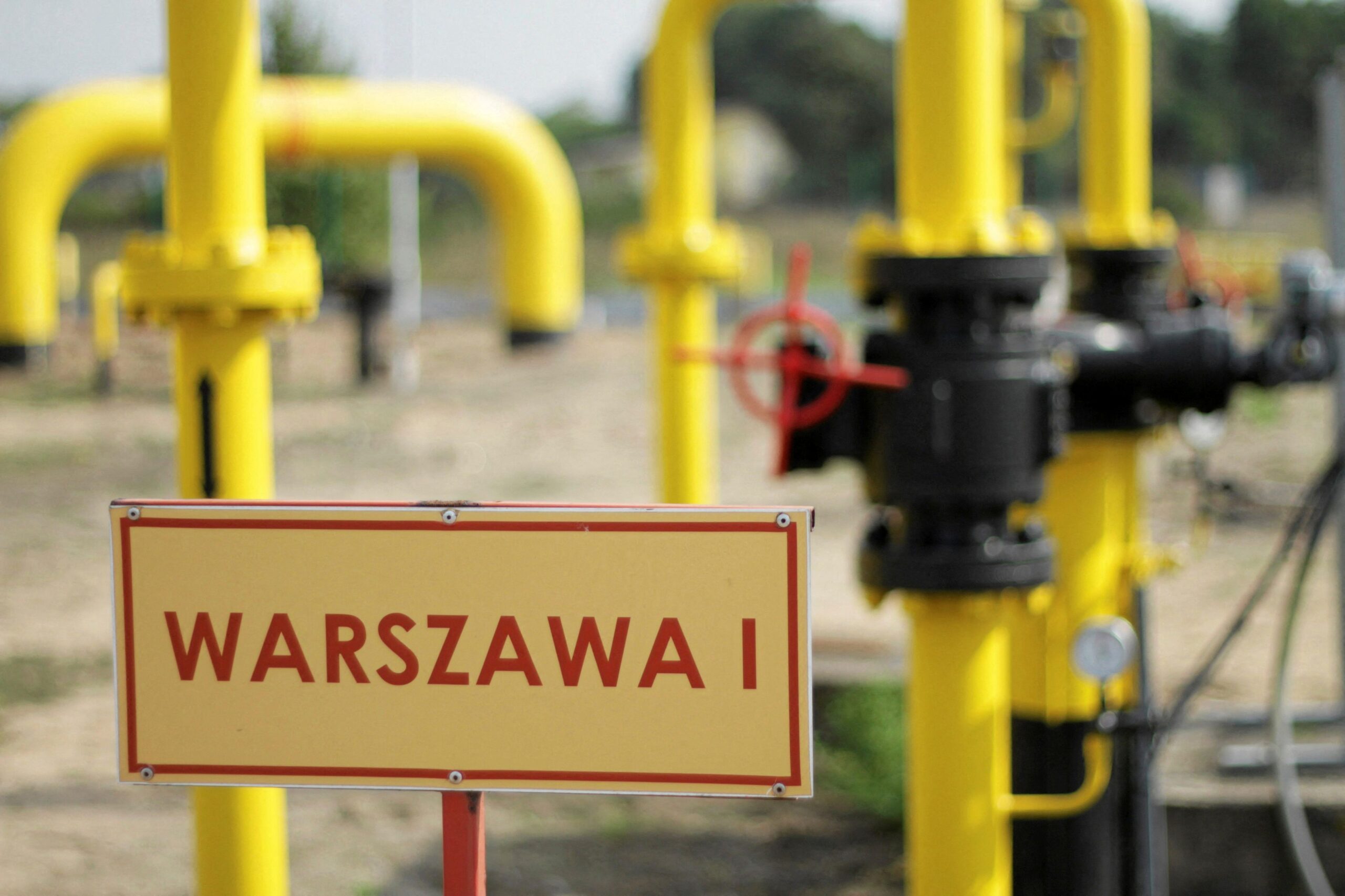 GAS. A sign, which reads 'Warsaw,' is pictured at the Gaz-System gas distribution station in Gustorzyn, central Poland, September 12, 2014.

Facebook Twitter Copy URL
Copied
Poland and Bulgaria would be the first countries to have their gas cut off by Gazprom, Europe's main supplier, since Russia's invasion of Ukraine started on February 24

WARSAW, Poland – Russian energy giant Gazprom has told Poland and Bulgaria it will halt gas supplies from Wednesday, April 27, in a major escalation of Russia’s broader row with the West over its invasion of Ukraine.

Poland and Bulgaria would be the first countries to have their gas cut off by Europe’s main supplier since Moscow started what it calls a military operation in Ukraine on February 24. The move to cut off supplies also followed sanctions imposed by Warsaw against Russian individuals and companies.

Russian President Vladimir Putin has demanded that countries he terms “unfriendly” agree to a scheme under which they would open accounts at Gazprombank and make payments for Russian gas imports in euros or dollars that would be converted into roubles.

Last week, the European Commission said EU companies may be able to work around Russia’s demand to receive gas payments in roubles without breaching sanctions if they pay in euros or dollars which are then converted into the Russian currency.

Poland is a staunch political opponent of Moscow. Polish gas company PGNiG, whose gas deal with Russia expires at the end of this year, has said it would not comply with the new scheme of payment and would not extend the contract.

It also did not extend its gas transit deal with Gazprom in 2020. Since then, the Russian gas provider had to take part in auctions for pipeline capacity via the Yamal-Europe pipeline from Belarus to Poland.

Poland’s gas supply contract with Gazprom is for 10.2 billion cubic meters (bcm) per year, and covers about 50% of national consumption.

Earlier, data from the European Union network of gas transmission operators showed physical gas flows via the Yamal-Europe route had halted, but they resumed later on Tuesday, April 26.

Poland’s energy supplies are secure, its climate ministry said, adding that there was no need to draw from gas reserves and that gas to consumers would not be cut.

Gazprom also informed Bulgarian state gas company Bulgargaz it will halt gas supplies from Wednesday, the energy ministry said. Bulgaria also had a contract due to expire at the end of the year. It meets over 90% of its gas needs with Gazprom’s imports at around 3 bcm a year.

Tom Marzec-Manser, head of gas analytics at data intelligence firm ICIS, said, “This is a seismic warning shot by Russia.”

“Poland has had an anti-Russia and anti-Gazprom stance for a number of years, which is not the case for Bulgaria, so to see Bulgaria also be cut off is also quite a development in its own right,” he added. Poland said it can source gas via two links with Germany including a reverse flow on the Yamal pipeline, a link with Lithuania with an annual capacity of 2.5 bcm that will open on May 1, and via an interconnector with the Czech Republic for up to 1.5 bcm.

Another 5 to 6 bcm could be shipped via a link with Slovakia to be opened later this year.

In addition, PGNiG can import up to 6 bcm per year via the LNG terminal in Swinoujscie on the Baltic Sea, and it produces more than 3 bcm of gas per year locally in Poland. In October, a pipeline allowing up to 10 bcm of gas per year to flow between Poland and Norway will be opened.

Government officials said Poland’s gas storage of 3.5 bcm is 76% full and it will not have to cut supplies to customers to cope with Gazprom supply halt.

Meanwhile, Bulgaria said it has taken steps to find alternative gas supply and no restrictions on gas consumption was required for now.

Analysts at investment bank Jefferies said the cut-off warning increases the risk of other early terminations for other European contracts due to expire by the year-end, amounting to nearly 12 bcm a year.

Only a few Russian gas buyers, such as Hungary and Uniper, Germany’s main importer of Russian gas, have said it would be possible to pay for future supplies under the scheme announced by Moscow without breaching European Union sanctions.

Germany’s network regulator said it was monitoring the gas delivery situation from Russia after the threat to Poland supplies, adding that supply to Germany was currently guaranteed.

PGNiG said on Tuesday it would take steps to reinstate the flow of gas according to the Yamal contract and that any halt of supplies was a breach of that contract, adding that it has the right to pursue damages over breach of contract.

Earlier on Tuesday, Poland announced a list of 50 Russian oligarchs and companies, including Gazprom, that would be subject to sanctions under a law passed earlier this month allowing their assets to be frozen. The law is separate from sanctions imposed jointly by EU countries.

Gas traders said the Dutch gas market, the European benchmark, moved up near the end of trade on Tuesday. The front-month Dutch gas contract settled around 5.4% higher at 98.20 euros/MWh. – Rappler.com