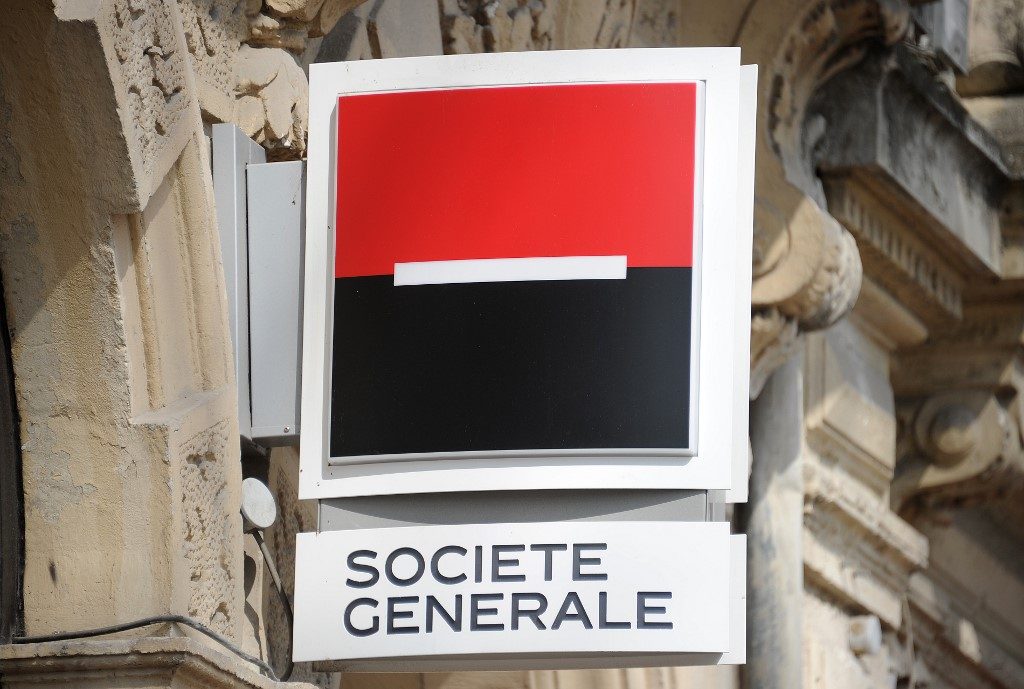 SOCIETE GENERALE. This file photo, taken on March 27, 2013, shows the logo of French bank Societe Generale at a branch in the center of the southern French city of Montpellier.

French bank Societe Generale said on Monday, December 7, it planned to close 600 branches in France in the next 5 years as it consolidates its network around the country.

The group said it would merge its Societe Generale branches with those of its subsidiary Credit du Nord, leading to the closures and an unspecified number of job losses.

Sebastien Proto, deputy general manager of the group, told Agence France-Presse there would be no forced redundancies with the group relying on retirements and “natural departures.”

Societe Generale is keen to cut costs after reporting a loss in the first 6 months of the year of more than a billion euros (1.2 billion dollars).

The traditional banking sector is undergoing huge change worldwide because of falling demand for in-person services in branches, as well as competition from new so-called “fintech” groups which are taking on the industry’s legacy institutions.