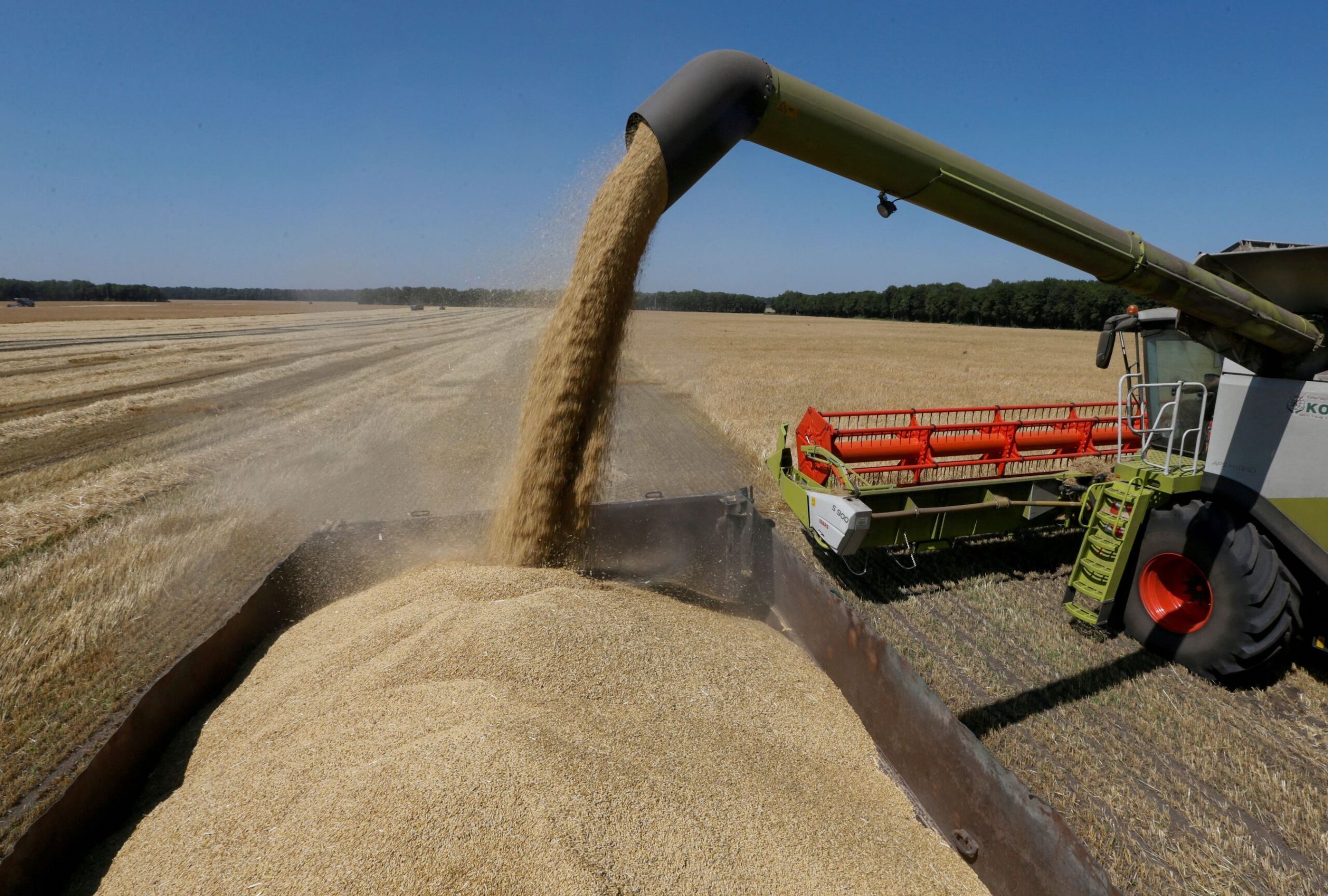 BARLEY. A combine harvester loads a truck with barley in a field near the village of Zhovtneve, Ukraine, July 14, 2016.

LVIV, Ukraine – Ukraine‘s spring crop sowing area may more than halve this year from 2021 levels to some 7 million hectares, its Agriculture Minister Roman Leshchenko said on Tuesday, March 22, versus 15 million hectares expected before the Russian invasion.

Ukraine is a major global agriculture producer and exporter, and the hostilities may sharply reduce the 2022 harvest and exports in the forthcoming 2022-2023 season.

Its spring crop sowing forecast covers grains such as barley and corn, as well as other crops such as sugar beet, sunflowers, and soybeans.

“The adjusted plan currently stands at 7 million hectares. We have actually corrected [the initial plan] by half. There will be less corn,” Leshchenko told Reuters.

“We have large stocks of corn, and how to export it later is a very difficult question.”

Leshchenko said the ministry had urged farmers to sow more spring wheat, buckwheat, oats, millet, and spring barley. He gave no forecast for the sown area of those specific crops, but said overly dry weather could affect the sowing.

“Today, the issue of food security is at the forefront,” the minister said.

Ukraine sowed only 176,000 hectares of spring wheat last year as the country is a traditional grower of winter wheat.

Leshchenko said farmers sowed a total of 6.5 million hectares of winter wheat for the 2022 harvest, but the harvested area could be only around 4 million hectares due to war in many Ukrainian regions.

He declined to forecast the 2022 grain harvest, because “the situation has not fully stabilized,” he said.

“The territory of hostilities is constantly moving, and we hope that there will be some changes in the situation in terms of achieving peace, and we will be able to plant at least late crops those areas that are now in the war zone.”

Ukrainian agriculture consultancy APK-Inform this weekend said the export of wheat would not exceed 18.3 million tons this season and only 200,000 tons of the commodity could be sold from March to June.

Ukraine has already suspended exports of rye, oats, millet, buckwheat, salt, sugar, meat, and livestock in the face of the invasion, and introduced licenses for wheat, corn, and sunflower oil exports.

Leshchenko said the government was considering lifting the requirement for export licenses for corn and sunoil, as its stocks are sufficient.

President Volodymyr Zelenskiy told the Italian parliament on Tuesday that Russia’s attack on Ukraine risked causing famine in countries around the world. – Rappler.com