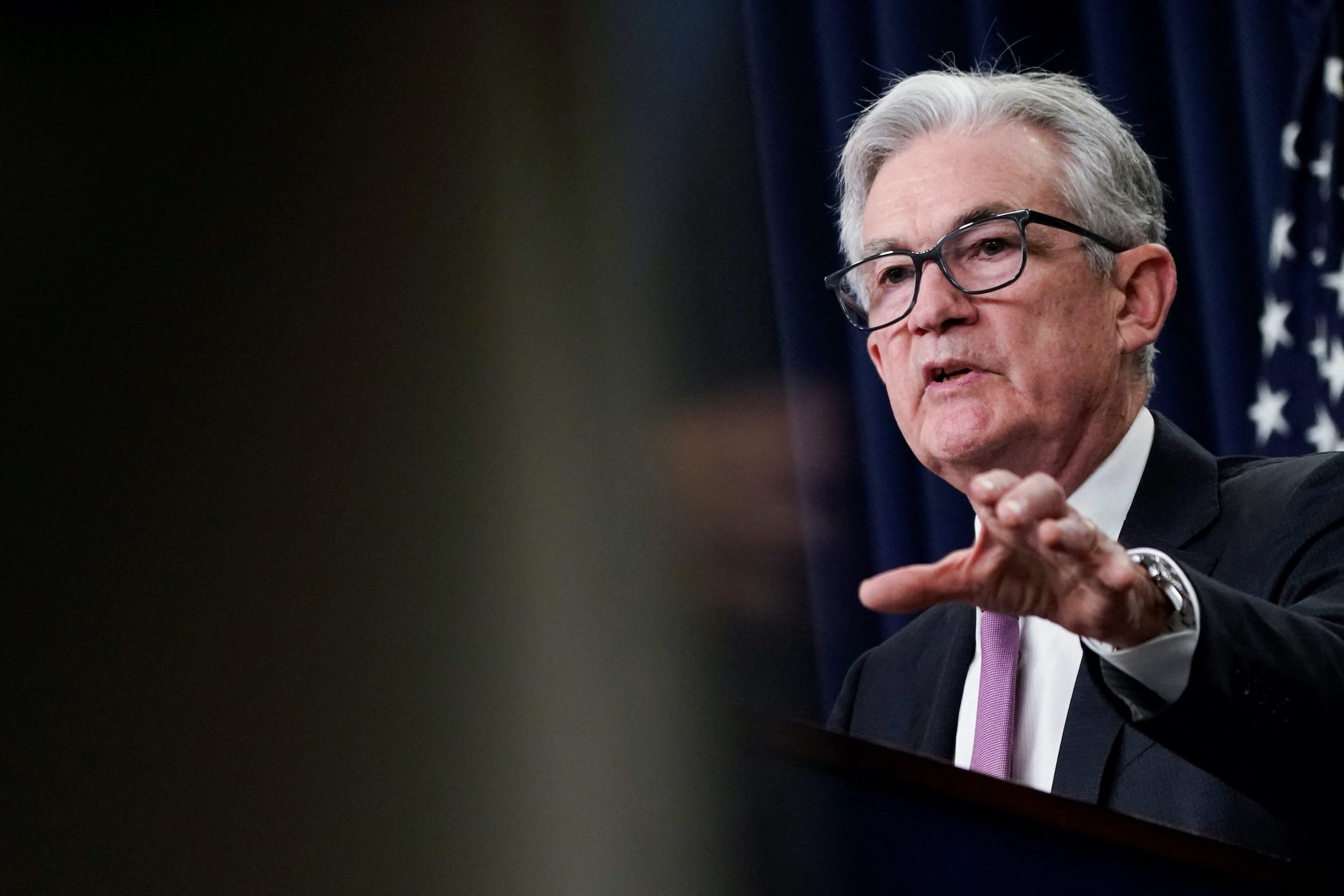 Federal Reserve Chair Jerome Powell’s message on inflation and interest rates at this year’s Jackson Hole central banking conference in Wyoming will strike a tone entirely different from the soothing one he used at the same event just one year ago.

Back then, Powell used a series of charts to illustrate why he expected price pressures to ease and believed a still-underemployed and pandemic-battered nation needed continued support from the US central bank.

Fast forward to this week, and while Jackson Hole’s majestic mountainous backdrop remains the same, the economic landscape has changed: the Powell-led Fed is battling high inflation with the sharpest set of interest rate hikes in 40 years.

Here’s a walk-through of the data that served as the foundation for Powell’s thesis a year ago, and how things have evolved since then.

What Powell saw a year ago: US employers were adding 832,000 jobs a month, but the labor market still had “considerable remaining ground” to reach the Fed’s goal of maximum employment. The unemployment rate, at 5.4%, was “much too high” and even so understated the slack in the labor market. “We also expect to see continued strong job creation,” he said.

As it turned out: US employers were hiring at a more moderate clip than the data showed at the time, but strong job creation continued, probably more so than Powell expected.

The gap to the level consistent with full employment closed quickly, in part because rising COVID-19 cases didn’t slow spending as much as anticipated, and workers sidelined by the pandemic weren’t rushing back into the labor market.

The unemployment rate is now 3.5%, matching a 50-year low. But even that figure perhaps understates how tight the labor market is. While most Fed policymakers estimate full employment to be around 4.5%, “my own instinct is that the natural rate of unemployment is higher,” Powell said last month.

What Powell saw a year ago: Inflation appeared to be confined to “a relatively narrow group of goods and services” affected by the pandemic and the reopening of the economy, but broad-based measures of price pressures looked moderate. “We would be concerned at signs that inflationary pressures were spreading more broadly through the economy,” he said.

As it turned out: They did spread. The Dallas Fed’s trimmed mean personal consumption expenditures inflation rate, one measure Powell cited in last year’s speech, was among several gauges of broad-based inflation that shot up as price pressures spread from things like used cars and home exercise equipment to a wide range of consumer goods and services.

What Powell saw a year ago: Prices were moderating in high-inflation items like used cars. “It seems unlikely that durables inflation will continue to contribute importantly over time to overall inflation,” he said. “Incoming data should provide more evidence that some of the supply–demand imbalances are improving.”

As it turned out: Inflation in the durables category only receded recently, having peaked later than anticipated in part because of persistent supply chain troubles.

Meanwhile, services inflation is increasingly contributing to overall price pressures, as people switch from buying goods to spending more on travel and dining.

Wages: Not much to see here

What Powell saw a year ago: Data suggested “moderate” wage growth and “little evidence of wage increases that might threaten excessive inflation,” he said.

As it turned out: Pay rose sharply, with the broad-based measures of wage growth that Powell pledged to monitor carefully jumping from only slightly above the Fed’s 2% inflation target to more than 5%. That’s still short of overall inflation, but the central bank may be less sanguine now than then about the possibility of a 1970s-style wage price spiral.

What Powell saw then: Households and businesses seemed to agree with his own view that inflation would prove transitory – they didn’t expect inflation in 5 years or 10 years to be much higher than the Fed’s 2% goal. That meant the central bank could safely “look through” near-term inflation without worrying that it would become embedded in the American psyche.

As it turned out: Long-term inflation expectations have risen, and that was one reason the Fed got more aggressive in June with the first of two outsized 75-basis-point interest rate hikes.

What Powell saw a year ago: Technology, globalization, aging populations, and central banks’ determination not to let inflation get out of control had for decades kept global inflation low, and there was little reason to think those underlying trends “have suddenly reversed or abated,” he said. Powell showed a chart demonstrating low inflation across most advanced economies.

As it turned out: The picture changed.

And in the conference room where Powell will speak on Friday, global central bankers who were responsible for keeping price pressures in check over the past year will be watching every line on his charts. – Rappler.com