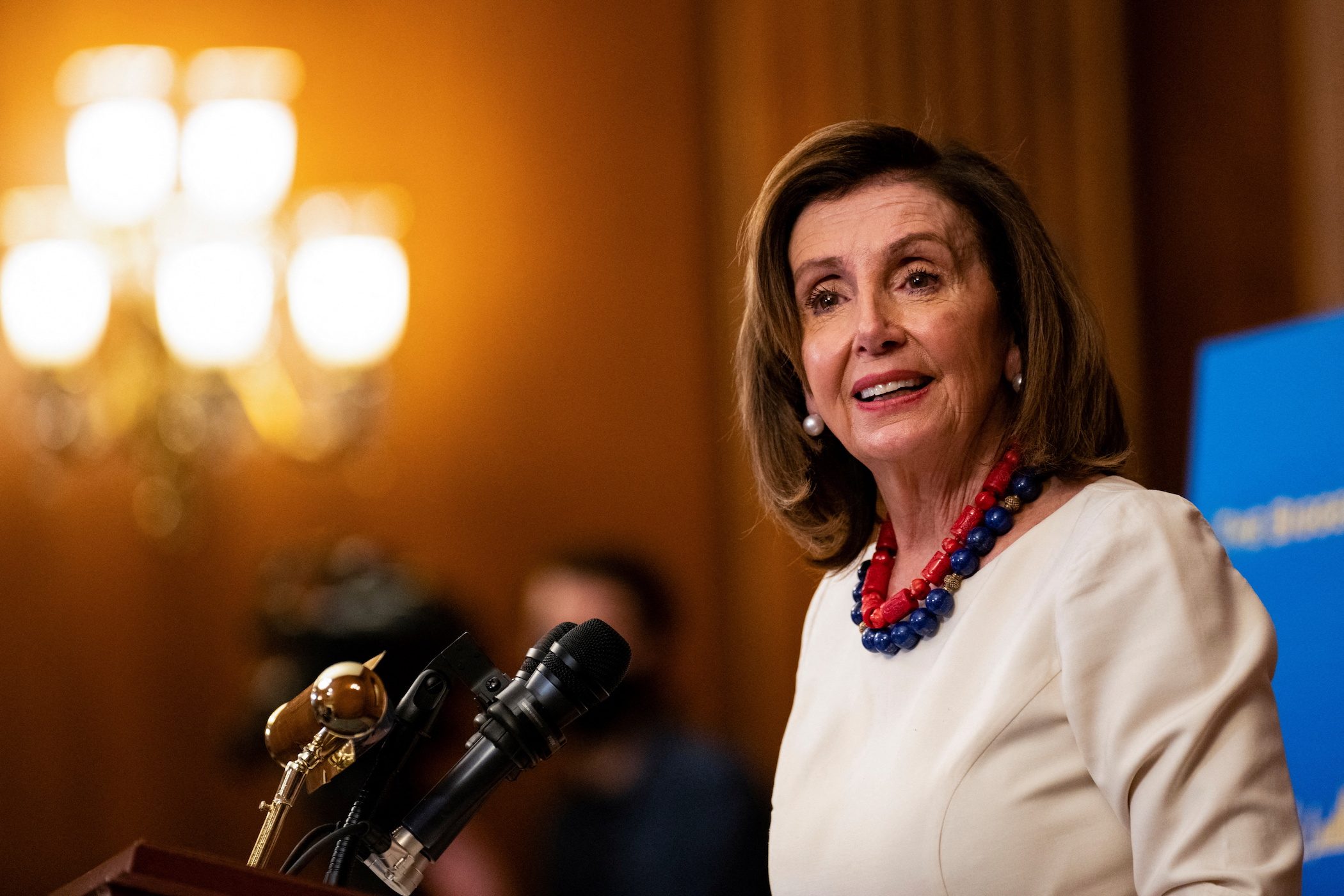 A year since a Reddit-driven retail trading frenzy rocked the markets and created the “meme stock” phenomenon, leading US lawmaker Nancy Pelosi’s investments have become a meme in their own right.

Google searches for “Pelosi stock trades” hit a record high earlier this month as users on social media platforms including Twitter, Reddit, YouTube, and TikTok scrutinize her investments, believing the US Speaker of the House may have an edge on Wall Street.

Discussion of Pelosi’s trades is a recurring theme on social media including “wallstreetbets,” the Reddit forum where retail investors banded together a year ago to coordinate frenzied buying of video games retailer GameStop and other companies, which eventually became known as meme stocks.

Trade disclosures filed by Pelosi, a multimillionaire, are shared widely across social media soon after they appear on the House website. Companies she disclosed trades in last year include Apple, Amazon, Tesla, and Microsoft.

Like other congressional lawmakers, Pelosi is legally required to file disclosures of her stock trades. Her reports have garnered growing attention amid a massive uptick in retail trading – as well as recent calls to ban lawmakers from trading at all, a debate Pelosi has been pulled into in recent weeks.

On Monday, January 24, 27 House members signed a letter calling for a floor vote on recent proposals to prohibit Congress members from owning stocks “in light of recent misconduct.”

Last year, Pelosi filed transaction reports showing her husband, financier Paul Pelosi, made trades valued at as much as $5 million at a time in “Big Tech” companies now facing an antitrust bill in Congress. Those companies are also among the most widely held across Wall Street, making investing in them relatively common.

A 2012 law makes it illegal for lawmakers to use information from their work in Congress for their personal gain. The law requires them to disclose stock transactions by themselves or family members within 45 days.

“It’s nonsense, it’s very hard to replicate what other people are doing and gain some edge,” said Sahak Manuelian, managing director of trading at Wedbush Securities in Los Angeles.

That has not stopped users on TikTok from focusing on her disclosures, with one video clip about her husband’s recent options purchases in companies including Alphabet, Micron Technology, and Roblox earning 45,000 likes.

Still, a recent analysis by Unusual Whales, a service selling financial data, concluded that congressional lawmakers last year traded $290 million in stocks, options, cryptocurrency, and other assets, and that they outperformed the market, on average.

Pelosi’s performance ranked sixth best in 2021, with Republican congressman Austin Scott leading the way, according to the analysis.

The justice department ended investigations of stock trades by at least three senators ahead of the 2020 market slump, caused by the coronavirus pandemic, without filing charges. – Rappler.com