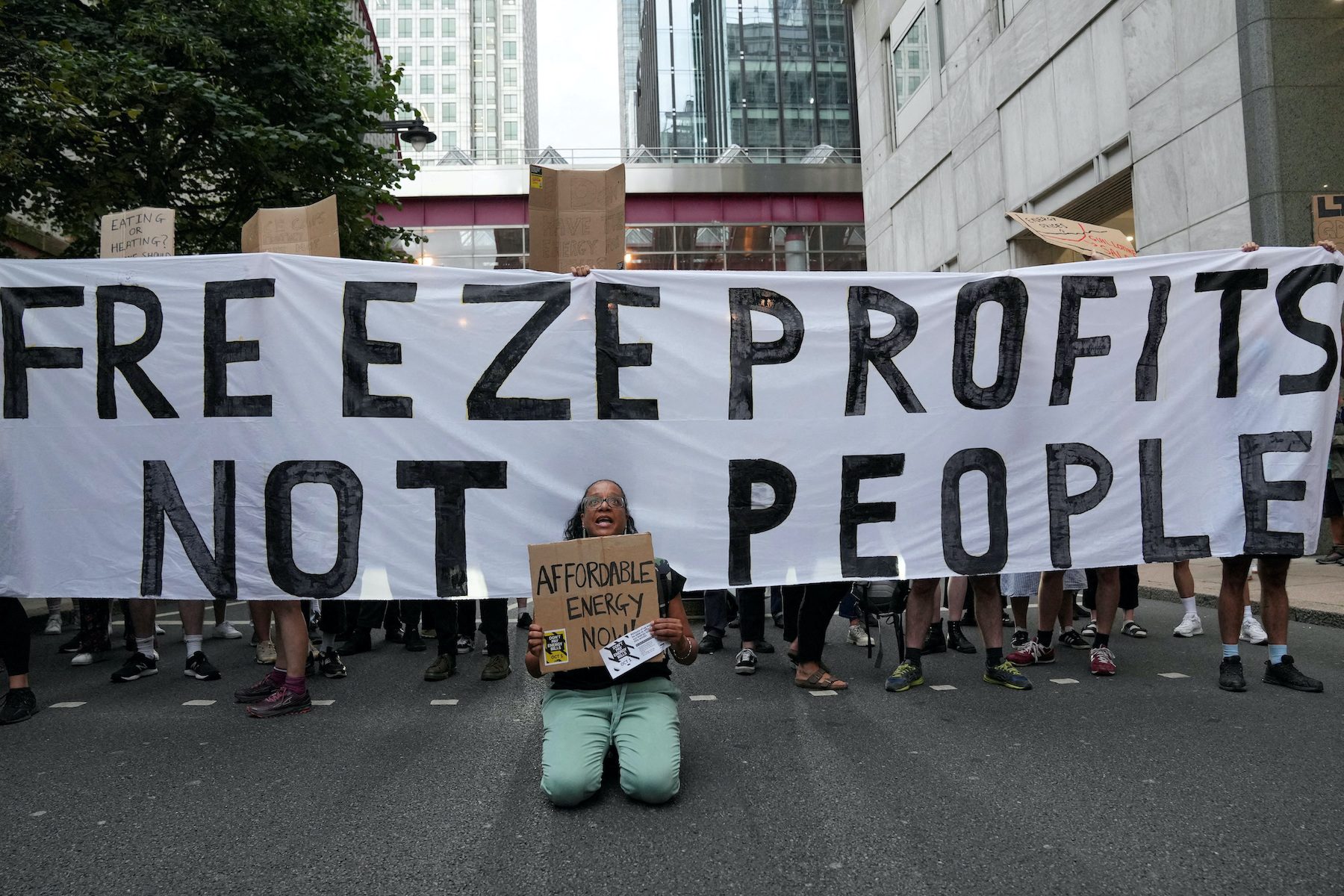 PROTEST. Demonstrators block a street in Canary Wharf during a protest outside the Ofgem headquarters, following an energy price cap announcement, in London, Britain, August 26, 2022.

LONDON, United Kingdom – Europe’s wealthiest nations face rising risks of civil unrest over the winter, including street protests and demonstrations, due to high energy prices and mounting costs of living, according to a risk consultancy firm.

Both Germany and Norway are some of the developed economies experiencing disruptions to everyday life because of labor actions, a trend already seen in the United Kingdom, Verisk Maplecroft’s principal analyst Torbjorn Soltvedt told Reuters.

Verisk’s latest report on its civil unrest index found more than 50% of the almost 200 countries covered experienced an increase in mass mobilizations risk between the second and the third quarter of 2022, the largest quantity of nations since the firm released the index in 2016.

The list of countries with the biggest projected increase in risk included Bosnia and Herzegovina, Switzerland, and the Netherlands, according to the report released on Friday, September 2.

“Over the winter, it wouldn’t come as a surprise if some of the developed nations in Europe start to see more serious forms of civil unrest,” Soltvedt said.

Russia’s war in Ukraine since February 24 has accelerated a rise in food prices, which hit an all-time record in February and again in March. Energy prices also rose sharply with Europe finding itself at the center of the fallout. Russia calls its actions in Ukraine “a special military operation.”

“And we still have some of the fallout from the COVID pandemic playing into this, with existing supply chain disruptions,” chief analyst Jimena Blanco added.

Devastating droughts and low water levels connected to climate change in many parts of the world have exacerbated high food and energy prices.

From peaceful movements to violent protests, the rise in prices of staple foods also explained the increase in social discontent spanning developed and emerging markets alike, according to the report.

Mauritius, Cyprus, and Ukraine have experienced the largest increase in social unrest in the third quarter versus the second quarter, with Russia in the seventh place and Norway in the 13th place of the list. – Rappler.com