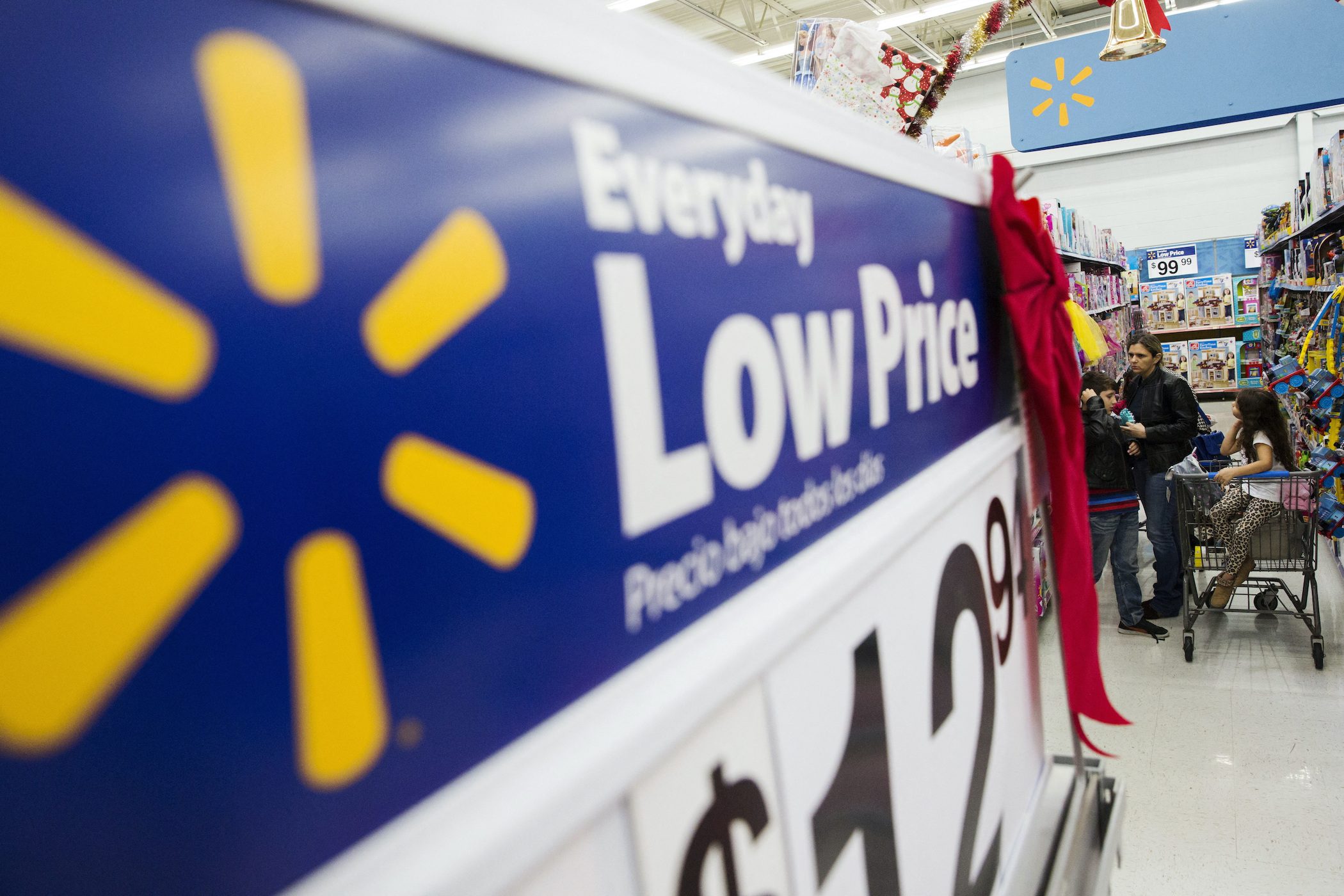 Walmart said inflation-weary shoppers continued to buy groceries at its stores in the most recent quarter, though many held back from purchasing other merchandise despite steep discounts on apparel, electronics, and home goods.

The company nudged up its annual profit forecast on Tuesday, August 16, partly reversing a hefty cut less than a month ago. Walmart shares, which have fallen by more than 8% this year, rose 5% in morning trading. Shares of rivals Target, Costco, and Best Buy also climbed by 1% to 3% on the news.

Walmart said it now expected fiscal 2023 adjusted earnings per share to fall 9% to 11%. Last month, the top US retailer spooked markets across the globe when it forecast a drop of 11% to 13% – down from previous guidance for a 1% fall – and warned consumers were pulling back on discretionary purchases at a far greater pace than feared as soaring inflation hit their spending power.

Walmart’s chief financial officer John David Rainey said on Tuesday that electronics, home items, and clothing were “problem areas” for the retailer where it had work to do reducing stock.

Financial markets are on tenterhooks over signs US inflation could be easing, which might allow the Federal Reserve to slow interest rate hikes and limit the economic pain. The consumer price index rose 8.5% in July, less than in the previous month, due largely to a 17% drop in gasoline prices.

But Walmart said it was too early to tell whether food price inflation in the third quarter would be different from the double-digit rate of the second quarter. Shoppers are putting fewer items in their cart and buying more private-label food products, where growth doubled in the second quarter from the first, Rainey said.

Back-to-school shopping gave Walmart’s sales a boost at the end of July, but many parents opted for school supplies instead of clothing.

Surging inflation also drove many mid-to-high income customers to Walmart, mainly to its online business, chief executive officer Doug McMillon said. But they too favored purchases of groceries rather than other merchandise, on which Walmart tends to have a higher profit margin.

“We expect inflation to continue to influence the choices that families make, and we’re adjusting to that reality,” McMillon said on an investor call.

While higher food prices drove average bills and boosted same-store sales at Walmart’s US stores up 6.5%, its higher discounting of general merchandise bit into profits. Operating income fell 6.8% to $6.85 billion in the quarter.

The Bentonville, Arkansas-based retailer now expects consolidated net sales growth of about 5% and adjusted earnings to decline 9% to 11% in the third quarter.

Walmart kept its forecast for 3% same-store sales growth for the rest of the year. “Walmart maintained its outlook for the second half of the year – an indication that, even with lower gas prices, consumers are still looking at buying less and cheaper on their weekly shopping trips,” Jefferies analyst Stephanie Wissink said. – Rappler.com