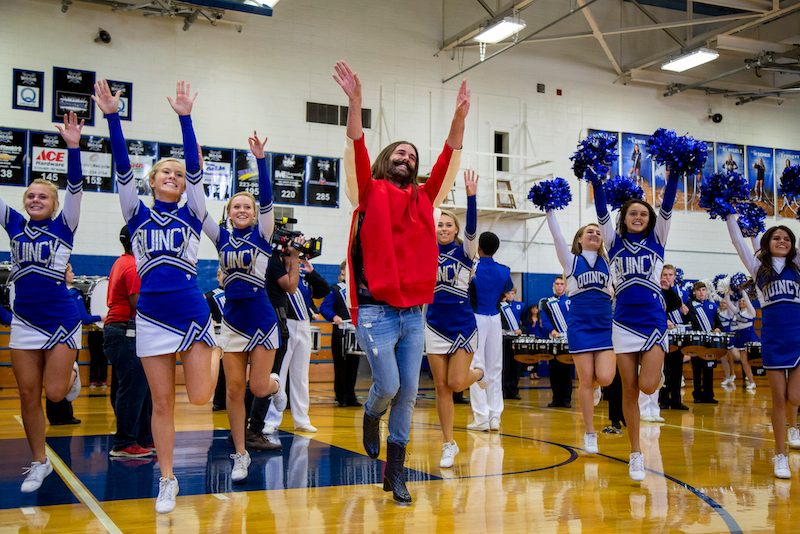 MANILA, Philippines – Jonathan Van Ness has opened up about his HIV-positive status in his upcoming memoir, Over The Top, an excerpt of which was shared to The New York Times.

In the memoir, Queer Eye’s resident grooming expert recalls how, when he was 25 years old, he fainted while working on a client’s hair. After going to Planned Parenthood the next day, he tested positive for Human Immunodeficiency Virus, or HIV.

HIV attacks the body’s infection-fighting cells, making a person more vulnerable to infection and diseases. It is spread most commonly through unprotected sex, or shared injections equipment. HIV cannot be cured, but it can be treated through antiretroviral therapy (ART), which allows people living with HIV to be healthy and prevent the transmission of the virus to their partners.

After learning of his diagnosis, JVN moved to Los Angeles to start fresh. In his early 20s, according to the New York Times, he had been addicted to sex and hard drugs, but “cleaned up his act” in LA, where he later started the Funny or Die web series Gay of Thrones, which began his journey to stardom.

He later auditioned for Netflix’s Queer Eye, where he continues to win over viewers with his effervescence, energy, and positivity. (READ: Queer and facing rejection? The Fab 5 have something to tell you)

In his memoir, JVN also wrote about other difficult issues he has had to face in his life, including being sexually assaulted as a young boy.

“It’s hard for me to be as open as I want to be when there are certain things I haven’t shared publicly,” JVN told The New York Times. “These are issues that need to be talked about.”

His book Over The Top will be released in the United States on September 24. – Rappler.com