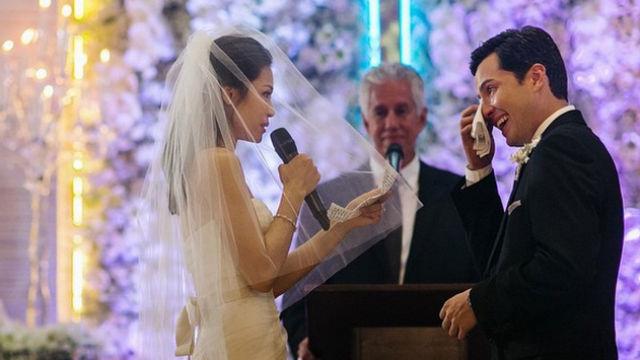 Toni walked down the aisle  accompanied by her parents Pinty and Bonoy Gonzaga. Her younger sister Alex served as her maid of honor.

Here are photos from the wedding:

And they will start the journey to forever#PerfectTogether #paultinwedding #kiss ©

so funny because Toni literally screamed "I do!" when our Pastor Paul of @newlife_ph asked her! Paul said Toni is "the rest of my life"..

hahaha and Paul shouted "I LOVE YOU CELESTINE!!!!! " and "Let's do this!" awwwwwwwww what beautiful vows, Paul #PaulTinWedding

This chapel has only 200 people but what a powerful message this wedding has imparted.Jesus Christ is the center of Paul &Celestine's love.

Two days before the wedding, a despedida del soltera was held for the couple attended by their family and friends.

In February of this year, Toni confirmed that Paul proposed to her near her birthday. The couple have been together for 8 years. – Rappler.com

More on Toni and Paul: