Facebook Twitter Copy URL
Copied
Stars celebrate the win, which many see as a reset for the superpower

America’s (and pop culture’s) biggest stars joined millions of their countrymen on Sunday, November 8 (late Saturday, November 7, in the US) in celebrating the win of Democratic candidates Joe Biden and Kamala Harris after a tough and grueling mid-term election.

Biden and Harris’ victory marked Donald Trump’s entry into a rare club – of American presidents who failed to secure a second term.

In the United States, voters, through the electoral college, elect a president and vice president every 4 years. An incumbent president may gun for a second – and last – term.

Biden’s win comes at a tumultuous time in America. Even as Biden and Harris delivered their victory speeches, Trump continues to claim – without basis – that he was cheated. The election also takes place as coronavirus numbers continue to rise in America, with more than 1,000 new deaths reported the day the election was called in favor of the Democrats.

Still, many view Biden’s win as a refresh for the superpower.

On Instagram, Lady Gaga went live to commemorate the moment when US media networks projected Biden as the president-elect of the United States.

“I hope you’re all celebrating. I hope all the women know in this country that there is a real reckoning and a real change. And I hope that people whose voices have been oppressed by power, I hope that you know that your voices were heard,” said the singer, who barely held back tears as she spoke to her 44.9 million followers on the platform.

“This is a very special day… a day where a lot of people who have felt like we were living in a state of terror and aggression all the time, that it’s over. You can feel warm now,” she added, while pointing out how Harris made history.

Kamala Harris, the daughter of Shyamala Gopalan, a scientist who moved to the US from India when she was only 19, hit many firsts – she’s the first Asian, Black, South Asian, and woman to be elected vice president.

Lady Gaga also praised Stacy Abrams, who is credited by Democrats and local officials as the force behind flipping Georgia blue.

Ariana Grande, another Grammy award-winning artist, tweeted her congratulations for the Democrat tandem and even drove around town to join the celebration.

WATCH: From tragedy to triumph – Joe Biden’s long road to the US presidency 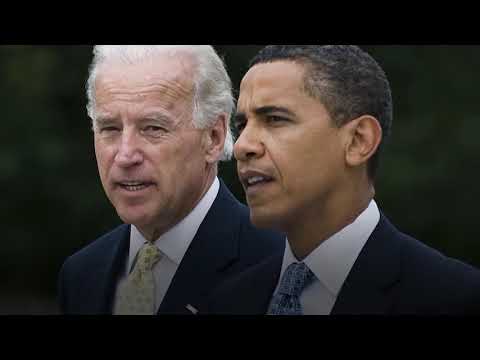 Model and entrepreneur Chrissy Teigen and husband John Legend joined Biden and Harris supporters in celebration after the race was called in their favor.

Another pop legend, Beyonce, posted throwback photos of both Bidden and Harris to celebrate their win. Beyonce had endorsed the two and urged fellow Texans to vote democrat.

While Texas ultimately went to Trump, its urban centers – including Beyonce’s hometown of Houston, went for Biden.

Mark Hamill, meanwhile, marked the occasion with a Star Wars meme, because of course.

Mandy Moore also paid tribute to Biden and Harris’ teams for their hard work during the 2020 campaign.

Actress and comedian Mindy Kaling, who also campaigned for the Biden-Harris ticket, tweeted photos of Harris with the caption: “Crying and holding my daughter, ‘look baby, she looks like us.'”

Here’s how other stars – from Eva Longoria to Oprah – reacted to the crucial Biden and Harris win.

Even stars who aren’t Americans joined in the celebration.

Shakira, who is Colombian, tweeted: “The world is in the hands of someone civil and compassionate. Now it’s time to clean up the environment, provide quality education and health services to all. We all have to do our part, but the groundwork is laid. Now a little dance with my kids to celebrate!”

Dua Lipa, who is British, tweeted a video of a celebration in New York where people – many of them in masks but with little physical distancing – were dancing to “Don’t Start Now.”

Dua Lipa had featured in a video chat with Vermont Senator Bernie Sanders in late October, during which they discussed the experience of universal health care in the UK – Rappler.com