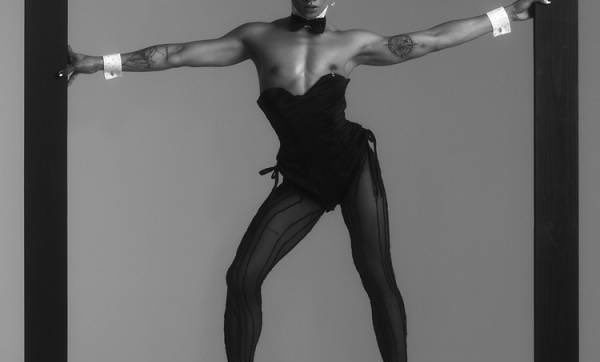 Bretman Rock proves that he is truly “da baddest” as he graces the cover of Playboy magazine – the first openly gay man to do so.

Bretman appears on the cover of Playboy’s October 2021 digital issue. He shared two versions of the cover on social media on October 2. In the black-and-white images, he serves Playboy bunny realness in a corset, platform heels, and of course, bunny ears and a tail.

“I’m a [Playboy] bunny DUHHHHHHHH,” he wrote in the caption.

The cover was celebrated by many, including Bretman’s millions of fans – he has 17.7 million followers on Instagram alone – but also had its share of haters, who said that gay men didn’t belong on the cover of Playboy.

Bretman shut them down by sharing even more photos of himself on Instagram looking fierce as the Playboy bunny.

“Posting to piss off more straight men, if you’re pissed because I turn you on then say that geez,” he wrote in the caption.

Playboy also defended their choice to put Bretman on the cover, saying they’ve received both great comments for the cover, but also “far too many offensive ones.”

In an October 5 tweet they said: “If a gay man feels sexy in a bunny costume, an iconic symbol of sexiness, why shouldn’t he be able to wear it proudly?”

“Serving as a platform for representation and freedom of expression is and will always be what Playboy stands for,” they added.

Bretman, who was born in the Philippines and moved to Hawaii as a child, is one of the biggest content creators on the internet. He rose to fame doing vlogs and beauty tutorials on YouTube, where he counts over 8 million subscribers. – Rappler.com