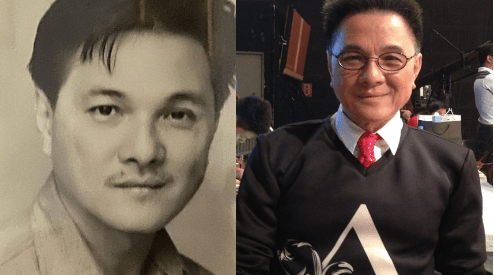 TOUGH ACT TO FOLLOW. Celebrities and fellow journalists say that Ricky Lo is a big loss to the entertainment industry.

The entertainment industry mourns for showbiz columnist Ricky Lo, who died on May 4, Tuesday at the age of 75, due to a stroke.

The Philippine Star, where Lo was an editor since the 80s, remembered him as a “generous and kind” colleague. Fellow journalists and celebrities also paid tribute to the showbiz veteran.

(Thank you for our friendship that was full of respect for each other. It’s saddening that I’ve lost another friend of mine. It’s hard to find a true friend in this industry).

Singer Mark Bautista said that the entertainment industry will never be the same without Lo. “So shocked to hear the sudden passing of tito Ricky Lo. (This was our first and last photo together when he visited me in London). Isang malaking pasasalamat tito Ricky sa suporta at tulong na ibinahagi mo sa aking buong karera,” he wrote. (Thank you tito Ricky for all the support and help you gave me throughout my career.)

Lolit Solis, who co-hosted Startalk with Ricky Lo, wished that his death was merely “fake news.” In a series of Instagram posts, the showbiz columnist reminisced how good of a friend Lo was. “A part of me died today, a part of my heart is broken. One of my best friend, guardian, angel left without saying goodbye,” Lolis wrote.

Actor Richard Yap was also in disbelief, recalling that he was just interviewed by Lo two weeks ago. “He will be sorely missed. Another good soul gone too soon,” he said.

Both Alfred Vargas and Jayda Avanzo thanked Lo for supporting their showbiz careers.

ABS-CBN news anchor Karen Davila wrote, “Truly the passing of an era in showbiz reporting. Kind & soft spoken but would always get the scoop! He was always first. You either feared or loved him – depending how you ended up on his powerful column. Tough act to follow.”

Lo, who started out as an editorial assistant of the Manila Times magazine Variety in 1969, is known for his columns “Funfare” and “Conversations with Ricky Lo” in The Philippine Star. He also co-hosted entertainment TV shows The Buzz on ABS-CBN and Startalk on GMA-7,  and had his own talk show Showbiz Stripped and The Ricky Lo Exclusives on QTV 11. – Rappler.com