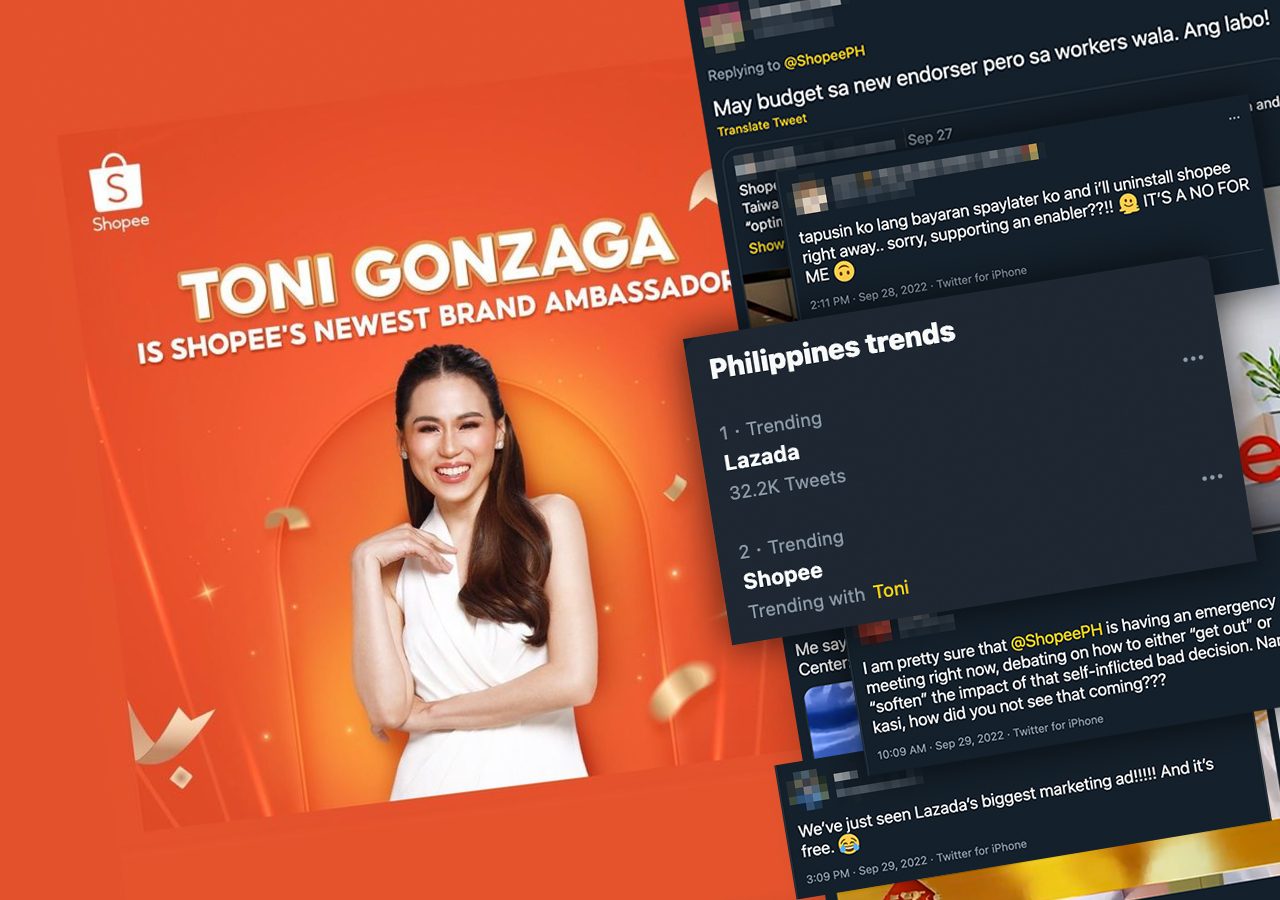 Prior to the reveal, many already recognized Gonzaga as the brand’s next endorser following a teaser posted on Wednesday, September 28. This was later confirmed at a media event on Thursday, September 29.

Gonzaga became a controversial figure after she threw her support behind the winning tandem of the 2022 national elections, President Ferdinand Marcos Jr. and Vice President Sara Duterte.

Prior to the 2022 polls, the TV host also held a controversial interview with Marcos, which was criticized as a “whitewashing” of the atrocities made during Martial Law.

Shopee and its rival platform, Lazada, topped Twitter Philippine trends after the announcement of Gonzaga’s endorsement.

Gonzaga and Shopee remain unfazed by the backlash during the media event, with the TV host thanking netizens for the “mentions and engagements” from her endorsement.

Some said that Shopee’s announcement was “Lazada’s biggest marketing [advertisement],” as users moved to uninstall Shopee’s mobile application following the news and switch to its rival platform.

“I am pretty sure that Shopee is having an emergency meeting right now, debating on how to either ‘get out’ or ‘soften’ the impact of that self-inflicted bad decision,” said election lawyer Emil Marañon.

Some K-pop merchandise online shops, which use Shopee to help users check out their orders for shipping, also decided to remove the platform as a mode of delivery.

Some even pointed out that the endorsement was done at a bad time after the platform confirmed that it will downsize the number of employees in the Philippines.

Others poked fun at the news through memes.

Following the backlash, users noticed that the shopping platform had begun rolling out a survey on celebrity endorsers.