A Marcos crowd descended upon the Instagram post of actress Angel Locsin on Tuesday, September 21, the anniversary of the 1972 declaration of Martial Law in the Philippines.

Locsin posted a quote saying, “Those who do not learn from history are doomed to repeat it.”

The actress ended her post with the hashtags “#NeverAgain #NeverForget #MarcosIsNotAhero.”

Rappler research earlier found that an extensive network of Marcos and Duterte fan pages and groups attacked mainstream media, and produced and even amplified propaganda and disinformation to burnish the image of the Marcoses. (READ: Networked propaganda: How the Marcoses are using social media to reclaim Malacañang)

Gonzalez said “#Tumindig,” referring to the social media movement started by artist Tarantadong Kalbo, protesting the current strongman rule of Duterte and the ongoing Marcos campaign to return to Malacañang.

A substantial amount hated their show of support.

(Stand tall with the yellows. My lord, Bianca, talk to your grandmother and grandfather so you will know. Not those paid by the yellows, okay?)

(You deserve to be thrown in the toilet. You are a plague to society.)

These comments reflect some of the aggressiveness of some Marcos/Duterte social media influencers. Gonzalez’s post has nearly garnered 500 replies at the time of publication while Villegas has 14, as of writing.

The Marcos crowd also echoed familiar statements from the Marcos camp about people not living through the Marcos years and hence, not really knowing what happened; people getting what is supposedly the most accurate version of the truth from their lolos and lolas (grandparents) who didn’t suffer during the Marcos years; and comments about the structures and buildings that the Martial Law administration built but failed to mention the massive government corruption during that time.

Locsin’s post currently has around 116,000 likes, and 12,000 comments, a majority appearing to come from the Marcos camp.

Locsin is also the aunt of human rights lawyer and activist Neri Colmenares.

Prior to the anniversary of the declaration of Martial Law, Gonzalez-Intal answered those demands, saying that her stand had “always been #NeverForget, #NeverAgain.”

She posted again on the day of the anniversary, a 2016 video made by the group The Campaign Against the Return of the Marcoses and Martial Law (CARMMA), a coalition of Martial Law victims: 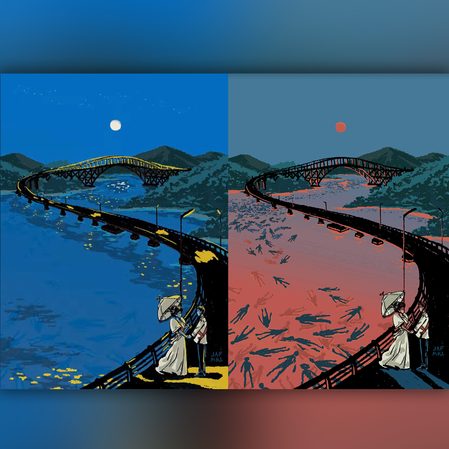