A gunshot is heard.

Mercy (Nora Aunor) rushes out of the room where masked assailants locked her in. She sees the lifeless body of Tonying (Ricky Davao), her husband, sprawled on their home’s wet driveway. She runs toward her husband, oblivious of the violent rain and the violent men who just invaded their house.

It has the makings of a poignant and emotionally vigorous scene.

Directors Real Florido and Arturo San Agustin have staged it to fully utilize the powers of Aunor. She seamlessly embodies fear and helplessness at the hands of events that are beyond her control. Cinematographer Topel Lee drapes the house in subtle light and shadows. Everything is ominous. (READ: MMFF 2016: No CEB grade for ‘Kabisera,’ director speaks up) Composer Vince de Jesus injects his overly dramatic melody, forcibly manipulating to direct the audience’s emotions toward convenient pity instead of confusion and anger. The scene devolves, losing its initial impact all because of an abjectly wrong decision to switch tone from enigmatic resonance to melodrama. (READ: MMFF 2016: ‘Kabisera,’ a layered and complex family drama) Unfortunately, the film is just severely underwritten and unimaginatively directed.

Kabisera spends a lot of time in the beginning to give its central family a certain personality, a sense of normalcy despite the fact that the patriarch is a barangay captain, a person of ample influence in the community. Florido and San Agustin establish the flaws quite early. Mercy is a doting but subservient matriarch. Tonying is good-natured and practical but a little bit careless. One son is happy-go-lucky, another is indecisive when it comes to his career, and another is bound to be a father. 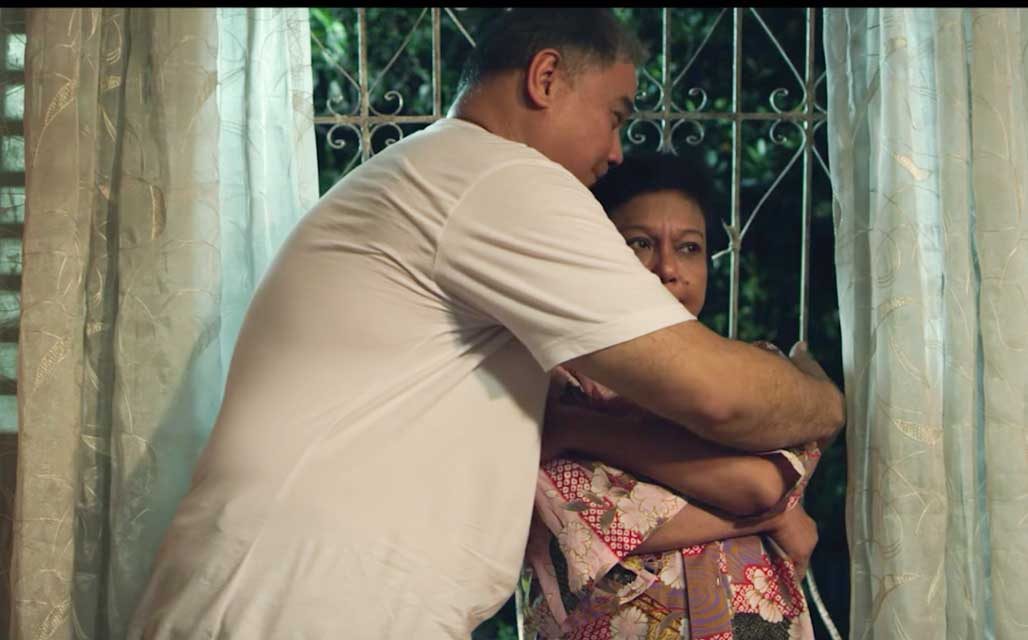 Of course, the sheen of ordinariness will be broken with the hopes that the conflict would force the family to action, to at least a modicum of anger that forces some sort of action. Sadly, the film is content with passiveness, seemingly saying that the best practice when confronted with systemic injustice is to wait, to adapt, to rely on the flawed institutions that begot the inequity. Aunor is ultimately wasted. She plays an immobile character who only dealt with tragedies just for the sake of showcasing the great actress’ ability to weep and quiver. The character doesn’t have any other facets, reducing the participation of the actress in the film into a bland spectacle.

It’s undeniable that Kabisera is relevant.

Its effort in dramatizing the pains of a normal family that has been victimized by the government that allows murder and prevents quick and efficient justice is laudable. This just makes its laziness in storytelling exponentially frustrating. – Rappler.com