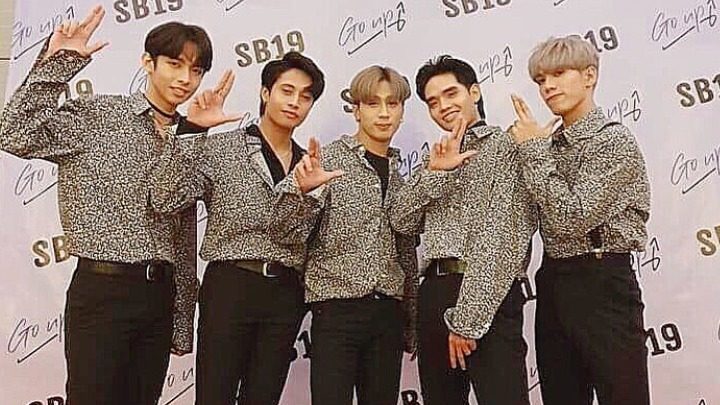 SB19 is comprised of members Sejun, Stell, Josh, Ken, and Justin, who were trained under the local branch of Korean entertainment agency, ShowBT. The group debuted in 2018 with their first ballad single, “Tilaluha.”

SB19 recently stirred buzz online when a Twitter account shared a video of the boys’ dance practice on Monday, September 2, lauding the group’s clean choreography and lyrics, which were written by the boys themselves.

So there is this Filipino Boy Group called SB19. They are under a Philippine branch of a Korean Company called ShowBT.

The producers are korean but the lyrics are in tagalog (written by the members) but i didn't feel any cringe at all! Their dance is also great  pic.twitter.com/6bDtGxBnQ3

As for being misconceived as K-pop copycats, SB19 clears the air.

“Hindi po naming ginagaya ang K-pop. Maybe makikita sa pananamit namin o sa itsura namin na medyo may influence ng K-pop,” Sejun said in a GMA iWitness interview. (We’re not copying K-pop. You might see it in our clothes or in our looks that they are influenced by K-pop.)

“Pero yung company namin mismo trinain at inenhance yung skills namin para ma-promote namin yung sarili naming musika, sariling musika ng Pilipino.” (But it was that company that trained us and enhanced our skills so that we could promote our own music – Filipino music.) – Rappler.com