James Reid’s Careless is anything but 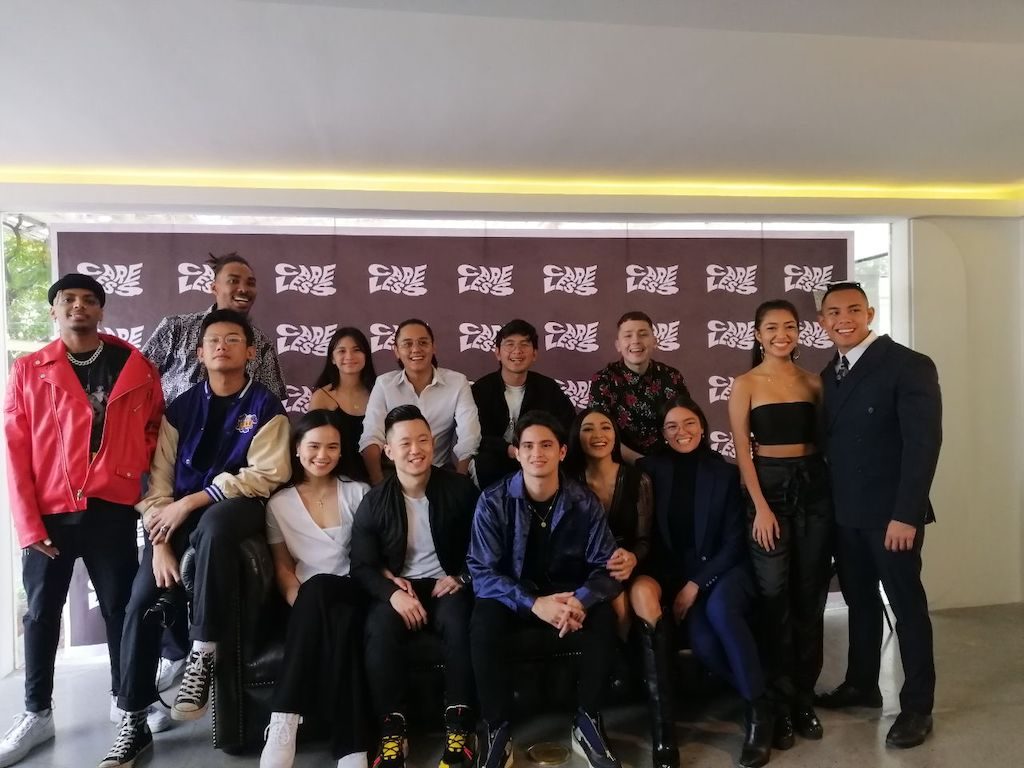 Facebook Twitter Copy URL
Copied
The label has recently gone independent, but the young team behind it seems more motivated than ever to make waves in the music industry

MANILA, Philippines – At 10 am on a Tuesday morning, pretty much all of the establishments at The Pop-Up in Katipunan are still closed – but the Filthy Rich Barbershop at the very end of it is already buzzing.

Inside, people are waiting for an event to begin. There’s a TV camera pointed at an empty table at the front of the room, and several people – some with smaller cameras, some with eyes glued to their phones – are seated in chairs at the back of the room.

In front of them, there’s a group of young people all dressed like models out of an Off White lookbook, talking to each other and moving restlessly from seat to seat. One of them asks everyone in the room to wait just a little bit more, and that the event will be starting soon – a touch of courtesy rarely seen in showbiz press conferences that often begin hours late.

Perhaps the most recognizable face in the room is James Reid, the showbiz star who made headlines this year when he said he was leaving his longtime agency, Viva. He is later joined by his girlfriend Nadine Lustre, and their corgi Cal, who roams freely around the room until the moment the event begins.

James, Nadine, and the group of young people make up Careless, the indie label started by James and his fellow Pinoy Big Brother alum Bret Jackson in 2017.

In 2019, the label officially went independent, mirroring James’ own showbiz journey. Careless – then known as Careless Music Manila – was also partnered Viva when it was founded, but the agency handed it over to James when he left, leaving him and his friends to take the reins.

At the press event on Tuesday, December 10, James, who is Careless’ chairman, and Narez La Fuego, the CEO, introduce the label, but there are no long, meandering speeches here. After literally a few words, they get right down to business, calling out their roster of artists to sign their contracts.

This signing goes at a swift, steady pace. After the first artist signs his contract they develop a flow: signatures first, and then photos – one with James, one with the rest of the Careless team, and one solo.

Within maybe half an hour, they’ve signed 5 artists: trap artist Astro Kidd, rapper Massiah, R&B artist Bret – whose stage name is KINGwAw, singer and rapper Curtismith, and Nadine – who later said she’s planning on levelling up the music side of her showbiz career in 2020.

James says that after going independent 3 months ago, he and his team have been handling the label on their own – and it seems that they’re handling it pretty well.

Careless isn’t a big label. James is chairman, Narez is CEO, Bret is head of Artists & Repertoire. Aside from them, there’s James’ sister Lauren as COO, and a handful of others who keep the wheels turning behind the scenes. Collectively, they’re all young – which is often not a good thing in an industry where years of wisdom and experience hold weight.

But it seems that the Careless team knows instinctively what not to waste their time on. There’s a DIY-feel to the way they operate, but that’s not to say they’re shoddy. In fact, quite the opposite. They’ve let go of unnecessary formalities, but held on to what’s important: the music – which is why James started a label in the first place.

“I wanted creative control over my music, that was it,” he tells Rappler. “I felt like there was this gap in the music industry that I can help make a difference, that I can fill in, and I guess give more options to artists and create a platform that’s more artist-centric instead of so much on the business.”

Of course, being artist-centric doesn’t necessarily mean they make music in a slapdash, manner that honors artistic expression above all else. This indie, DIY label may be called Careless, but according to their artists, they actually take great care in making sure the music they put out is the best it can be. In other words, they produce the shit out of their songs.

Massiah, a Filipino-Ghanian artist from Dumaguete, shares that since working with the label, he’s learned more about the technical side of music – something he never paid much attention to before.

“Bret and all the producers that we work with, they really pay so much attention to detail,” he says. “They introduced me to real music-making, and it’s been such a great learning experience becasue now you see what it takes, the blood, sweat, and tears that it takes to make people get that sensation of listening to your music.”

He says that he’s learned to be more hardworking “because people are working around the clock to make sure your music gets somewhere, to make sure it sounds the best it can ever sound.”

“It inspires me and makes me feel like I wanna do something.”

It’ll be a big year for the label in 2020, with James saying that all of the artists are coming out with solo projects, and Curtismith in particular coming out with two.

“We wanna focus more on the solo acts, because until now it’s kinda been seen as a collective, but Careless really is a label, and each artist is their own brand,” he says. “There’ll be albums, EPs, singles, you name it. We have big plans for 2020.”

A small music label with big plans sounds ambitious by any measure. But with a promising roster of talents, meticulous producers, some showbiz star power, and their restless, youthful energy, Careless seems more than capable of getting more and more people to listen. – Rappler.com