2020’s best music: Albums that made the worst year ever a little better 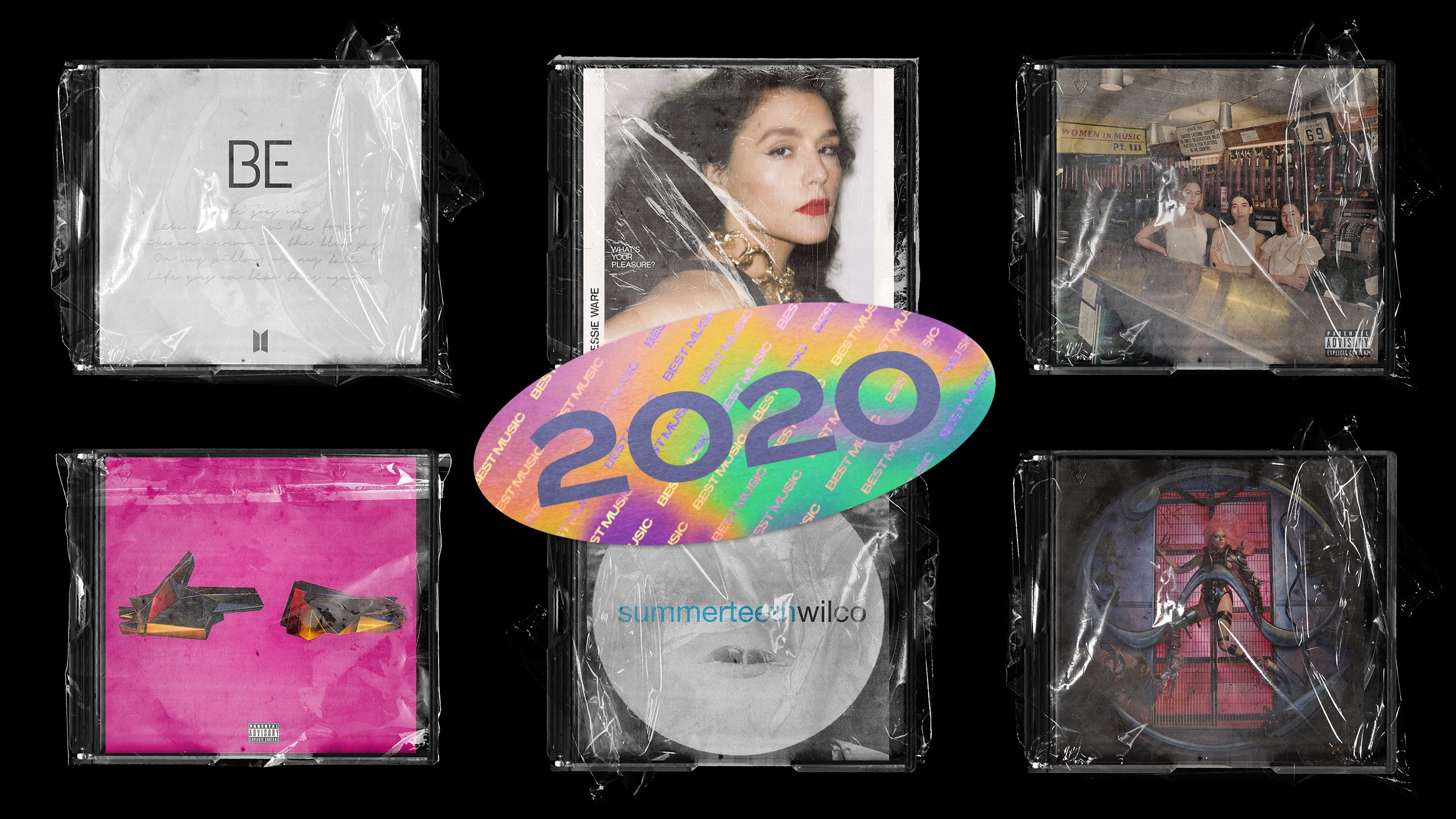 QUARANTINE JAMS. We ask our friends from the local music community about the one album that made their 2020 a little more bearable.

These are tough, unprecedented times, and while we can no longer stick to all our old habits, some things thankfully remain constant.

The year 2020 started with confusion and frustration, and later avalanched into fatigue and anger. Yet the time just whizzed by, even as we spent months isolating at home. In the middle of the mayhem, it has been difficult to stay sane; much more to keep safe.

As the world slowed to a standstill, many trades were caught in existential crises – music included, of course. Nightclubs – especially those havens of the underground and independent scene – were forced to shutter down, some even permanently. Live concerts and festivals started to seem like relics of an old world, then a good number started to pivot more to livestreaming, online radio, and the like.

If there’s any consolation, some have managed to roll out and promote a new album even in quarantine. Even as they shelter in place, the creative juices can be free flowing, and these acts broke through with gems of new material. Some even released records after putting them several years on the backburner.

Before we started to see the faint glimmer at the end of the tunnel, music has been a source of solace through these trying times, and there was plenty of reason to look forward to new releases from our faves.

We asked a few members of the local community to name a 2020 album that made this difficult year a little more bearable.

The Cheats lead singer picks both a remastered indie classic and the brilliant new record from rock trio HAIM.

Saab has been listening to a longtime favorite band with her two sons over the course of the year: Wilco. Summerteeth, a seminal record first released in 1999, was reissued this year with exciting never-before-heard outtakes, demos, and more.

She shares that Pancho and Vito enjoy the indie rock masterpiece in between children’s music staples. “My two kids just love Wilco and it’s our most listened to artist in between Cocomelon, Super Simple Songs, etc,” she says.

An avid vinyl collector and selector, Sandwich guitarist Diego Castillo said he took “the deep dive into discovering and re-discovering older stuff on vinyl has kinda rendered looking at new releases as a moot point.”

“My #1 pick would be Run the Jewels’s RTJ 4. Not only did it have a lot of bangers on it, the type the enabled me to get off some steam with all the craziness around us, but it also had poignant and spot-on social commentary on everything that was happening (wrong) in the world.”

“Another would be both releases from SAULT. I honestly had never heard of them and only chanced upon them via Spotify. Also, I don’t think much is known about them who’ve shunned press coverage and declined to volunteer their names, which I think adds, at least to me personally, to the band’s appeal.”

“They sound like they raided the best stuff from my record collection, disco, funk, afrobeat, bossa, house to post punk. I know that sounds like much, but I assure you it isn’t. So yeah, how can I resist albums like those.”

“To tell you the truth, music was very painful to listen to this year because of everything it means in my life. RTJ4 was the only thing that I could bear for the first half of 2020.”

The Avalanches – We Will Always Love You

“I’m a big fan of The Avalanches and when the title track was released around first quarter, I still am singing it in my mind upon writing this answer.”

“I also love the sample used which is The Roches’ ‘Hammond Song.’ The follow up single to the Australian album, ‘Interstellar Love’ featuring Leon Bridges will surely soothe anxieties.”

“Jessie Ware’s What’s Your Pleasure? defintely helped me a lot this year. She was even my Spotify Wrapped 2020 top artist so there’s really no denying that she made my year worth having something to hang on to.”

“What’s Your Pleasure made me dance in times where I just really needed to and the album made sure that being alive in itself was worth celebrating.”

“I’m pretty sure galen tipton’s ungoliant kept me sane this year. Honestly, I don’t know where I’d be without this album. It didn’t really remind me of the life we’ve departed from but it kind of made sense with what I was feeling during this year, not to mention how it allows me a vessel to latch my feelings on to and relate with. I really felt like this album spoke the language of my soul, if that makes any sense.”

“Ten Billion Angels by Zora Jones without a shadow of a doubt should get a special mention, not to mention Burial’s Chemz”.

“Like most new BTS fans this year, my gateway song was ‘Dynamite.’ It started with the music video and then there was no turning back.”

“Part of the fun in this BTS journey is going through it my sister, cousins, and friends. I don’t think we’ve had a shared interest this intense since… NSYNC. BE kept us company at home while working, making weekend dinners, hanging out at the veranda, playing with our grumpy dog.”

“I particularly love how they’ve managed to capture how we’ve been feeling throughout this seemingly never-ending quarantine season, especially with ‘Fly To My Room,’ ‘Dis-ease,’ and ‘Blue & Grey.’  Their music allowed me not just to connect back to myself, but also to others, creating a support system (a.k.a. multiple group chats) to have watch and dance parties with while we’re all stuck at home.”

“Aside from being a huge fan of Lady Gaga, Chromatica inspired me in so many ways. I can definitely say that Chromatica is my 2020 soundtrack because of what the album was all about.”

“It was on point with what I was going through (besides the fact that 2020 was a crazy year) – dealing with negative thoughts and the voices in my head – to free myself from things that held me down.”