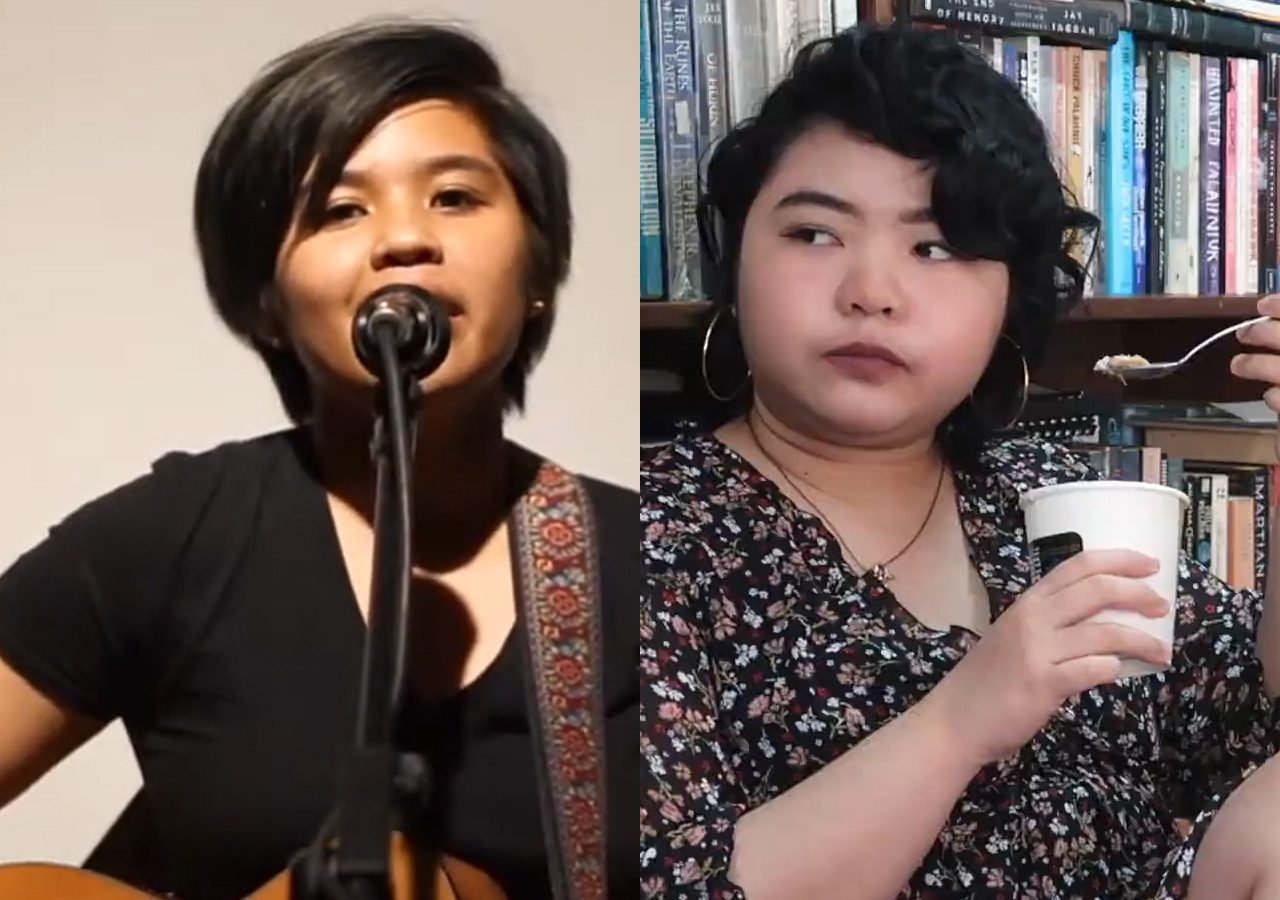 There’s a certain softness listening to Pixie Labrador sing about romance — her love songs overflow with poetic metaphors (You are kindness when the world is cruel / You are patience when there’s no time to lose) and her songs about heartbreak pull at your heartstrings, until they break just the same (I held you for three years / You betrayed me for life).

“Songs flow and form with me as I go through life, and a lot of life is just figuring things out along the way,” she shares over Zoom. For this reason, the singer-songwriter’s discography is filled with intimate retellings of her own experiences as a woman loving women or queer artist. 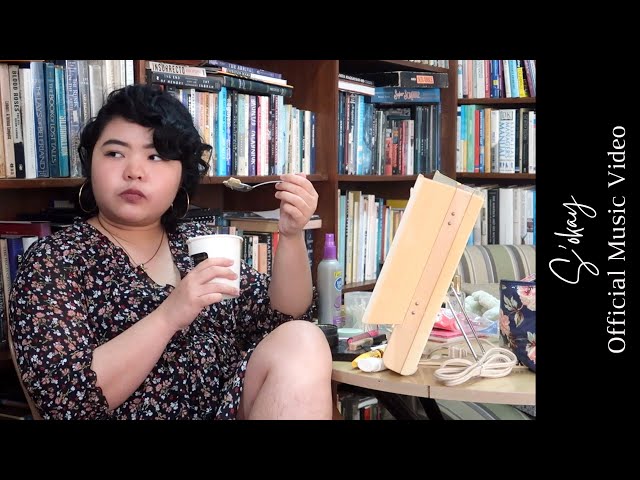 One of the terms to describe the lesbian or women-loving-women communities all around the world is “sapphic,” coined after the Archaic Greek poet Sappho, who is a symbol of love between women. The terms “sapphic” and “lesbian” are derived from her name and the island where she was born, Lesbos.

In the Philippines, this term is not as widely used compared to Western communities. However, there is still a community of sapphic artists and those who relate to their music within the Philippines. While many artists in the country tackle themes of love and heartbreak, what sets sapphic musicians apart is how they tie in their reality as queer artists in a country that unfortunately excludes them. However, with this exclusion comes unique experiences that only sapphic artists know how to share through music.

“People call sapphic as sapphic because there’s something about it unique to our culture, in loving women to women or lesbian relationships, that we need people to pay attention to that part of our art,” says Yassy Tolcidas, another sapphic singer-songwriter and poet who goes by the name Yassy T.

Yassy’s breakout song, “Good Morning, Love” has over 3 million streams on Spotify. It’s a sweet, simple song about love, where they sing, “Through all the sunshines of our lives / You’ll never miss a morning cup of love from me.”

Like Pixie Labrador, their music also details love and heartbreak through a sapphic lens. In our conversation, they reference Pixie’s “Varsity Crush,” a song about falling in love with a varsity volleyball player — an experience that many young queer women experience, especially in high school. The reception to “Varsity Crush” from the sapphic community was palpable, and many lauded her for putting into song the yearning that queer women felt and continue to feel. 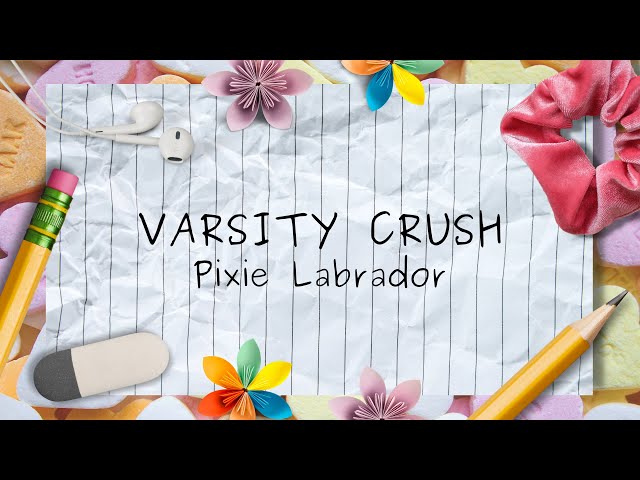 “For every sapphic love song, there is an attempt to document a narrative about our culture,” Yassy continues. “This song in particular is not just a love song, it’s a love song born out of sapphic love. A person, a queer person struggled for a very long time to get the liberty to love someone like this.”

The discrimination that queer Filipinos face is the reason why both Pixie and Yassy are firm in asserting that their music be recognized as sapphic in nature.

“While I was still building my brand as a queer musician, new listeners would go into my music with a heteronormative mentality and automatically assume that I write from a man’s perspective, just because of the pronouns I use when referring to a muse in a song. It’s also come to my attention that sometimes, people see my songs from a platonic or a familial perspective, when that’s such a stretch,” Pixie explains. “It’s like people will justify my music with anything but what it actually is. And while I do believe that art and my art is open to interpretation, I don’t personally feel that that aspect should be one of those things [removed from interpretations]. I draw the line there because writing about women is such a hard truth about my writing, and it’s what makes it uniquely mine.” Yassy shared their own experiences of being discriminated with their music. While they were promoting their song online, they came across a comment on their post asking, “Asa na imong [Honda] Mio?” (Where’s your [Honda] Mio?) as a reference to the stereotype attached with short-haired, masculine-presenting queer people.

“Like, wow people can be so mean. That hurt a lot. I [was reminded that] maybe there are people out there who will never fully understand the context of me as an artist or my music. They can like my songs but they won’t necessarily say that they like me. And I recognize the same challenge with people like Jake Zyrus, who I look like, or Ice Seguerra. These stereotypes are a very big blocker for me to be recognized. Sometimes I feel like, subconsciously, more effeminate people have the upper hand in the scene than people like me.” 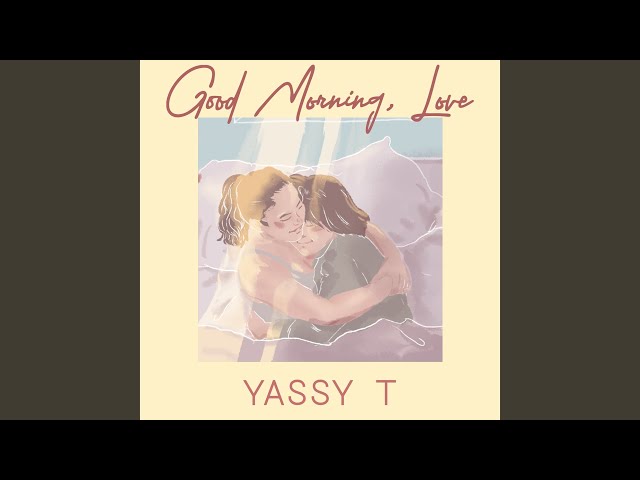 The complexities of the discrimination surrounding sapphic artists’ gender expression, identity, and their relationships only make it more important that their narratives be platformed through music. Yassy continues, “Sapphic culture is a culture for a reason because there’s a particular theme and tone and vibe that we inherently capture, born out of how we love, who we love, women to women, and how we celebrate and extend affection.”

For sapphic musicians, music isn’t just an expression of their reality, but it’s also a protest.

“I wish more people would appreciate the fact that as queer individuals, it’s not as easy as everyone thinks it is to write about sapphic or queer feelings. Because every time we do something with our art that’s for the community, there’s always a risk of harassment, getting hate, having homophobes come at you for not just your art but sometimes even to you as an actual human being,” Pixie says. “I hope people understand the amount of emotional labor that comes with it, because it feels like we’re working doubly hard to, number one, put our work out there but also to fight for an advocacy that we care so much about at the same time. I guess the second half of why it’s difficult to write about these things is that when your community is suppressed and not accepted in the ‘norm,’ it’s hard to look inward when you’ve been so focused on what society thinks of you.”

Yassy affirms this, saying, “We have narratives that we share; people just don’t know about it cause it’s hard to talk about, because people don’t make it safe for us to talk about it. I just want people to know that our art is born from a struggle. It’s like a mission, it’s still a fight.” – Rappler.com