WATCH: Catriona Gray releases new version of ‘We’re In This Together’ Miss Universe 2018 Catriona Gray released on Saturday, July 18, the new music video of the song “We’re In This Together,” with real-life boyfriend Sam Milby as her guitarist.

In the video, Catriona is seen singing as Sam plays the guitar. In between, the two would look at each other and smile.

The music video is also the first time Catriona and Sam are seen together after the actor confirmed they were dating in May.

The new version of the song was relaunched early this month with proceeds from the streaming and digital downloads going to Young Focus Philippines’ “Quality Education for All.” Young Focus is the organization Catriona has been supporting before joining pageants. 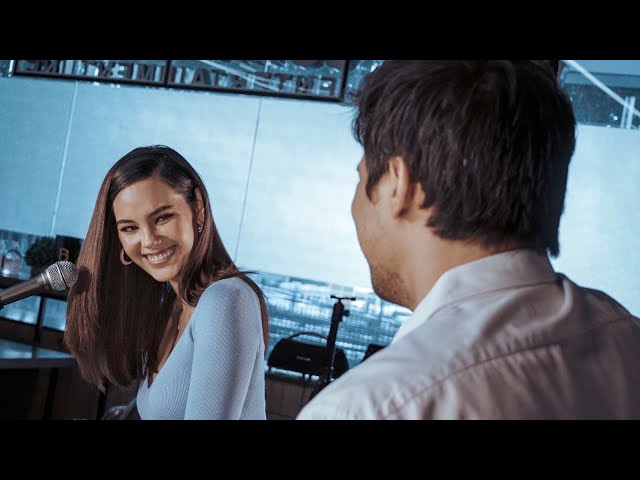 In 2018, Catriona released the song before she competed in the Miss Universe pageant. – Rappler.com