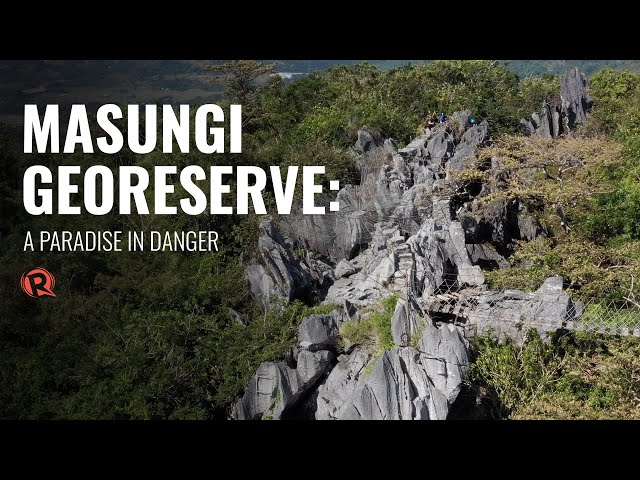 Facebook Twitter Copy URL
Copied
Despite their efforts to protect Masungi Georeserve, its founder and staff continue to face threats from illegal encroachers to this day. It's a challenge that Masungi's forest rangers have long accepted.

RIZAL, Philippines – The Masungi Georeserve in Rizal province is a gem of rock formations and forest, just more than an hour’s drive from Metro Manila.

Since its construction in 2000, Masungi Georeserve has become a haven for endemic and endangered species of flora and fauna.

While the founder and staff of Masungi have preserved the area for years, the threat of illegal encroachers remains a challenge to this day. It’s a challenge that its forest rangers have long accepted.

In this documentary, Rappler tells the story of Masungi founder Ben Dumaliang, his daughter Billie, and Kukhan Maas, a park ranger who almost lost his life guarding the conservation area. – Rappler.com