But the road to the crown for Wyn has been a long and bumpy one. Just like her fellow beauty queen Miss Universe 2015 Pia Wurtzbach, she did not give up despite the criticism thrown at her.

Let’s take a look at her journey, in photos.

Wyn first tried her luck as one of the candidates of Bb Pilipinas 2015. She was among the favorites to win a crown that year, but finished only as part of the Top 15. Pia Wurtzbach took home the Miss Universe Philippines title and eventually, the Miss Universe crown. (READ: Winwyn Marquez on Bb Pilipinas loss: I’m happy even with no crown) 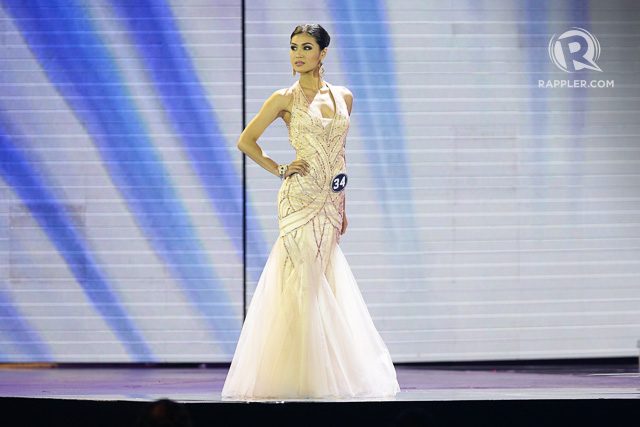 Prior to winning Reina Hispanoamericana Filipinas, Wyn told reporters during the media presentation in August that she consulted her aunt, Miss International 1979 Melanie Marquez, about joining a pageant again. Melanie advised her to go for it if she really wanted to.

“I was actually scared to join. I was scared of losing, scared of all things that would happen,” Wyn said.

(But he said, “If you’re not going to join and you’re going to regret it in the long run, you’ll be sad about it.” He told me I wouldn’t lose anything if I won or lost. If I do it, at least I have no regrets.) But even before Wyn could compete in Reina Hispanoamericana, a pageant dominated by Latinas, many felt she would not win because she does not speak Spanish. Some fans also criticized Miss World Philippines for sending Wyn to a “minor” pageant, saying she has what it takes to join other competitions. But Wyn just shrugged them off. (READ: Winwyn Marquez seeks PH’s first Reina Hispanoamericana crown)

“I don’t think that they (the bashers) will keep quiet because they have their own opinions and I respect that. But I also just had to speak up for myself because I don’t want them to [have unrealistic expectations]. So I just said straight that I won’t speak Spanish, I won’t answer in Spanish, but I’m willing to learn it and to say a few words and learn the greetings,” she said.

As the first representative of the Philippines to Reina Hispanoamericana, Wyn caught the attention of both pageant fans and critics.

During an appearance for a Bolivian television program, Wyn got the chance to show her dancing skills. She showcased a traditional Filipino number, and later changed into another costume for a Latin dance performance. (WATCH: Winwyn Marquez shows off dancing skills on Bolivian TV show)

There she is! Reina Hispanoamericana Filipinas 2017, Teresita Ssen “Wynwin” Marquez (@wynmarquez) on the pages of a newspaper in Santa Cruz, Bolivia. She is indeed REINA DE ASIA. Follow @pgloriaoficial for Wyn’s journey to the crown . Special thanks to @niccolocosme / Kevin Cosme for the amazing shot, and we will share more photos soon! Beauty by @pongniu, Hair by @renzpangilinan and Gown by @francislibiran. #ReinaTeresita #ReinaHispanoamericana #RHA

She also earned a number of awards, including becoming a finalist for Best in National Costume and first runner-up for Miss Personality.

Our Reina is really winning the hearts of the Latin community! She was awarded as 1st Runner Up for Miss Personality! ##reinahispanoamericana #teamAcesandQueens

She also bonded with the other candidates, who she said made her feel welcome and helped her with the language barrier during events.


IPANEMA shoot done! now, off to the next one 🙂 check my IG STORIES for BTS photos! @veromodaph@rhispanaoficial @pgloriaoficial

On coronation night in Bolivia, Wyn proved to the world why she was meant to become the first Reina Hispanoamericana from Asia. In the competition, she was asked: “How would you promote Hispanic-American culture with the great difficulty or barrier of language?”

Wyn said language can be learned but service must come naturally.

“Language can be learned, but the will and determination to contribute something to the organization cannot.

“It has to come from the heart and it has to be natural. I believe that kindness is a universal language – that if you treat people with tolerance, patience, and love, you will understand each other.

“The Hispanic culture is not about language only. It’s about love for God, love for country, love for history and culture, and love for family. And Winwyn was indeed a winner that night, when Maria Camila Soleibe of Colombia crowned her as Reina Hispanoamericana 2017. 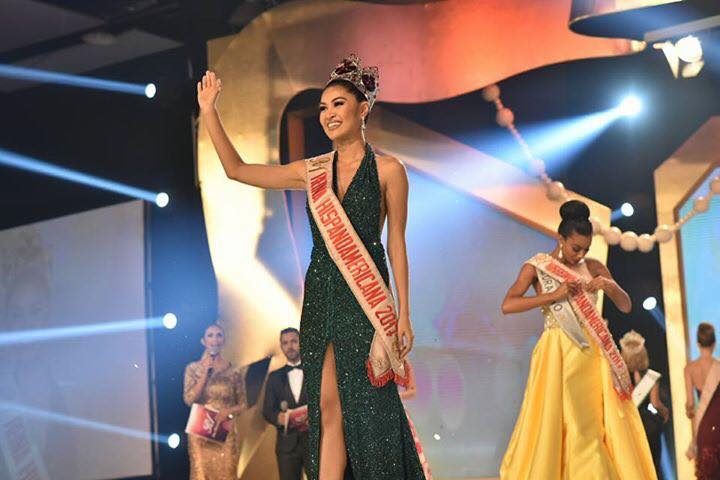 A day after her win, Wyn posted on Instagram: “Hindi ako makapaniwala. Totoo ‘to diba? Maraming, maraming salamat.” (I can’t believe it. Is this real? Thank you so much.)

It was a long and difficult journey, but one that was worth it for Wyn. – Rappler.com