Bank’s Facebook page shows a photo of her wearing a black-and-white graphic print dress by Laurel. 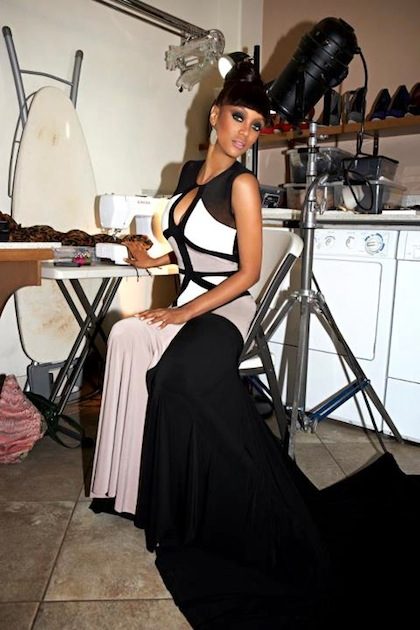 In his blog on StyleBible, Laurel said the dress is a part of his “Insects” series and was first unveiled during his 15th anniversary fashion show called “RAJORED!” in September 2008.

It was also worn by actress Bea Alonzo in Preview Magazine the same year.

Last month, Banks was given a “best-dressed” nod at the 4th Annual Blossom Ball for a gown created by another Filipino designer, Francis Libiran.