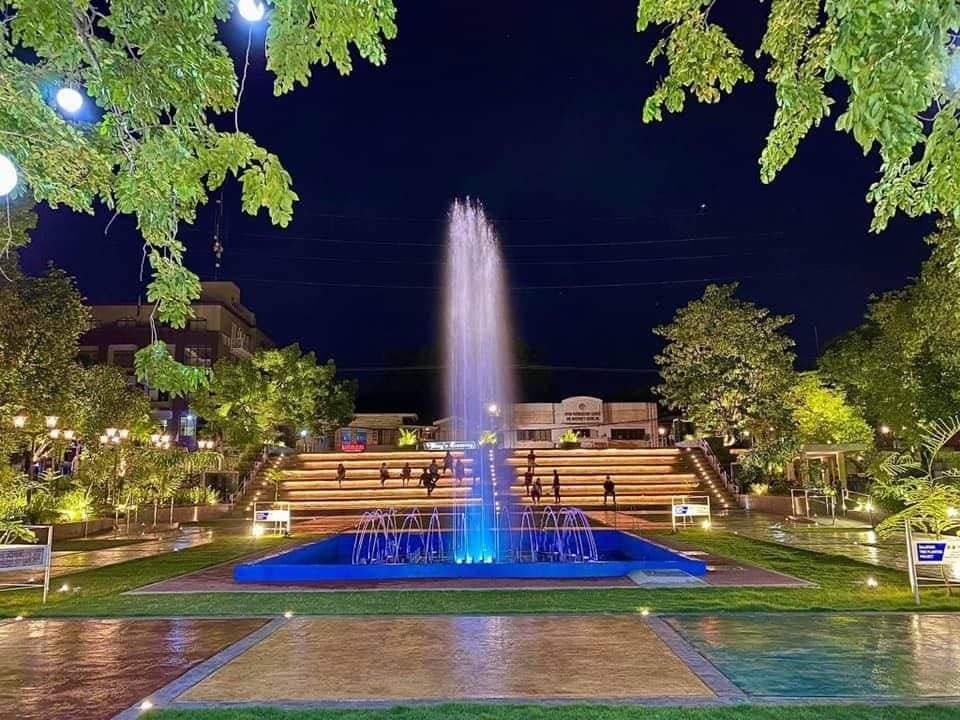 Plaza Rizal is now accessible for all Cebuano families who want to relax and enjoy fun afternoons.

Plaza Rizal, which stands beside the Nuestra Señora Virgen Dela Regla Church, was turned into a modern recreational hub, which now includes a musical fountain featuring classical and modern music.

(For many years it lay in poor state and neglect, however, through our hard work, it is now very beautiful and fun.)

Formerly known as Opon Plaza, Plaza Rizal had gone through major changes over the course of 10 decades. In 1908, the plaza was acquired by the Catholic Church and was beautified 20 years after by the late Opon town president Rito de la Serna in 1928.

In a post from the city’s public information office, the city’s Tourism, Cultural and Historical Affairs Commission (TCHAC) chairperson Cindi King-Chan said that this new plaza is the epitome of a world-class facility, an educational and cultural portal for everyone.

She added that she met with Msgr. Agustin Ancajas, a London-trained theater director and prolific playwright, to discuss plans for holding cultural events and theatrical plays.

“Little by little we will be transforming our city, as we already started cultural mapping, for every barangay has its unique attraction, which we’ll all incorporate for our tourism revival not only here in the mainland but also Olango and neighboring islets,” she said.

King-Chan mentioned that before the start of the pandemic, the city government had already received funds from the national government for the beautification of the plaza, which is also considered a historical site.