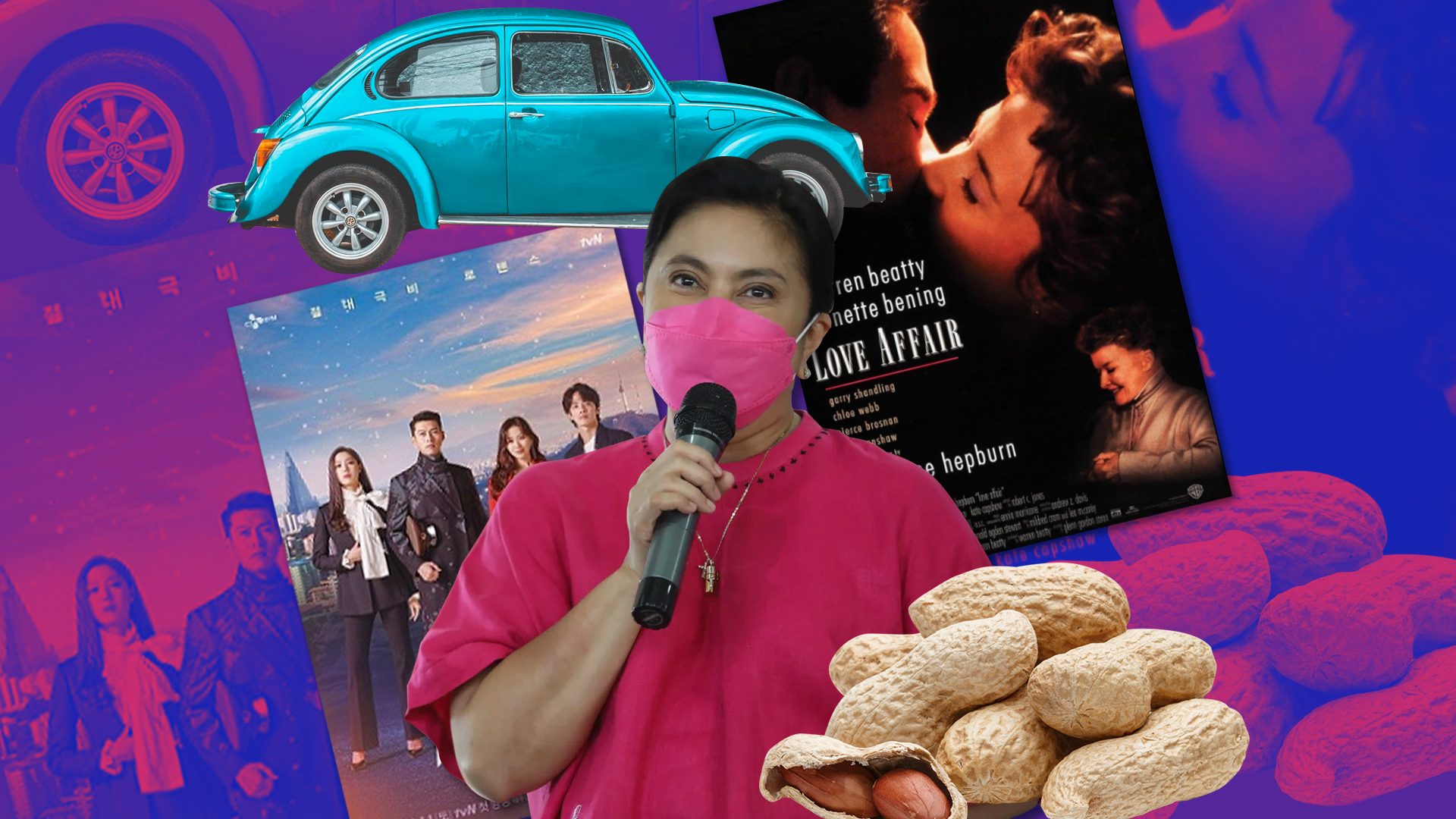 Facebook Twitter Copy URL
Copied
What movies and TV shows does VP Leni Robredo love? Does she have a skincare routine?

MANILA, Philippines – Vice President and 2022 presidential aspirant Leni Robredo has long projected herself as a no-nonsense public servant. In times of disaster, she visits provinces for relief operations with little fanfare. In interviews and debates, her responses almost always circle back to her team’s work, as if she were determined to deflect attention from herself.

But what is Robredo like outside of being a public figure? At this point, everyone has heard that she commutes by bus between Manila and her hometown of Naga, Camarines Sur – in keeping with her modest persona. But does this translate to other aspects of her private life? 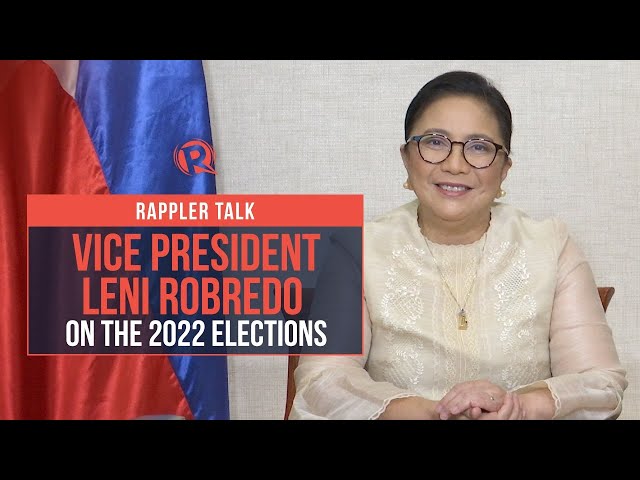 In a roundtable interview with lifestyle journalists on Thursday, January 13, the more personal tidbits Robredo shared about herself bared a woman who was on-brand even off-cam.

Robredo’s taste in movies and TV shows, for one, reflect an aversion to drama and conflict.

“Bago kami manood, tinatanong ko muna, ‘nakakaiyak ba ‘yan?’ (Before we watch anything, I ask first if it’s a tear-jerker),” she said.

“Gusto ko yung hindi masestress ako (I like the ones that won’t stress me out),” she insisted, citing light, ‘90s romances such as Love Affair starring Warren Beatty and Annette Bening, and the Sabrina remake starring Harrison Ford, as examples.

She is the same way about her K-dramas: “I don’t like heavy drama; I like light, fun ones,” she said, and rattled off favorites such as Doctors, Crash Landing on You, Descendants of the Sun, and Reply 1988.

Robredo watches these movies and series from the small condo unit she shares with her daughters in Quezon City. The smallness, she said, forces them to live sustainably.

“We can’t afford to keep buying things,” she explained. “We have to be very smart about what we bring inside the condo – only a few clothes, only a few things.”

It helps that Robredo’s campaign color, an unapologetically hopeful pink, has become a movement unto itself, with supporters gifting her all sorts of items in this shade.

“A lot of people keep giving me pink tops and blouses, so I don’t need to shop anymore,” Robredo shared.

Later on, she added that she had never been one to doll up in the first place, and felt no pressure to spruce up her appearance despite having cameras on her constantly.

“My late mother would always tell me, ‘Magsuklay ka naman (Can you at least comb your hair)!’” she recalled.

Robredo does admit to having a skincare routine, but as expected, it is nothing too intensive: cleansing, moisturizing, and sunblock – the latter of which her dermatologist niece has to wheedle her to do. She also has someone do her makeup for events as she does not know how to do it herself.

Despite her penchant for simplicity, however, there was nothing simple about caring for Aika, Tricia, and Jillian, her daughters with her late husband, former interior secretary Jesse Robredo – especially when the girls were little. It seems to be the one aspect of her private life whose complexity she welcomes.

“It’s quite intense, when you hear it from my daughters,” Robredo confessed about her parenting style. “I would get ribbed about it so many times. They would say that when they were younger, I was a tiger mom.”

“Sobrang tutok ako sa kanila (I was so focused on them),” she went on. “After 5 pm, they’d have many extracurricular activities – student council, piano lessons, violin lessons, swimming – and the car would be filled with piano pieces, violin pieces, swimming gear, their snacks. And while I’d chaperone them to these activities, I’d be busy outlining their school lessons, so that when we’d get home, they could study what I’d prepared for them after dinner.”

“When they were asleep, that’s when I’d prepare for my hearings for the following day,” she added.

She thinks the rigidity had paid off in the end; by the time the girls were in college, they had all grown self-sufficient.

“Binitawan ko sila pero ganun pa rin sila ka-disciplined (I let go of the reins but they were still just as disciplined),” she said proudly. “Wala akong anak na mahilig lumabas, gumimik (None of my children like to go out partying). We could go for months without help because they can all do household chores.” 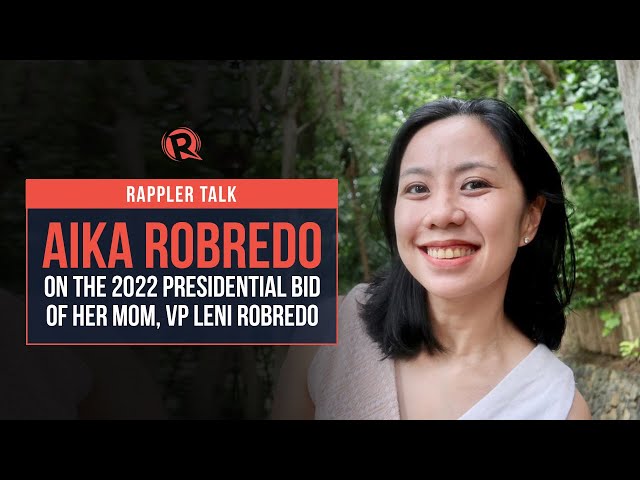 It comes as no surprise, then, that the three girls have grown to be accomplished women in their own right: Aika has a masters in public administration, Tricia has a degree in medicine and a masters in business administration, and Jillian is currently studying biomolecular science in New York under a full scholarship.

Shades of this parenting style – the premium on discipline and selflessness – can be seen in Robredo’s own childhood. Her father, in particular, was also a clear influence on her drive to help others.

Robredo’s father was a lawyer, and according to her, there would always be strangers at their house because he would bring along indigents he would meet on the way home. The family would feed and clothe them, and she and her brother would be told to give their toys away to their guests. This would happen more frequently when typhoon season approached, with many flocking to their house for shelter.

This is not, however, her fondest childhood memory. It is far simpler, but still ripe with meaning: Robredo’s mother was a teacher, and she and her father would pick her up from work in their Volkswagen Beetle every afternoon. They would park by a dancing fountain near the office half an hour early, and she and her father would watch the water show while snacking on freshly boiled peanuts. Her mother, they knew, would be heading to them by the time the show was over.

Robredo’s fondness for this simple ritual, grounded in its certainty, shows that she is nothing if not consistent. Inside or outside of politics, she always seems to gravitate towards clarity and restraint.

Will this brand of quiet self-assurance – amid the chaos and bluster of campaign season – pull her to the top of the polls? Is the nation lining up for a tear-jerker, or is it in the mood for an old-fashioned romance? – Rappler.com