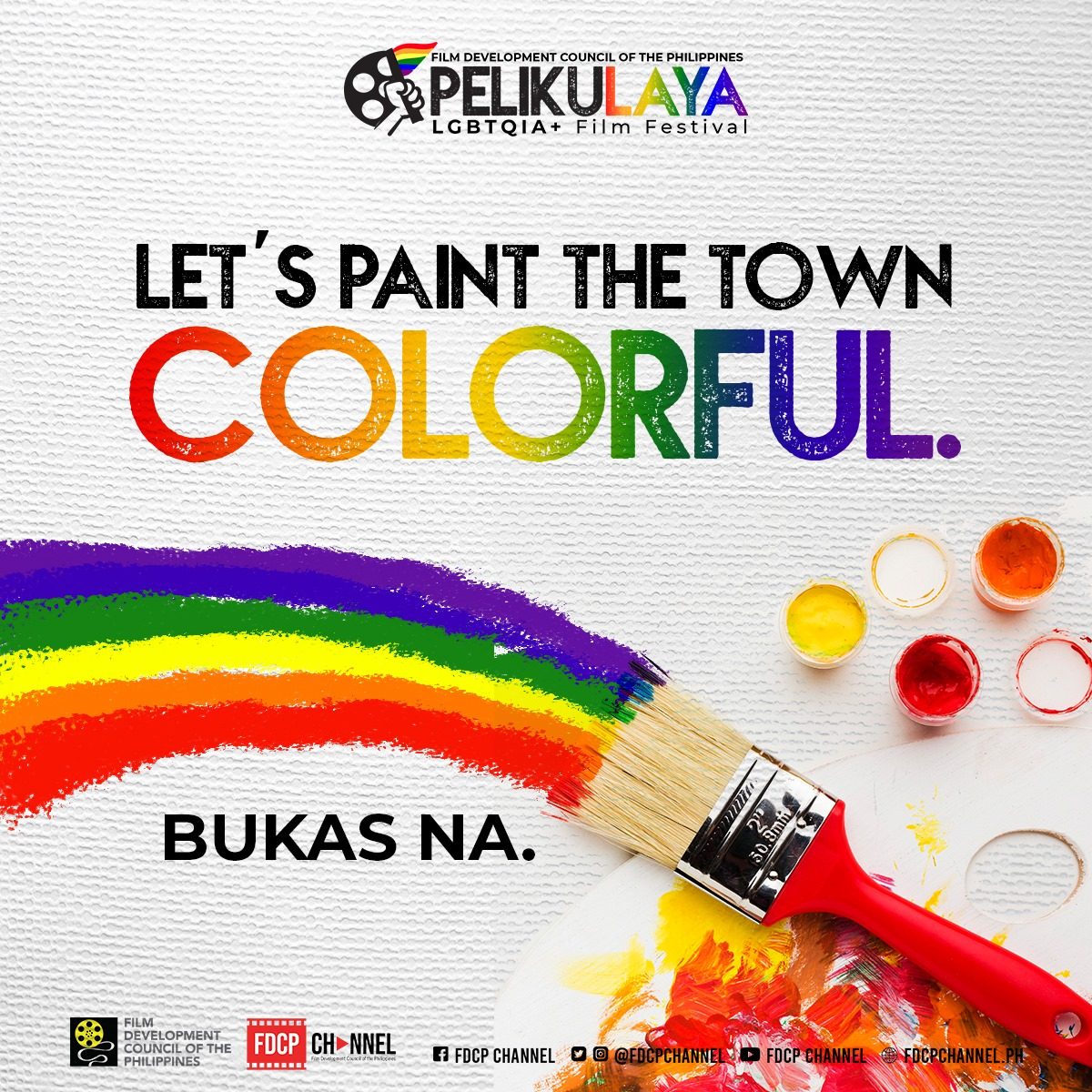 PRIDE. The Film Development Council of the Philippines launches the second edition of 'PelikuLAYA', an LGBTQIA+ Film Festival

In celebration of Pride month, the Film Development Council of the Philippines (FDCP) launched the second edition of PelikuLAYA, an LGBTQIA+ Film Festival.

“[It] is our way to express our continued support for gender equality and inclusivity by creating platforms to bring to light the struggles, celebrate the achievements, and champion the causes of the LGBTQIA+ community,” said FDCP Chairperson and CEO Liza Diño.

Beginning Friday, June 4, 23 subscription films will be available on the FDCP’s website until June 30.

French film Portrait of a Lady on Fire by Céline Sciamma will also have its online Philippine premiere through the festival. The 2019 Cannes Awardee for the Queer Palm Prize and Best Screenplay stars Adèle Haenel and Noémie Merlant.

It will be available for rental for PHP 220 with a 7-day access that expires 48 hours after the first play.

Four films will be available for free throughout the festival: Budjang by Rhadem Morados, A by Rod Modina, Alex & Aki by Dexter Paul de Jesus, and Doon sa Isang Sulok by Yong Tapang Jr.

Additionally, one-time free screenings will be held for Lihis by Joel Lamangan for the opening program and T-Bird at Ako by Danny Zialcita for the closing program.

Aside from the film screenings, PelikuLAYA will also conduct panel discussions and other special events throughout the festival.

From June 12 to 27, there will be four film talks available across FDCP platforms:

On June 19, a replay of two panel discussions from Pista ng Pelikulang Pilipino (PPP) Film Talks will be streamed for free:

Other events include a “Yo, Gay!” drag yoga session is scheduled on June 20. Participants can get a chance to win special prizes for best dressed with gift cards and vouchers worth up to PHP 1,500 and FDCP Channel merchandise.

A musical performance and fashion show featuring members of the LGBTQIA+ community will also happen during the festival’s closing program on June 30. – Rappler.com