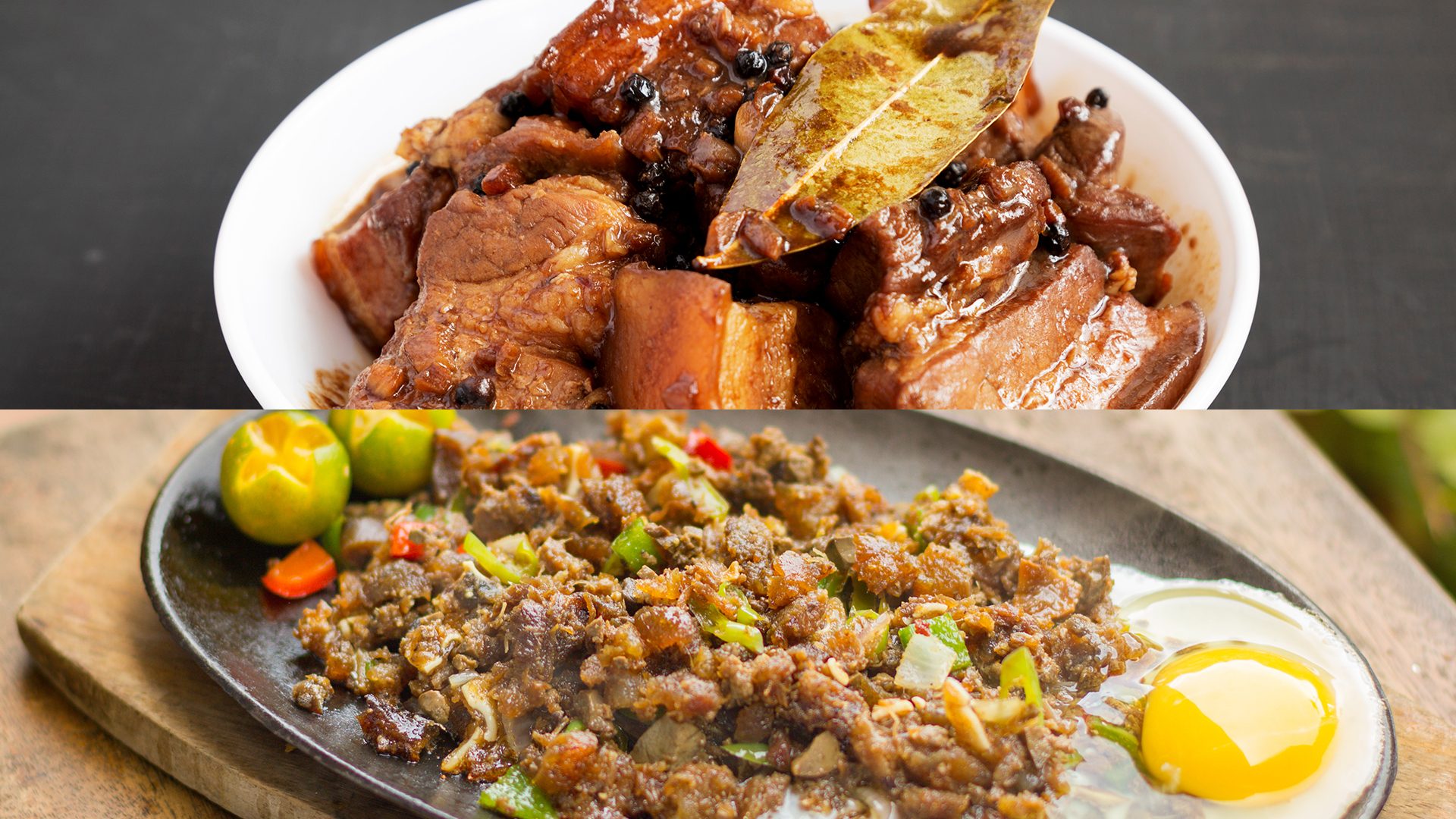 MANILA, Philippines – It’s no surprise that adobo and sisig continue to be globally recognized – and as they should be! International food database Taste Atlas has included the two well-loved Filipino dishes on their annual 100 Best Dishes in the World list for 2021.

Adobo (4.3 stars) came in 81st place, beating France’s Fondue Savoyarde in 85th place, China’s Kung Pao chicken in 86th, and Italy’s puttanesca, which was in 92nd place. Taste Atlas mentioned that the one of the “best adobo” can be found in Manila’s Cafe Adriatico. They also described the salty-sour meat staple as the “closest thing to a national dish in the Philippines,” consisting of browned chunks of meat (usually pork and/or chicken, sometimes seafood), mixed with white vinegar, soy sauce, bay leaves, garlic, salt, sugar, oil, and black pepper.

Adobo: The Filipino staple that’s never quite the same 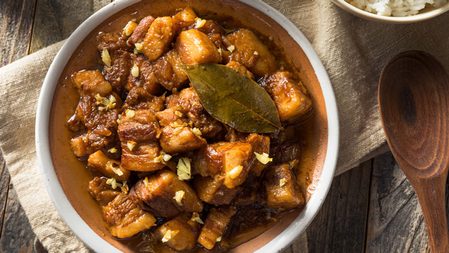 “The combination of these ingredients is left to simmer over low heat, resulting in succulent, juicy, and tender ingredients covered in thick, rich, and savory sauce. Adobo got its name from the Spanish word adobar, meaning marinade or pickling sauce,” Taste Atlas wrote, also nothing that there are a number of varieties of the dish – from spicy, mild, to saucy, or dry versions. Additional ingredients can also be added, such as onions, ginger, lemongrass, chili peppers, atsuete, and/or coconut milk.

The pulutan favorite is typically made by boiling, chopping, and grilling parts of a pig’s head (ears, cheeks, and jowls) and seasoning them with salt, pepper, vinegar, and other spices. The meat is combined with fried onions, chili pepper, and sometimes chicken liver, and then traditionally topped with a raw egg and served on a sizzling plate. Sometimes, mayonnaise or crunchy pork chicharon are added on top for extra texture and flavor.

“Originally, sisig had no meat in it, and was first described in a 1732 Kapampangan dictionary by Fr. Diego Bergano as a salad consisting of guava or green papaya. The name of the dish is believed to derive from the word sisigan, meaning to make sour. It was used as an early remedy for nausea and hangovers, because its sour flavor was considered a vomit suppressant,” Taste Atlas wrote.

Rounding out the top 100 list is Indonesia’s satay in 99th place and Japan’s tonkatsu in last.

On Saturday, December 25, Taste Atlas included lechon, bibingka, kesong puti, and lugaw in their top 100 Most Popular Christmas Dishes around the world. Filipino savory-sour soup sinigang was deemed the World’s Best Vegetable soup in August, with a rating of 4.8 stars out of 5.