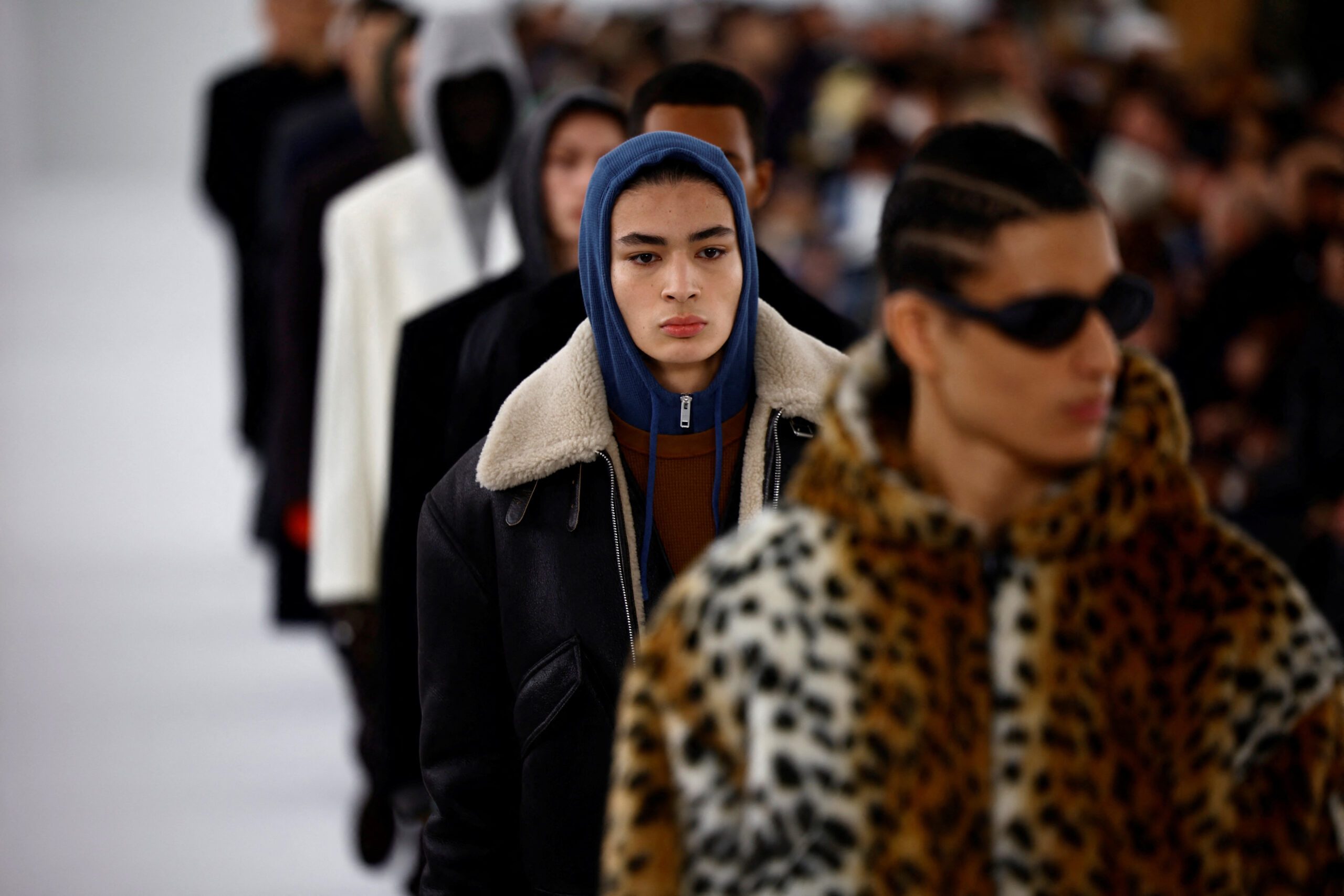 Adding texture, the designer of the LVMH-owned French fashion house also wove patches of color and distressed elements into the line up, which included furry coats in bright colors, shiny puffer coats and exotic skin patterns.

The event was held on the second day of Paris Fashion Week’s menswear shows, which lasts through January 22 and include high end labels Louis Vuitton, Dior Homme, Hermes and Maison Margiela.

Among celebrity arrivals, K-pop star Taeyang, named Givenchy brand ambassador on Tuesday, waved at crowds as he crossed cobblestones to reach to the show venue – a tent set up in front of the imposing 18th century Ecole Militaire complex in central Paris.

European fashion labels are looking to tap into the global popularity of South Korean stars, with an eye to younger shoppers, and the latest flurry of tie-ups include BTS’ Jimin for Dior and rapper Suga at Valentino, also announced this week. – Rappler.com