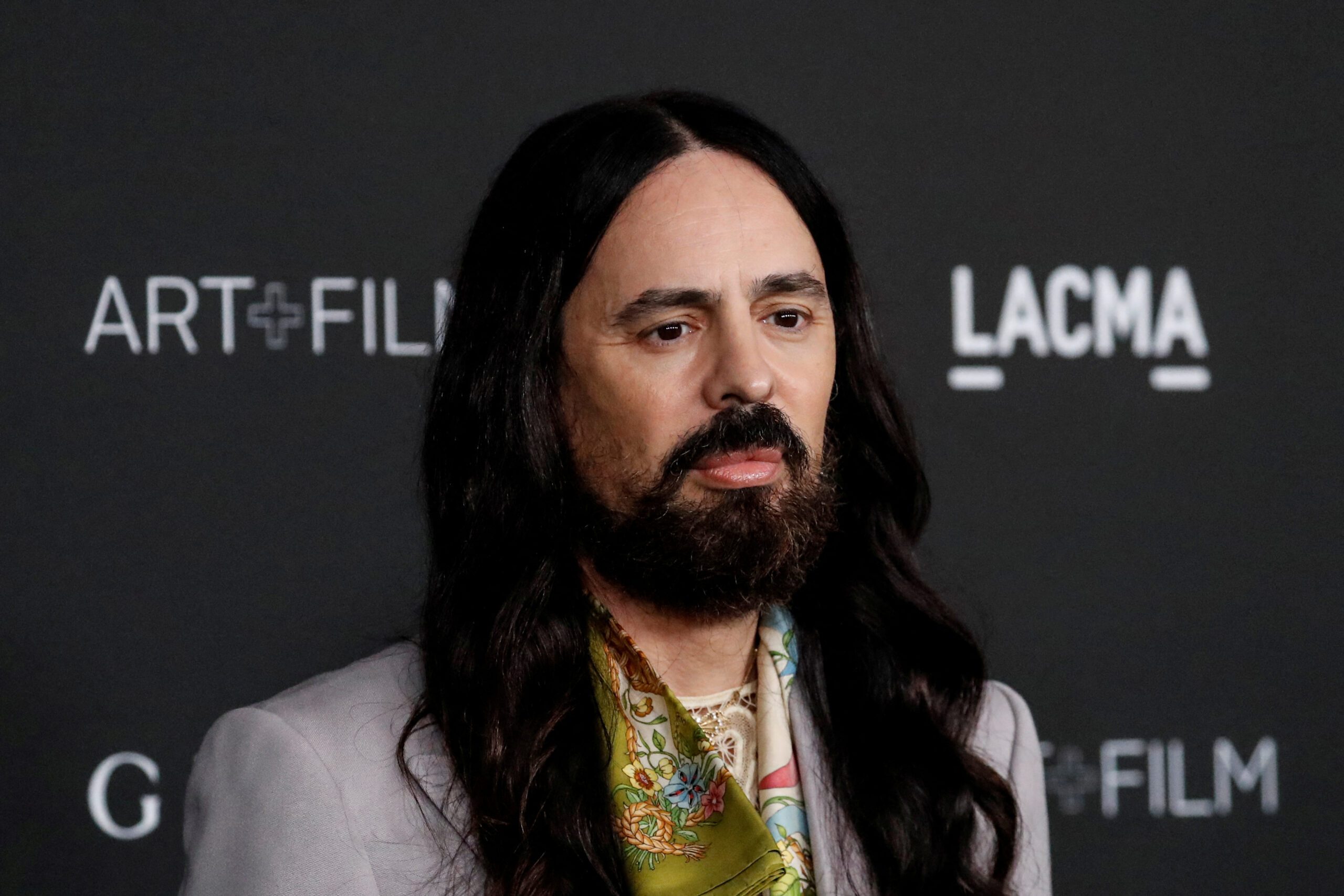 “I am grateful to Alessandro for bringing so much of himself in this adventure,” said François-Henri Pinault, chairman and CEO of Kering in a statement, referring to the designer’s tenure as “an outstanding moment” in the label’s history.

“There are times when paths part ways because of the different perspectives each one of us may have. Today an extraordinary journey ends for me, lasting more than twenty years, within a company to which I have tirelessly dedicated all my love and creative passion,” said Michele.

A former accessories designer, Michele is credited with reviving Gucci’s popularity with flamboyant and gender-fluid styles.

After pulling back during the pandemic, Gucci plans to return to a full fashion calendar next year, with six collections.

Kering did not name a successor to the designer Wednesday, noting that the label’s “design office will continue to carry the direction of the House forward until a new creative organization” is announced.

The shares are down by around 24% since the start of the year, compared with a drop of around 4% for LVMH.

“After seven years in charge of Gucci’s creative engine, it may well be time for a change, and consensus amongst institutional investors appears to be forming that a new approach is required to reignite the brand,” RBC analysts said in a note.

Alongside CEO Marco Bizzarri, he oversaw a period of soaring growth at Gucci between 2015 and 2019, with profits increasing nearly four-fold and revenue almost trebling.

But in recent quarters, Gucci has begun to lag its peers, with its performance in the key Chinese market becoming a source of concern for investors amid COVID-19 lockdowns. – Rappler.com