For UP hopefuls, the struggle starts with UPCAT

Oct 22, 2017 12:54 PM PHT
Bong Santisteban
Facebook Twitter Copy URL
Copied
Three senior high school students from Zamboanga prove that the only reason to push through is the unwillingness to give up 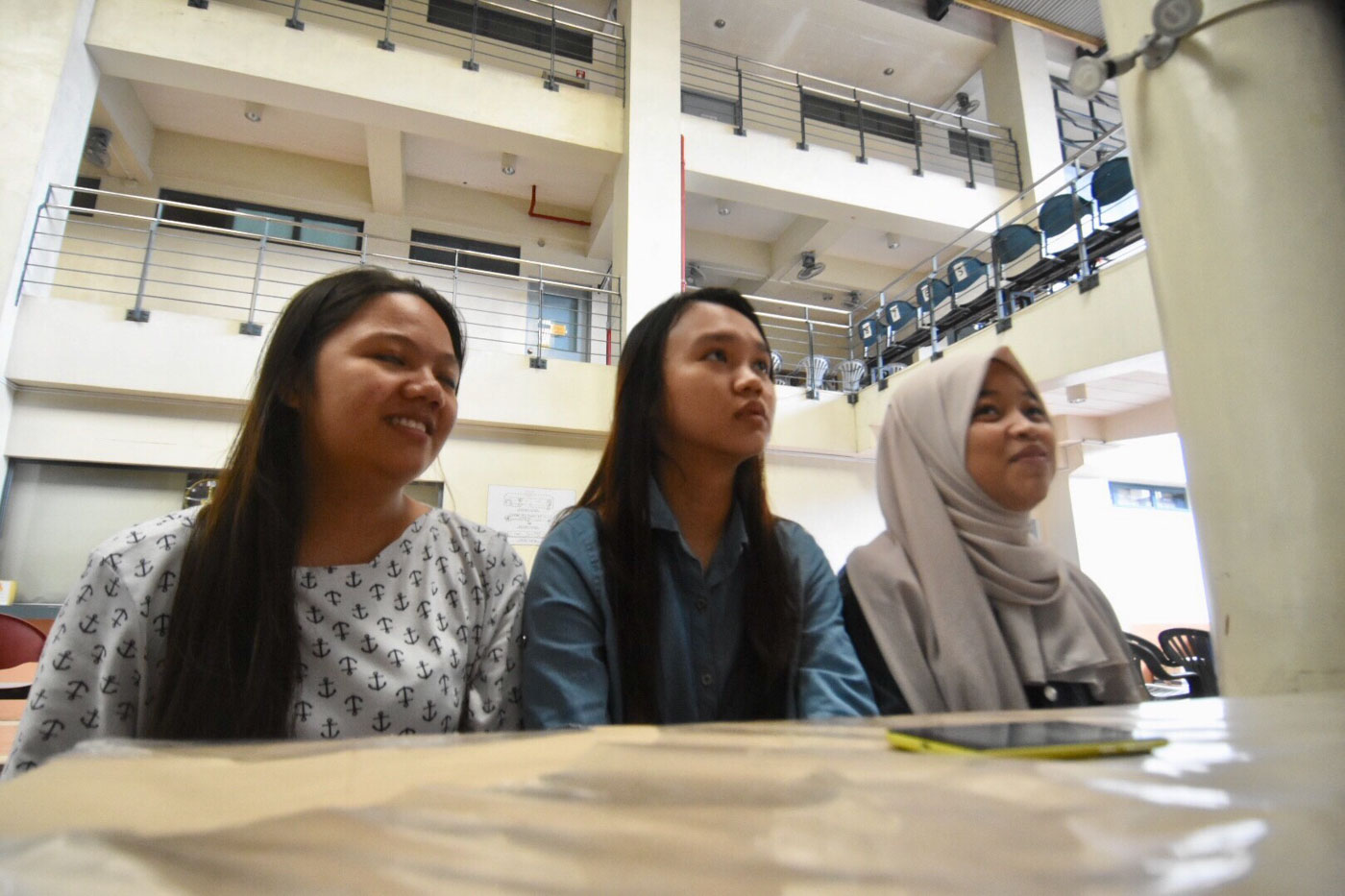 Novebel Caalaman, teary-eyed, asked the admission officer if she could still take the University of the Philippines College Admission Test (UPCAT). She was almost hopeless.

On Saturday morning, October 21, she was denied entry to a testing center at the University of the Philippines–Diliman for arriving late. She claimed, however, that it was not her fault. According to her, they are not familiar of the university grounds and the taxi driver misled them going to UP.

Caalaman, together with her classmates Sitti Nurhaina Bahasuan and Jaymaikah Gumela, are senior high school students from Ateneo de Zamboanga University (AdZU). They went to Manila all by themselves to join more than 80,000 students in a quest to earn a sought-after admission to the country’s premiere state university.

Bahasuan told Rappler that they didn’t have their parents’ approval when they applied for UPCAT last August.

“Our parents don’t want us to study in Manila because it’s too far from home,” she said in Filipino.

Despite this, the 3 of them still pushed through with the entrance exam application, believing that they will discover their true potential in UP. 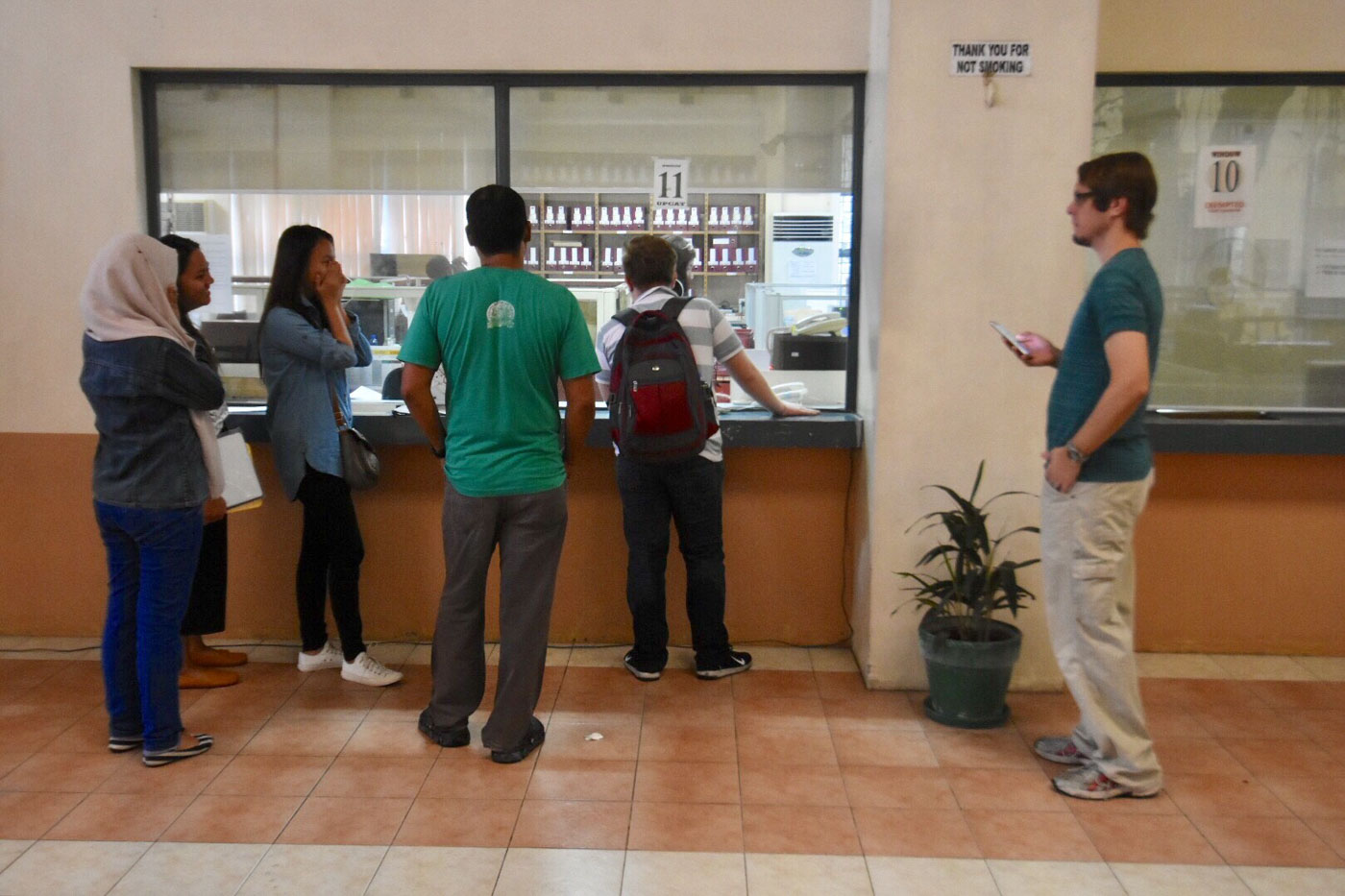 Assigned to UP Diliman as their testing center, each of them needed P6,000 for a roundtrip airfare from Zamboanga to Manila. So for 2 months, they took a cut from their daily allowance and added it to the savings they have initially pooled together. Before they flew to Manila on Thursday, their money reached just enough to cover the expenses during their brief stay in Metro Manila.

“We did everything on our own because we are really determined to take UPCAT,” said Bahasuan

To be admitted to the UP system, they have to be at least one of the top 15% of the total number of examinees. That is according to the data showed by UP Assistant Director for Test Administration Marvin Luis Sabado.

This year, UP Admission received 103,091 online applications with 78,486 qualified examinees as of posting.

“This number is heavy but this is why we’re here for, to provide access to the best quality education in the land,” Sabado said. 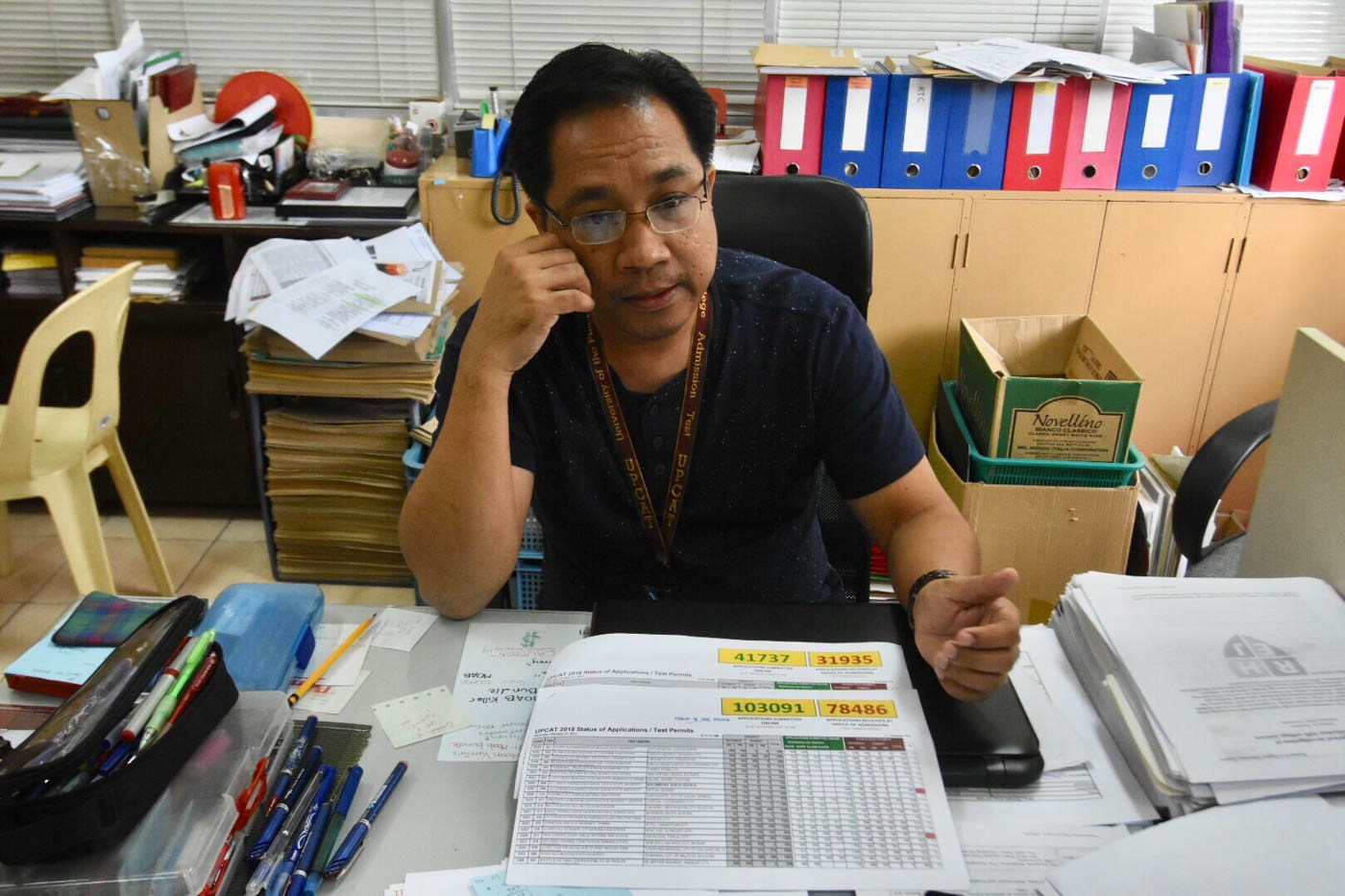 The 3 girls cited the quality of education as the main factor in choosing UP as their tertiary school. This was echoed by many parents of UPCAT takers who took the admission exam on Saturday.

Jun Laride, 54, chose UP for his twins because of the same answer.

“Maliban sa quality ng edukasyon, libre pa ang tuition,” Laride added. (Other than the quality of education, you don’t have to pay for the tuition) (READ: LIST: State colleges and universities covered by free tuition law)

The THE World University Rankings based its scores on 13 performance indicators that cover teaching, research, knowledge transfer, and international outlook, the publication said. The Philippines’ national university got an overall score of 30.6 out of 100. 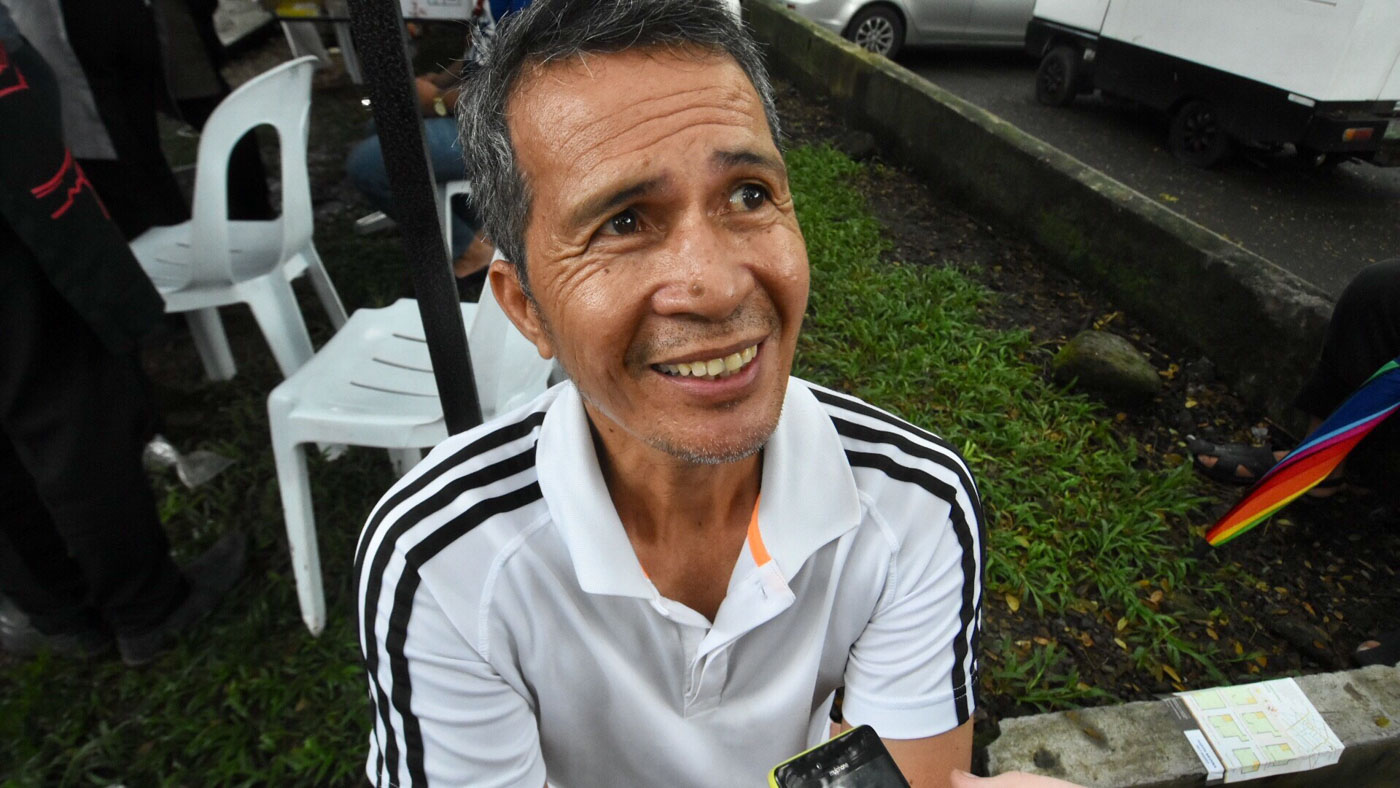 Fortunately, Caalaman’s request to take the UPCAT in the afternoon was granted.

Despite the odds, the 3 are optimistic that they can successfully pass the exam.

They will go back to Zamboanga on Monday, October 23, succesfully making the first step towrds their dreams. If they performed well enough to pass, the UPCAT marks the the beginning of their struggle in UP.

An estimated 100,000 graduating high school students are expected take the examinations in 82 test centers around the country. The UPCAT is administered nationwide, on Saturday, October 21, and Sunday, October 22. – Rappler.com