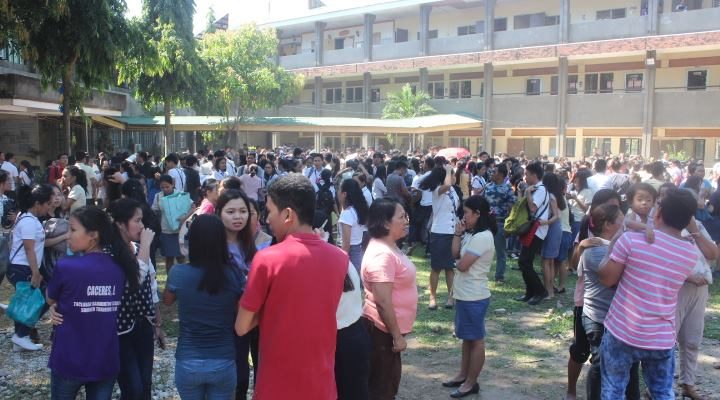 MANILA, Philippines – After a magnitude 6.5 earthquake struck parts of the Visayas on Tuesday, April 23, several schools, commercial and residential buildings, and establishments were evacuated to ensure people’s safety.

The earthquake happened a day after a magnitude 6.1 earthquake jolted parts of Luzon on Monday, April 22.

In a bulletin, the Philippine Institute of Volcanology and Seismology (Phivolcs) said the epicenter of Tuesday’s earthquake was located in San Julian, Eastern Samar.

The earthquake prompted evacuations in Samar, Tacloban City, Leyte, Bacolod City, Iloilo, and Cebu. People who evacuated were only allowed to enter buildings after they’ve gotten clearance from the establishments. (READ: All you need to know about preparing for earthquakes)

According to Phivolcs, affected persons may stay indoors if they are already within a structurally sound building or home. As a precautionary measure, Phivolcs advised people to find the nearest exit and move to an open area that’s far away from trees, power lines, posts, and concrete structures.

Here are photos of some evacuations prompted by Tuesday’s earthquake: 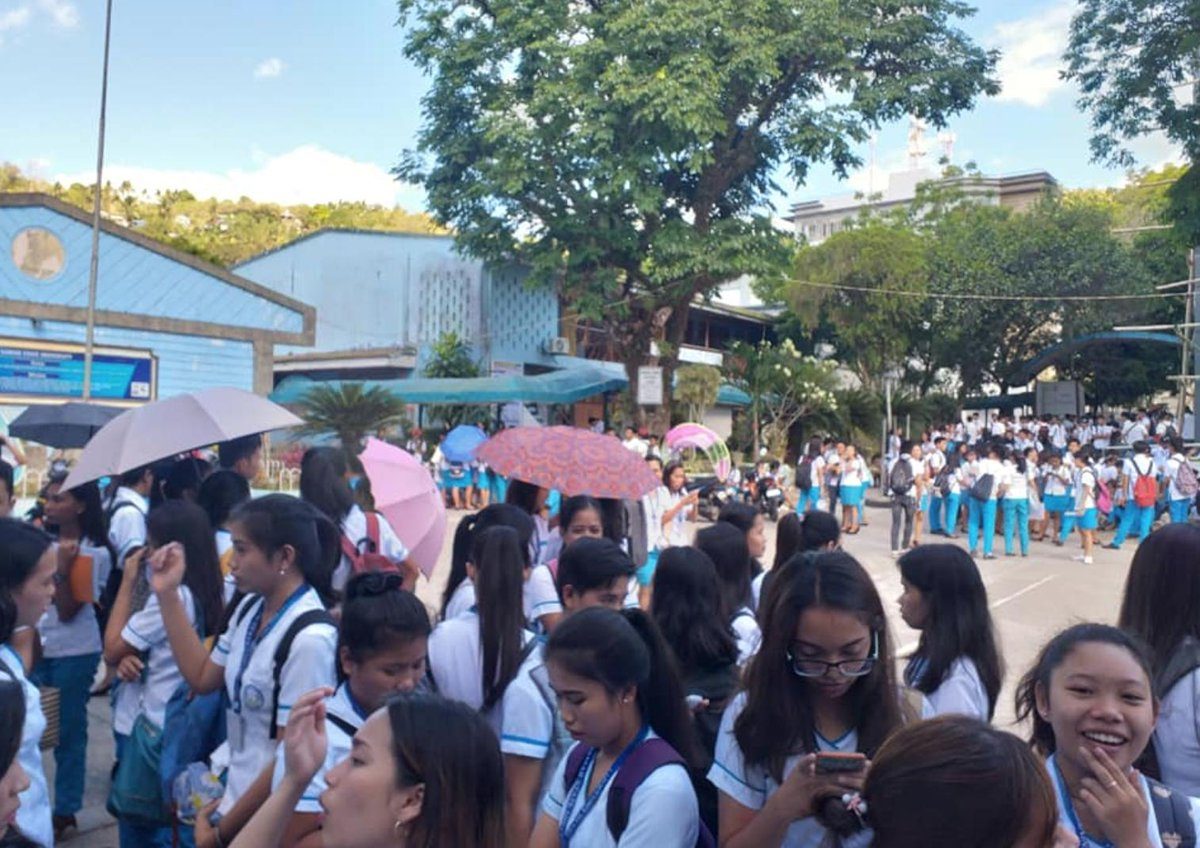 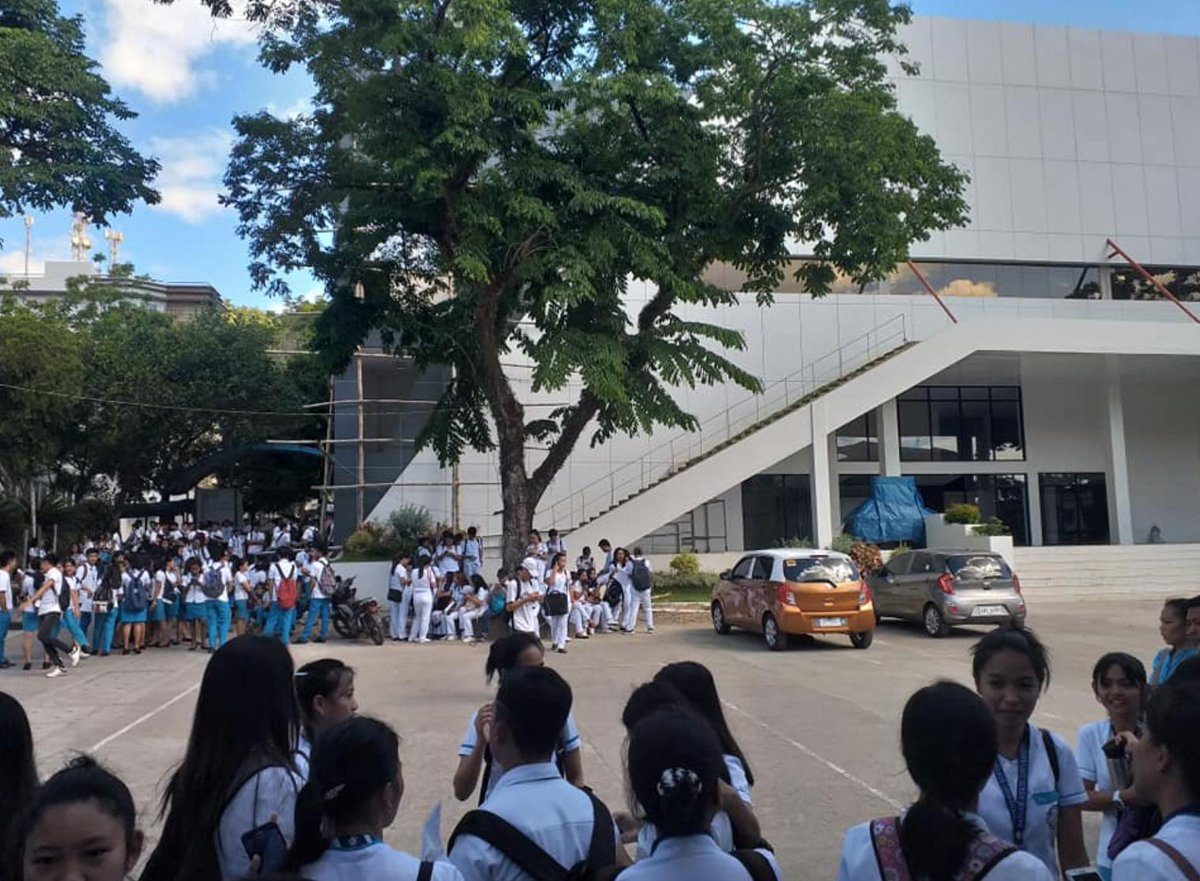 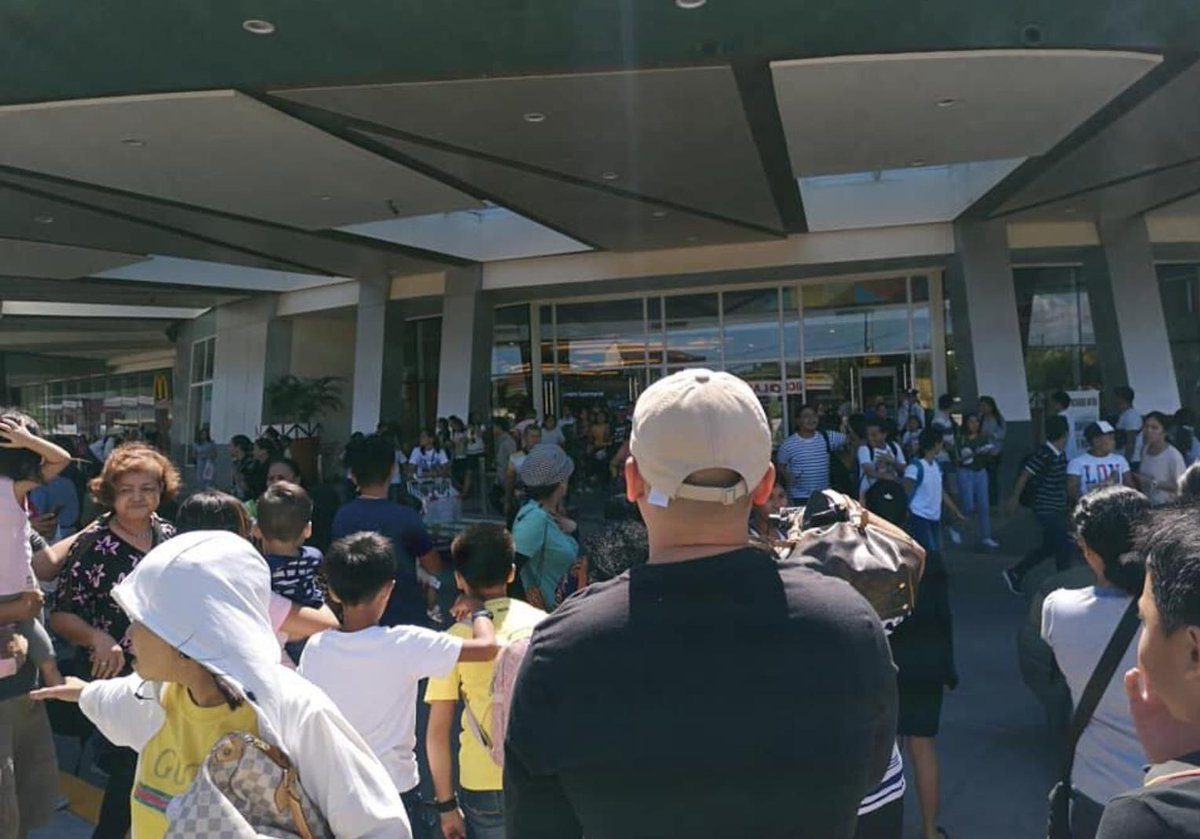 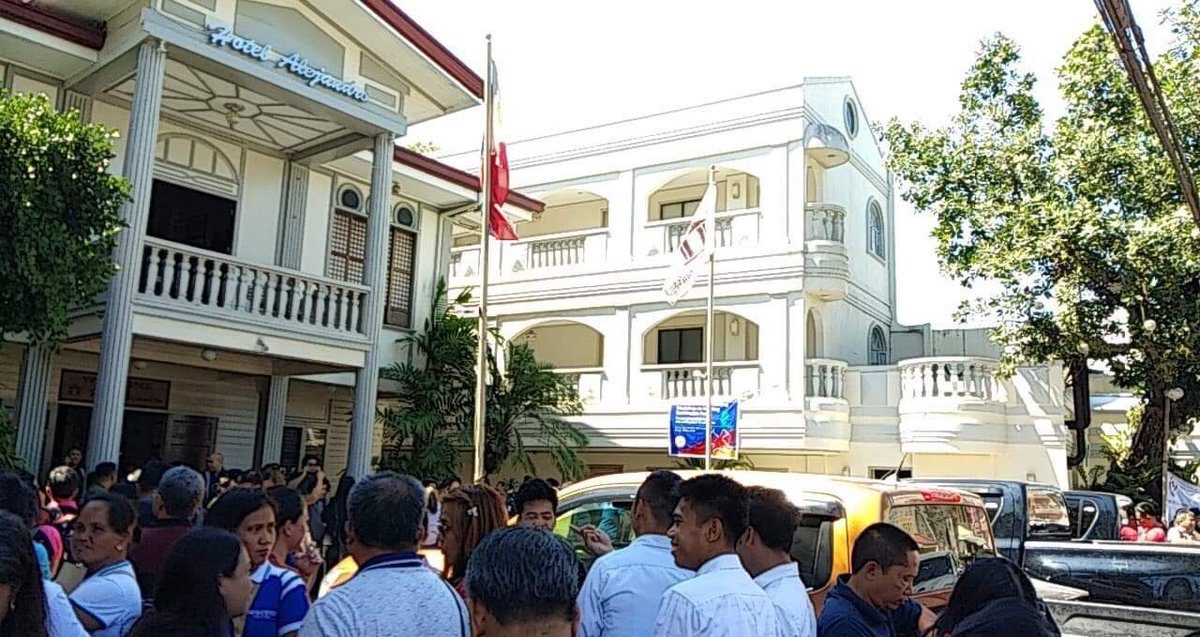 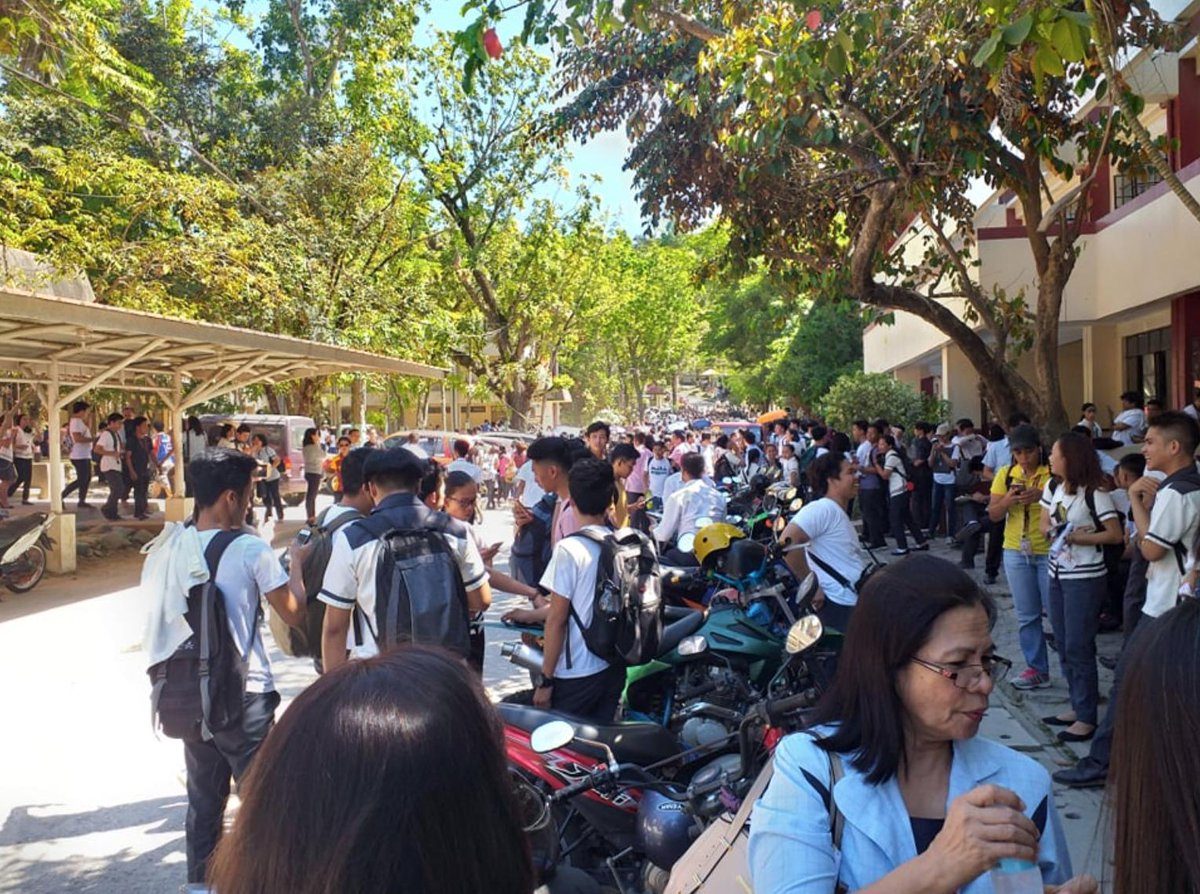 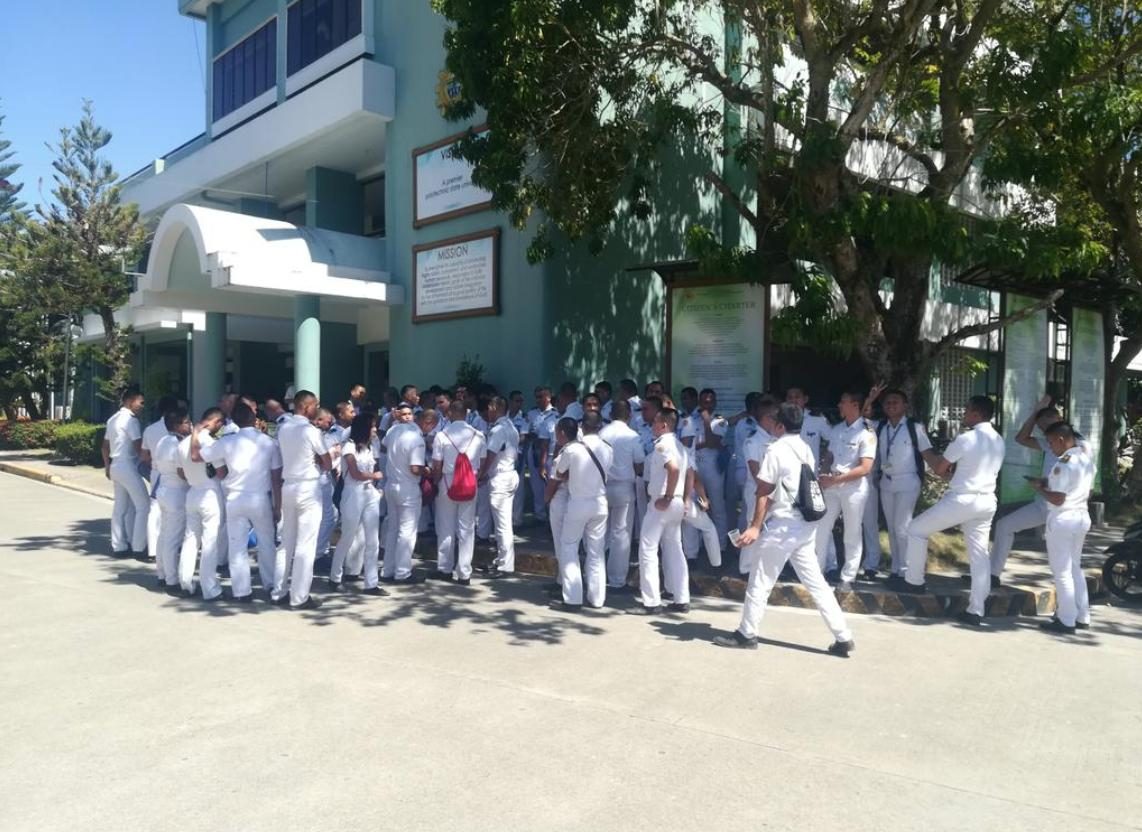 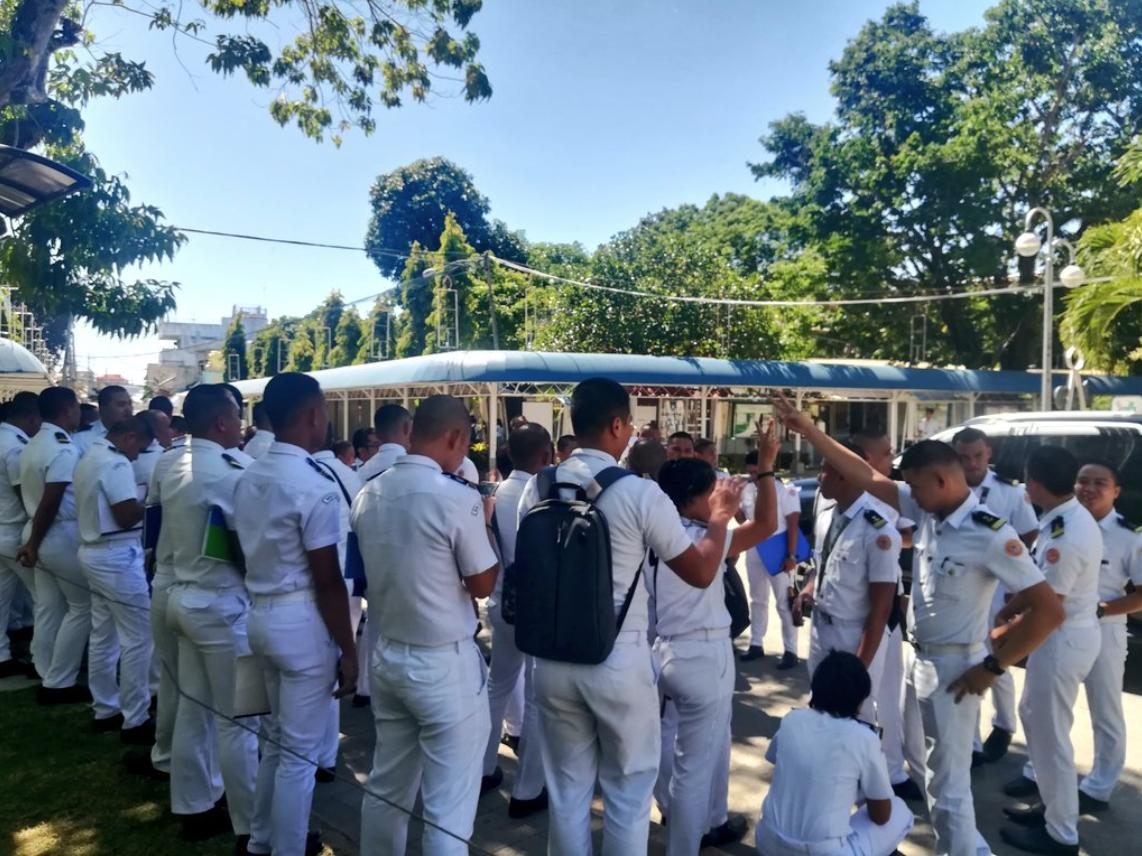