#2030NOW: Advocates rethink gender and development in the Philippines MANILA, Philippines – How can we mainstream gender issues and promote gender equality? Where do women’s rights intersect with LGBTQ+ rights when we talk about gender inequality?

These were some of the questions raised by advocates during the Social Good Summit gender equality Huddle session on Saturday, September 21.

Highlighting the importance of the Sustainable Development Goal on gender equality, advocates explained the challenges of ending gender inequality and including LGBTQ+ issues in the global conversation.

While the United Nations’ Sustainable Development Goals carry gender equality as one of its core tenets, it is limited to women’s rights, leaving behind a huge gap in the framing of solutions to “leave no one behind.”

In the Philippines, the current gender equality policy being implemented is the Gender and Development (GAD) budget policy under Republic Act No. 9710 or the Magna Carta of Women. The policy aims to allocate 5% of the local government unit’s (LGUs) internal revenue allotment for gender development projects.

However, local government units are struggling to grasp where and how to fully make use of this budget. (READ: Oh my GAD: PH allots billions for gender, dev’t)

Maica Teves, executive director of gender and development organization SPARK Philippines, pointed out how most of these projects are wasted on activities such as Zumba and women’s night that add little to no value to the cause.

In recent years, the Commision on Audit has flagged different government bodies’ misuse of GAD budget for non GAD-related activities.

Advocates have called this out, saying the budget should have been used in line with the GAD Agenda and the GAD Plan, a systematically designed set of programs, projects, and activities with a corresponding budget that respond to the gender issues and concerns of a particular government agency or unit and its constituents.

The Philippine GAD policy was implemented to address issues of discrimination and gender-based violence in the society. A similar struggle is being fought by the LGBTQ+ community.

While the existing GAD code limits its scope to the women sector, advocates believe the policy must recognize all genders.

The LGBTQ+ community, after not being included in the implementation of GAD, resorted to lobbying for a separate bill or the SOGIE equality bill. The bill hopes to address gender issues specific to LGBTQ+ rights but intersecting with women’s rights. (Read: SOGIE equality in the Philippines)

As of this writing, there are around 22 to 25 LGBTQ+ anti-discrimination ordinances adopted by various LGUs in the country. So far, only two LGUs have implementing rules and regulations (IRR) in place.

Nicky Castillo, LGBTQ+ rights advocate and coordinator of Metro Manila Pride, emphasized how IRRs are important in the actual implementation of the ordinances.

(Even though there are existing laws in place on the protection of the LGBTQ+ community, our duty as citizens is far from over. We need to alert the government especially because the policies have not yet been institutionalized.) 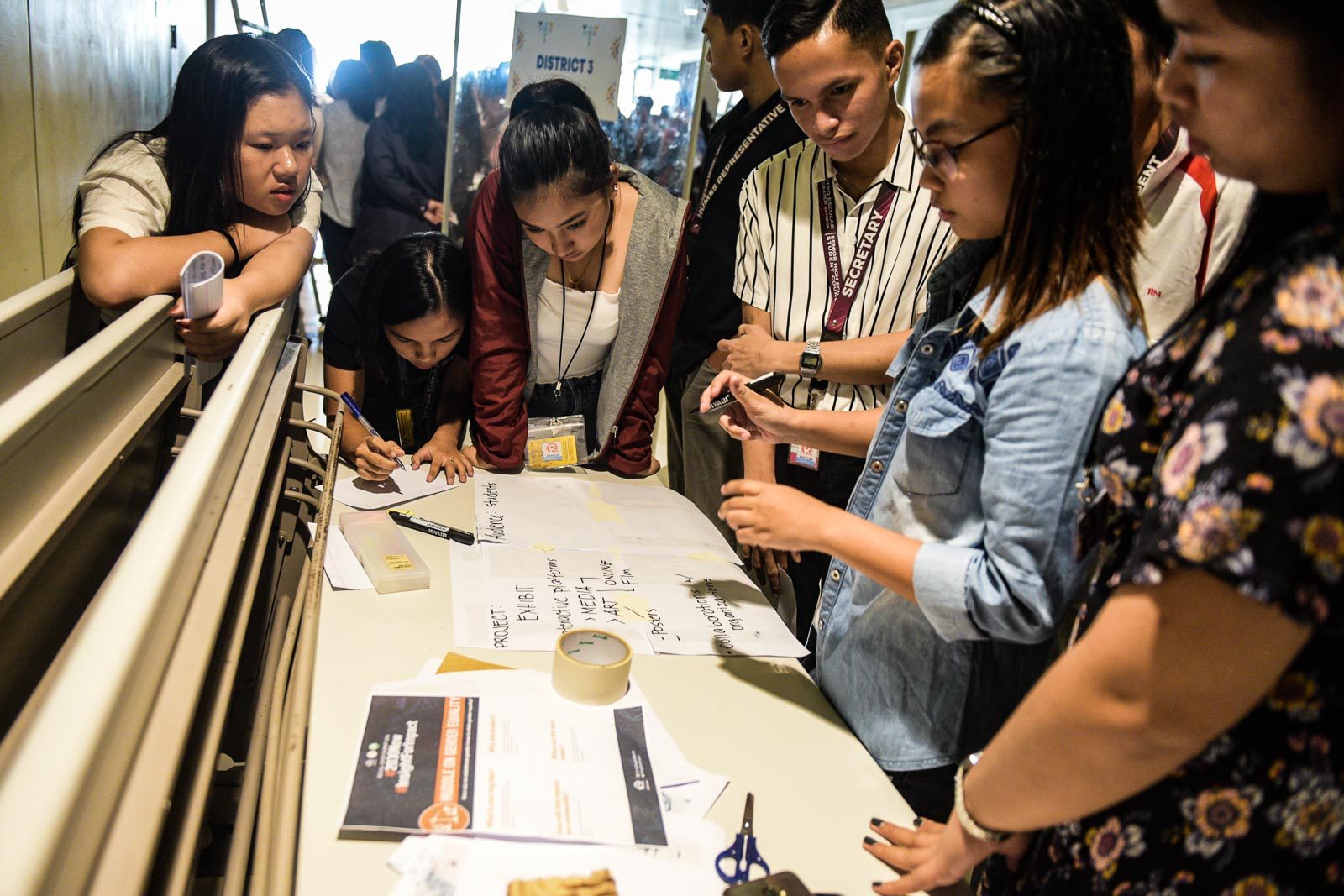 Julia Abad, executive director of the Philippine Business Coalition for Women Empowerment, pointed out that GAD is a policy that looks good on paper but is lacking in terms of implementation.

“In businesses, we ask them if the women are encouraged in their workplace. They always answer yes, but the policy is not institutionalized with them. If it is institutionalized, the environment will be more welcoming,” Abad said.

Despite placing 8th in the 2018 Global Gender Gap Index, the country’s implementation of gender and development policies are not standardized and are often open to interpretation by public officials who are implementing them.

Abad added that these interpretations can come from nuances on gender issues, especially in professional workplaces where women are not given equal opportunity for career advancement unlike their male counterparts. (READ: Is the Philippines really gay-friendly?)

“While women are more educated, they are given ‘women’ tasks like entertaining guests, organizing things, planning menus, etc,” Abad said

To address this, Abad believes that SOGIE education is a first step in dismantling cultural stereotypes against both sexes, and getting a better understanding of gender identity and gender expression. (Read: 3 ways companies can promote SOGIE equality in the workplace)

This situation is not exclusive to women as the LGBTQ+ community experiences the same cultural stereotypes. Among the common stereotypes are cases where LGBTQ+ are discriminated against in academic institutions and even in the workplace.

Castillo emphasized the need for a mass cultural change when viewing LGBTQ+ issues in order to correct an imbalance in the society wherein the LGBTQ+ community has been discriminated for the longest time. (READ: [OPINION] The extra struggles of the LGBTQ+ community in Mindanao)

Homophobia and transphobia often lead to gender-based violence and discrimination occurring in different parts of the world.

In the Philippines, the Philippine Hate Crime Watch recorded around 164 cases of murdered LGBTs from 1996 to June 2012. These cases however are underreported due to fear and intimidation. (READ: LGBTs push for end to hate crimes)

Contrary to popular belief that the LGBTQ+ community is asking for special rights, they are fighting for equal rights based on their experiences of discrimination.

([We want a place] where the LGBTQ+ members are not being killed, not being rejected from their jobs or not getting fired, or getting expelled from school, or encountering psychological and medical force so that they can “pray the gay away.”)

He said that educating people on gender and development using the bottom-up approach is needed in order to properly tackle the issue and implement existing laws. This involves looking into marginalized communities and the issues that greatly affect them. (READ: ‘Why not just Homo sapiens?’: Senators confused by LGBTQ+, SOGIE)

“You have these many forms of discrimination – micro and macro – in those boxes. It’s time to revisit those boxes. And then you will see why it’s important to close the gender gap,” Alviar said.

Why is ending gender inequality important?

“People should be able to live a dignified life,” Castillo said, citing a section from the Universal Declaration of Human Rights.

Zelpha Bombais, press and cultural attaché of the Austrian Embassy, acknowledged that gender discrimination is a global struggle, citing Austria’s case study on gender-based violence. She added that gender inequality hinders the development and productivity of half the world’s population.

The European Union (EU) displayed a score of 41 in the inaugural SDG Gender Index in 2019. Scoring 59 or less means that the country ranked very poorly in addressing gender issues.

Despite the low score, Austria, a component of the EU, is one of the countries slowly taking action on gender issues especially with their recent passing of same-sex marriage.

Castillo emphasized that the grassroots approach to educating people on gender issues must go hand in hand with policy making in order for people to make informed decisions that will benefit women and LGBTQ+ sectors.

“Educating communities is important so they will further understand the relevance of gender and development. People may also urge their LGUs to push for more effective measures,” Castillo said. – Rappler.com